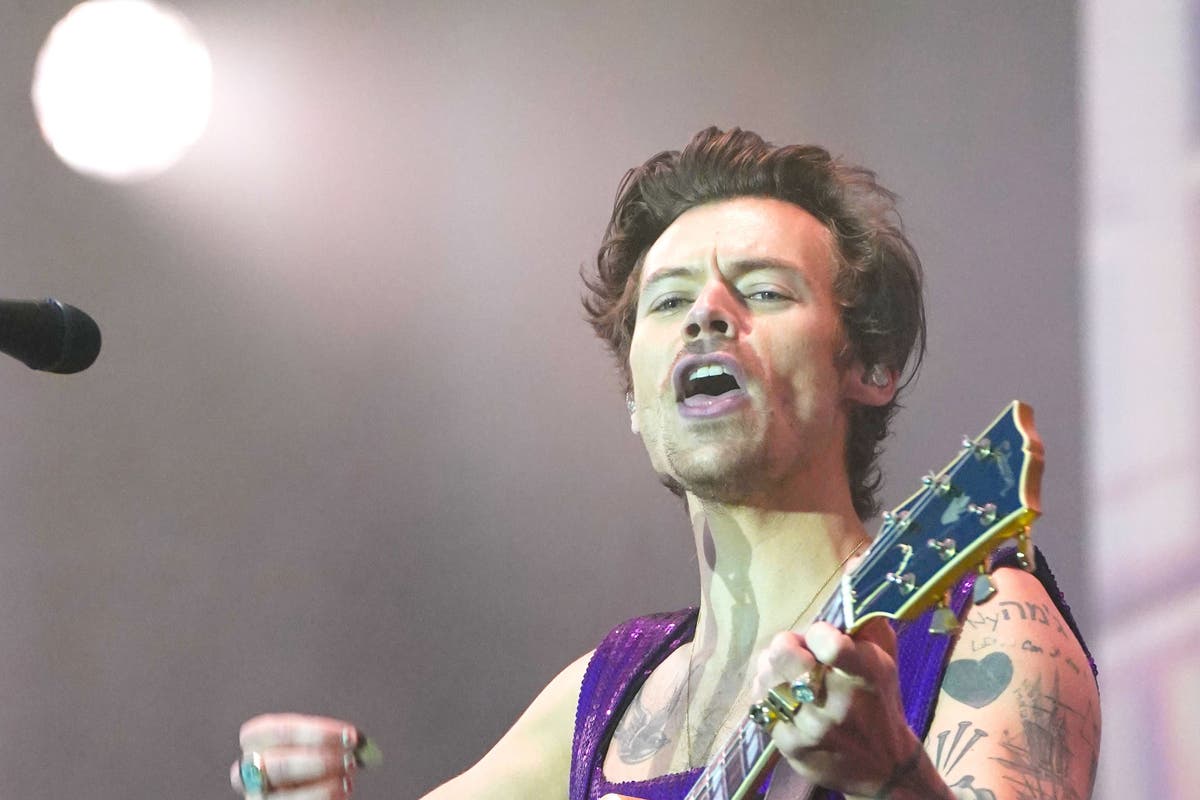 lobal superstar Harry Styles has joined the line-up of performers for the 2023 Brit Awards, organisers have confirmed.

Both Styles and Wet Leg lead the nominations at this year’s Brits, both having secured four each.

Following its release in May last year Harry’s House debuted at No 1 on the UK album charts, US Billboard 200 and over 12 countries around the world.

It has remained in the UK Top Ten Album Chart since release.

In July, he was nominated for the Mercury Prize, a rarity among pop acts, and also further forged his acting career with roles in the films My Policeman and Don’t Worry Darling.

Since launching his solo career, Styles has gained numerous prestigious accolades including two Brit awards, a Grammy, and an Ivor Novello Award among many others.

At this year’s Grammys he is nominated in six categories including album of the year, record of the year and song of the year.

He is also the first man to appear solo on the cover of Vogue Magazine.

Since beginning his Love On Tour shows in the US in September 2021 he has played to a combined audience of more than two million people.

The tour is set to continue worldwide this summer, arriving in Europe in May supported by Wet Leg – with a string of UK dates starting on June 11.

The Isle of Wight duo, comprised of Rhian Teasdale and Hester Chambers, are also nominated for album of the year for their chart-topping self-titled debut, which won plaudits for its sardonic lyrics and angular riffs.

They also received nods for group of the year, best new artist and best alternative rock act, as the awards entered a second year with gender-neutral categories.

Last year, when the awards went gender-neutral for the first time, 18 female artists or all-women groups were nominated – the most in a decade. This year it was 20.

Ryder, who came second at the Eurovision Song Contest this year before climbing to number one with his debut album, was among the nominees for best new artist.

In the international artist of the year category three of America’s biggest female acts – Beyonce, Taylor Swift and Lizzo – will battle it out for the prize.

This year four genre categories will be decided by the public via a vote on TikTok – alternative rock act, hip hop/rap/grime act, dance act and pop/R&B act.

R&B girl group Flo were previously announced as the winners of the 2023 Rising Star award.

The Brits Awards 2023 will take place on Saturday, February 11, and will broadcast live on ITV1 and ITVX from London’s The O2 arena.

Denial of responsibility! Yours Bulletin is an automatic aggregator of the all world’s media. In each content, the hyperlink to the primary source is specified. All trademarks belong to their rightful owners, all materials to their authors. If you are the owner of the content and do not want us to publish your materials, please contact us by email – [email protected]. The content will be deleted within 24 hours.
AitchArctic MonkeysArtistsBeyonceblackpinkDaveEuropeFred
0
Share