Oscars 2023: the nominations are out – but who will win? And who do we think should win? 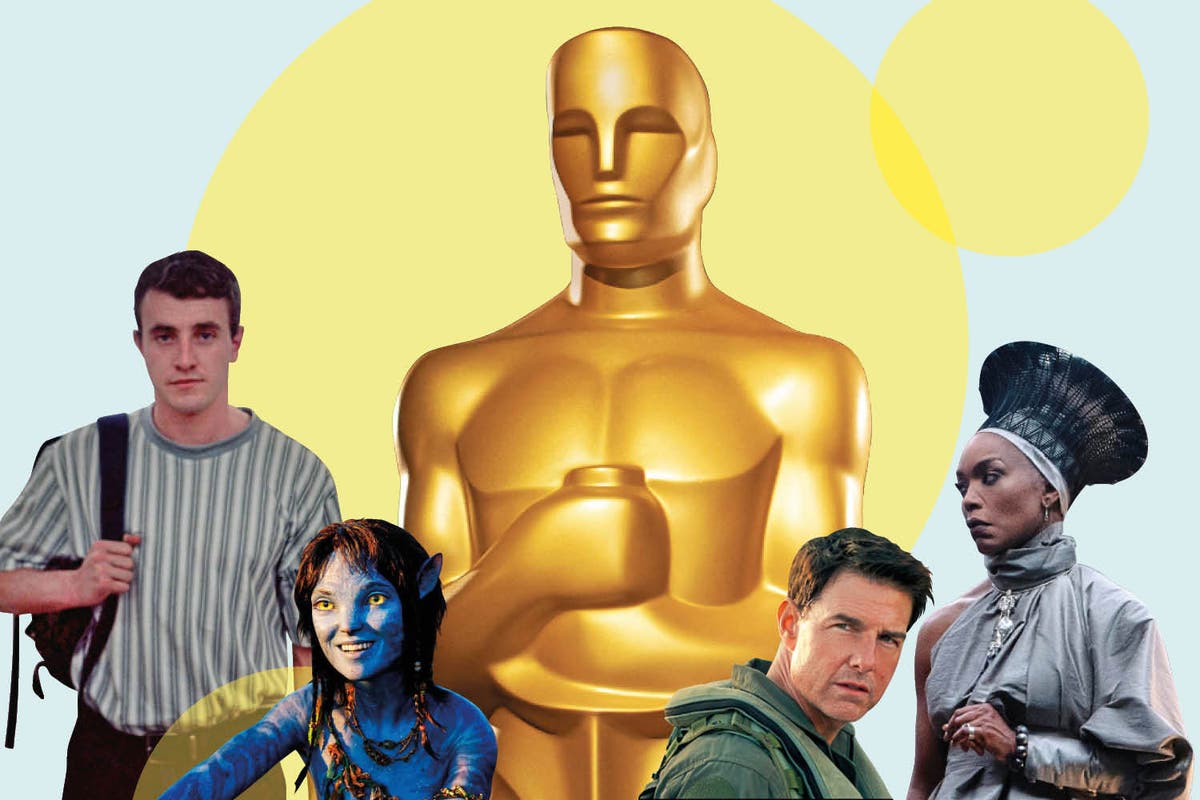 hen The Banshees of Inisherin was released, I said it would inspire awe for centuries to come. I called London-Irish director, Martin McDonagh, a modern-day Mozart. Feckin’ hell, I really failed to curb my enthusiasm.

So naturally, I’m over the moon that McDonagh’s story of a friendship turned extremely sour is up for all the most important awards at this year’s Academy Awards (Best Picture, Best Director, Original Screenplay), and that all four of its stars are contenders in the acting categories. I’m just as ecstatic that gritty meta-verse romp, Everything Everywhere All At Once, pulled off the same feat. The nods for Tár, The Fabelmans, Elvis, Women Talking and Triangle of Sadness? Yep, all fantastically smart choices.

That said, I let out my biggest whoop, when the nominations were announced by Riz Ahmed and Allison Williams yesterday afternoon, for Paul Mescal, who is nominated for Best Actor for his lead performance in blissfully sad indie drama, Aftersun. It’s great to see Avatar: The Way of Water and Top Gun: Maverick recognised (both films left me buzzing) but Aftersun, the debut feature from Charlotte Wells, made for a tiny fraction of the money, is every bit as thrilling as those epics.

Suffice to say, if Danielle Deadwyler’s work in Till had been recognised, this would basically be the best list of nominees EVER.

Here are my predictions – and my preferences.

Nominated: All Quiet on the Western Front; Avatar: The Way of Water; The Banshees of Inisherin; Elvis; Everything Everywhere All at Once; The Fabelmans; Tár; Top Gun: Maverick; Triangle of Sadness; Women Talking

I reckon Academy voters (torn between rewarding high-earning blockbuster sequels and low-budget indie fare) will compromise by giving the top prize to Baz Luhrmann’s crowd-friendly biopic. Elvis spills over with moxy and, thanks to Austin Butler, contains one of the loveliest and most sensual performances of the year. Of course, the recent death of Elvis’ daughter, Lisa Marie, will make any celebrations extra poignant.

The Banshees of Inisherin

Because it’s the movie that made me think and cry the hardest. Colin Farrell plays clingy, unpretentious, donkey-loving Irish farmer, Padraic, who’s such a laugh, until he isn’t. The film’s other characters (played by Brendan Gleeson, Barry Keoghan and Kerry Condon) possess the same ability to stun.

Last year, his wonderful West Side Story only scored one big win, for Best Supporting Actress. Academy voters will want to reward this much-adored director and he’s made it easy for them: The Fabelmans, his semi-autobiographical drama about a movie-mad kid who, on so many levels, watches his parents’ marriage fall apart, is witty, smart and extremely moving. Spielberg dedicated his Schindler’s List win to Leah Adler, aka his mum. If he does win in March, expect his speech to be emotional.

Not everyone loves this wacky take on a troubled mother-child relationship (my very own daughter smote my heart by dubbing it “chaotic and empty”). But it’s like nothing you’ve ever seen and its directors, the Daniels (Kwan and Scheinert) are genine underdogs, telling a story that absolutely no one in their right mind could call Oscar bait. That they’re even in this race is delightful.

Because he’s a marvellous actor, with a delicious giggle, who’s been through hell. And all of the above has made otherwise sane people desperate to celebrate what he does in the god-awful melodrama, The Whale. Director Darren Aronofsky doesn’t allow his star to be subtle. Now that, unlike the film itself, is tragic.

He’s never been nominated before, even though he’s been turning out exceptional work for years (The Lobster, The Killing of a Sacred Deer, After Yang). In The Banshees of Inisherin he gives a perfect performance. That said, if Paul Mescal wins (for his equally sublime turn in Aftersun), I’ll be cock-a-hoop.

It’s obvious Academy voters love Everything Everywhere All at Once (it’s received eleven nominations, more than any other movie).

She’s terrific as conflicted, Chinese-American laundromat-owner, Evelyn. Also, she’s never even been nominated before and it would make history (she’s the first Best Actress nominee to identify as Asian). Cate Blanchett’s turn, in Tár, is superlative, but she’s got two Oscars. Enough already. It’s Michelle’s turn!

It’s not just that he’s touching and spry as the apparently meek and mild husband in Everything Everywhere All at Once. It’s that Quan’s back story is so rich. As a kid, he appeared in Indiana Jones and the Temple of Doom. After that, the work all but dried up, till the Daniels got in touch. Never give up on your dreams… Quan is a fairytale, on legs.

His character, on the surface, is a simpleton. But you’d have to be a moron to dismiss Irish wastrel Dominic, whose intelligence and pain light up The Banshees of Inisherin. Keoghan is always good, but he takes things to a new level here.

She’s Hollywood royalty, overdue for recognition (she’s never been nominated for an Oscar) and, if she does triumph for Everything Everywhere All at Once, is guaranteed to give a rousing/naughty speech. On top of that, her performance as IRS agent, Deirdre Beaubeirdre, is truly scrumptious, an ode to to the kind of deep-down sensual woman whose indomitable mien routinely see her classified as hatchet-faced.

She’s such a crucial ingredient in Ryan Coogler’s bold and emotionally-pummelling epic, which, in the other categories, hasn’t been given the love it deserves. Coogler, and the whole cast of Black Panther: Wakanda Forever, found a way to honour Chadwick Boseman’s talent. Their talent needs to be honoured, too.

Nominated: The Banshees of Inisherin; Everything Everywhere All at Once; The Fabelmans; Tár; Triangle of Sadness

I suspect his scintillating portrait of an arrogant conductor will miss out on Best Picture and Best Director prizes, because it’s a bit “challenging”. Field’s vision isn’t overly esoteric, but to casual observers, it might seem that way. Giving Field this prize makes the Academy voters look classy, which will make everyone happy.

In terms of invention and dark wit, there’s nothing to choose between him, Martin McDonagh and the Daniels. It’s a ridiculously strong year for nimble screenplays. Seriously, there’s not one weak link in this list (Tony Kushner and Spielberg for The Fabelmans, Sweden’s Ruben Ostlund, for Triangle of Sadness? Whoever takes the prize, it’s all good).

Though you wouldn’t know it from looking at the Best Director category, women filmmakers did incredible work in 2023. And Women Talking is the only movie made by a woman to feature in the Best Picture category (PS it has zero chance of winning). Giving writer-director Polley the prize, for her adaptation of Miriam Toews’ 2018 novel, will silence critics who say women have been side-lined.

In her thriller, a group of women in a Mennonite sect in the US react to proof that they’ve been sexually abused by members of their own community. Polley has kept the darkness and subtle urgency of Toews’ enemy-within plot, but added so much humour. It’s a staggering achievement.

Nominated: All That Breathes; All the Beauty and the Bloodshed; Fire of Love; A House Made of Splinters; Navalny

All the Beauty and the Bloodshed

Laura Poitras’ portrait of artist and activist Nan Goldin is unbelievably newsworthy. The film tracks Goldin’s quest to hold “philanthropic” billionaire clan, the Sackler’s, to account for America’s opioid crisis. A win for the movie is the perfect way to increase the pressure on the Sackler family and show where Hollywood’s loyalties lie.

All the Beauty and the Bloodshed

This visually spectacular, intellectually knotty and blazingly tender movie is even better than Poitras’ Citizenfour about Edward Snowden. And Goldin is a natural in front of the camera.

All Quiet On The Western Front

This Netflix drama is getting so much attention. I’m puzzled (the first twenty minutes of Edward Berger’s WWI drama are shocking and awesome; what follows struck me as routine). But the streaming giants really know how to get behind their products. Remember Apple TV+ and Coda?

Colm Bairead’s Irish-language adaptation of Claire Keegan’s novella is a sublime coming-of-age tale, set in the 80s. Chronically shy Cait (newcomer Catherine Clinch; extraordinary) goes to stay with her apparently serene relatives in Waterford, and has her eyes opened to pain and pleasure. Thanks to this quietly subversive story, I’ll never hear the word “daddy” in the same way again.

The 95th Academy Awards will be held at the Samuel Goldwyn Theater on Sunday March 12; and stream live on Oscar.com and Oscar.org as well as the Academy’s Twitter, Facebook and YouTube

Denial of responsibility! Yours Bulletin is an automatic aggregator of the all world’s media. In each content, the hyperlink to the primary source is specified. All trademarks belong to their rightful owners, all materials to their authors. If you are the owner of the content and do not want us to publish your materials, please contact us by email – [email protected]. The content will be deleted within 24 hours.
Academy Awardsaftersunmartin mcdonaghSteven Spielbergthe Oscars
0
Share

Pictures Of Sidharth Malhotra As Desserts