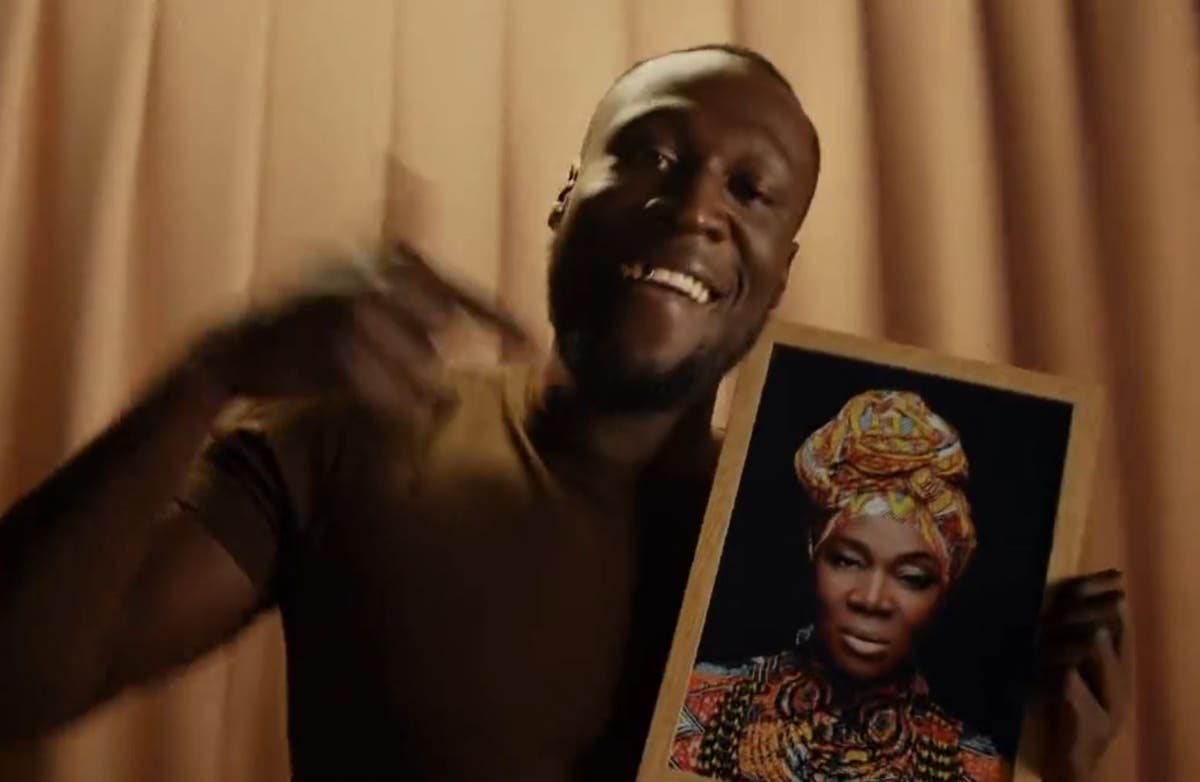 The buzz for the album has been building for a couple of months now, with Twitter awash with fans waiting excitedly for all the tracks to drop – with good reason.

Stormzy is no longer just a rap legend. As shown by his recent interview with Louis Theroux as well as a BBC radio and TV special dedicated to the artist, he’s now a British cultural icon, possibly even a national treasure.

While the anticipation continues to build, his list of collaborators on the project, which vary from Sampha to Nao – show that Stormzy is ready to experiment with his sound – and fans are gearing up to expect the unexpected.

Here’s a look into the artists featuring in the project:

George Moore is a professional musician considered the go-to for keys, with his jazz background at London’s Guildhall School of Music.

The producer has credits from collaborations with Clean Bandit, Kwabs, Lapsley, NAO, Snoh Aalegra and worked with Stormzy on his latest single Firebabe.

The Jamaican-born Birmingham-based producer has worked with some of the biggest artists including Beyoncé (yes that’s right… Beyoncé), Mary J Blige and Jess Glynne.

Knox is known for his unique hip-hop influenced sound and recently worked with Stormzy on his single Mel Made Me Do It, released earlier this year.

The singer-songwriter has a unique selling point of being a keen cellist, fusing her soft vocals with her refined cello playing – beating the primary school curse of never picking up the instrument after Year 6.

Coming from a Jamaican background, Ayanna says that her music is a body of work that “represents, celebrates and pays homage to my ancestral heritage, culture and identity”.

Nigerian singer-songwriter Oxlade has been a rising name in the Afrobeats scene for a few years now. He opened for megastar WizKid at the Star Boy Festival in 2019 before becoming well known in the scene for hits of his own.

Drake posted an Instagram story of him listening to Oxlade’s single Away – resulting in the track gaining over 3 million streams in just 24 hours.

East London-based singer, rapper and producer Scribz Riley has been a prolific producer of hits for big artists such as Cardi B and H.E.R.

If you couldn’t tell by the name – Scribz is also a songwriter, and his natural knack for penning tracks has led him to become a Grammy award winner.

His R&B influenced sound could play well with the new direction that Stormzy seems to be taking with the new album.

Nigerian musician Tempoe actually started his professional career as a web developer. He since managed to veer onto the music route and collaborated with fellow Nigerian artist CKay to produce his first single in 2016 entitled Nkechi Turnup.

Since his debut, he’s received some successful song credits, including working with CKay again on his hit single Love Nwantiti – as the producer of the track.

Hopefully this means we will be getting an afrobeats inspired track from the new Stormzy album.

Ms Banks has been around the UK rap scene for quite some time, with her debut New Chapter EP released in 2016. Since then, she has been growing her list of credentials, which include working with artists including Tinie Tempah, Little Mix and Stormzy himself on previous work, back in 2015.

London-based singer and producer Owen Cutts has attracted some of the biggest and brightest talents in the music industry. He was brought up on blues, funk and soul that formed the basis of the artist’s musical direction and the sound he creates.

When he isn’t making music for some of the biggest industry names, he can also be found showing his passion for sampling and chopping on his Mr Cutts’ Chop Shop project – which sees him play around with existing songs to make dynamic new creations.

Nigerian artist Ayra Starr is only 20 years old but has already become one of the brightest prospects in the country. Having started her career as a model, she made her way into music by posting covers to songs online, before starting to make her own original music.

Her single Away kickstarted her career, hitting number one on the iTunes Chart in Nigeria, as well as number one on Apple Music in three different countries. It seems Stormzy will be experimenting with a lot of African influence on the new record.

Atlanta-based India.Arie is an R&B and soul legend and four-time Grammy winning singer and songwriter – as such, the buzz for her inclusion on this album has been HUGE.

Musical success seems to be generational for her – as her mother was signed to Motown and was an opening act for music legends Stevie Wonder and Al Green. Stormzy’s recent soul-inspired singles could make the collaboration a dream partnership.

Juls is one of the leading producers in African music, and interestingly developed his talent during his studies at the University of Surrey, reading finance at both batchelors and master’s level – h’s clearly quite the multitasker.

Since graduating, he’s picked up significant traction through work with artists such as Kojey Radical, Melek Berry, Not3s and Kojo Funds.

Stormzy is taking advantage of the experience of two big industry names in Joel Peter and Calum Landau.

Joel Peter is a revered songwriter, having studied it at university and taught the skill through his own music project – This Charming House – for over eight years. Calum Landau is a freelance audio engineer and producer, with a core music background that includes running his own promotional company for events and live music.

The combination of the two could have a big impact on the rapper’s new project.

Ghanaian artist Amaarae has been writing songs since she was 13 years old, heavily influenced by listening to Kelis as a child.

Since then, she’s gone on to carve her own career and create her own sound – recently releasing afrobeat-hip-hop influenced hit track Sad Girlz Luv Money with Kali Uchis – which propelled her into the spotlight.

Newly signed to Def Jam records, tendai is a hot new prospect in British music – with the singer and producer describing his sound as “dark purple” – a little confusing but makes sense after some explanation.

His rationale is that a dark purple is so deep and elusive that someone would mistake it for black until they looked a little closer. The implied meaning behind that would be – don’t take his music at face value! This should make for an interesting collaboration.

The Canadian singer-songwriter has been racking up accolades since the release of her single Another Man, which saw her nominated for a Juno Award in 2020. Since then, STORRY has been experimenting with her sound, exploring different areas of music and genres including reggae and pop.

Nigerian singer and entertainer Teni has been making waves on the music scene for a couple of years now. She was named YouTube Music’s Trending Artist on the Rise in 2019.

Since then, she has released her debut album Wonderland, with a feature from Davido. She was also made a Member of the Order of the Niger in her native Nigeria, by president Mohammadu Buhari, but sparked some controversy when she ignored the president while receiving the award.

Nao cracked into the mainstream music scene back in 2015 with a MOBO Award nomination for Best Newcomer. Her career has since hit astronomical heights, picking up BRIT, Mercury and Grammy award nominations.

She’s also had song writing credits previously with Stormzy, on his Gang Signs and Prayer album, so fans are anticipating another great collaboration between the two.

GRADES is a Croydon-based music producer – sharing the same London borough as Stormzy himself. He boasts a huge number of collaborations and has worked with some of the biggest artists in music, including Dua Lipa, DJ Snake and KHALID, with whom he was nominated for a Grammy.

He spans multiple genres including R&B, hip-hop, house and electronic. His versatility means we don’t quite know what to expect yet with his work on Stormzy’s album.

The 23-year-old UK artist Debbie has been causing quite the buzz, with the Londoner’s soul sound putting her into the spotlight. Describing her song writing process, she has said, “As soon as I’ve done my living, then I’ve got something to write about.”

She has co-written with labelmate Stormzy on his This Is What I Mean album, which was the source of much excitement for fans. Her own single Cherry Wine has brought her a celebrity fan in R&B superstar John Legend.

Elmiene has been a musical force within the genre of R&B, with the singer – whose Facebook bio says he’s “based in Bournemouth and Oxford” – crediting D‘Angelo and Prince as some of his biggest inspirations.

His unreleased song Golden was featured in the final Louis Vuitton show for designer Virgil Abloh before his untimely death. The singer follows up his buzz with a credit on this new album.

The London-born singer-songwriter first came to prominence with YouTube covers of songs such as Stevie Wonder’s Don’t You Worry ‘bout A Thing. He’s a multi-instrumentalist and has been able to create various arrangements of classic songs.

His work is so highly regarded that he’s won Grammy Awards for his arrangements on tracks such as You And I, a rearrangement of the Stevie Wonder track that featured in his 2016 debut album In My Room, which he recorded in a small back room of his family home in Finchley.

South London’s Sampha is a fast-rising talent who has been propelled into the mainstream UK music scene after a string of well received releases, including his album release Process in 2017, which won him the Mercury Prize for Album of the Year.

Recipient of BBC’S Sound of 2014 and a 2023 Grammy award nominee following his work on Kendrick Lamar’s album Mr. Morale & the Big Steppers, the acclaimed singer is ending the year on a high with his inclusion in Stormzy’s new album.

Ghanaian artist Black Sheriff blew up in his home country thanks to his viral 2021 First Sermon freestyle – after which he bagged three awards at the Ghana Music 2021 Awards, followed by four awards at the coveted 3Music Awards.

His sound has gained him some pretty high-profile fans, including DJ Khaled, who filmed himself jamming to Black Sheriff’s hit Kweku The Traveller. Hot off the heels of last year’s success, Big Sheriff’s Stormzy collaboration will be one to listen out for.

London producer P2J already has a string of huge artists on his credits list, including Beyoncé (another one!), WizKid, Tems, Burna Boy and Doja Cat. He won a Grammy as part of Burna Boy’s Twice As Tall album for Best Global Music Album.

The London producer’s influence from the deep R&B sounds of Darkchild have led his sound to become one of the most in demand within the genre.

He already has a substantial list of credits in his arsenal, including a feature on UK chart-topping single Alright with Me, by Wretch 32.

This is What I Mean is released on November 25

Denial of responsibility! Yours Bulletin is an automatic aggregator of the all world’s media. In each content, the hyperlink to the primary source is specified. All trademarks belong to their rightful owners, all materials to their authors. If you are the owner of the content and do not want us to publish your materials, please contact us by email – [email protected]. The content will be deleted within 24 hours.
Burna BoyNew MusicR&BRapStormzy
0
Share

The Museum of London: a fundamental clash as the City of London dreams on |…

“The L Word: Generation Q”: Shanes I have known