“The L Word: Generation Q”: Shanes I have known 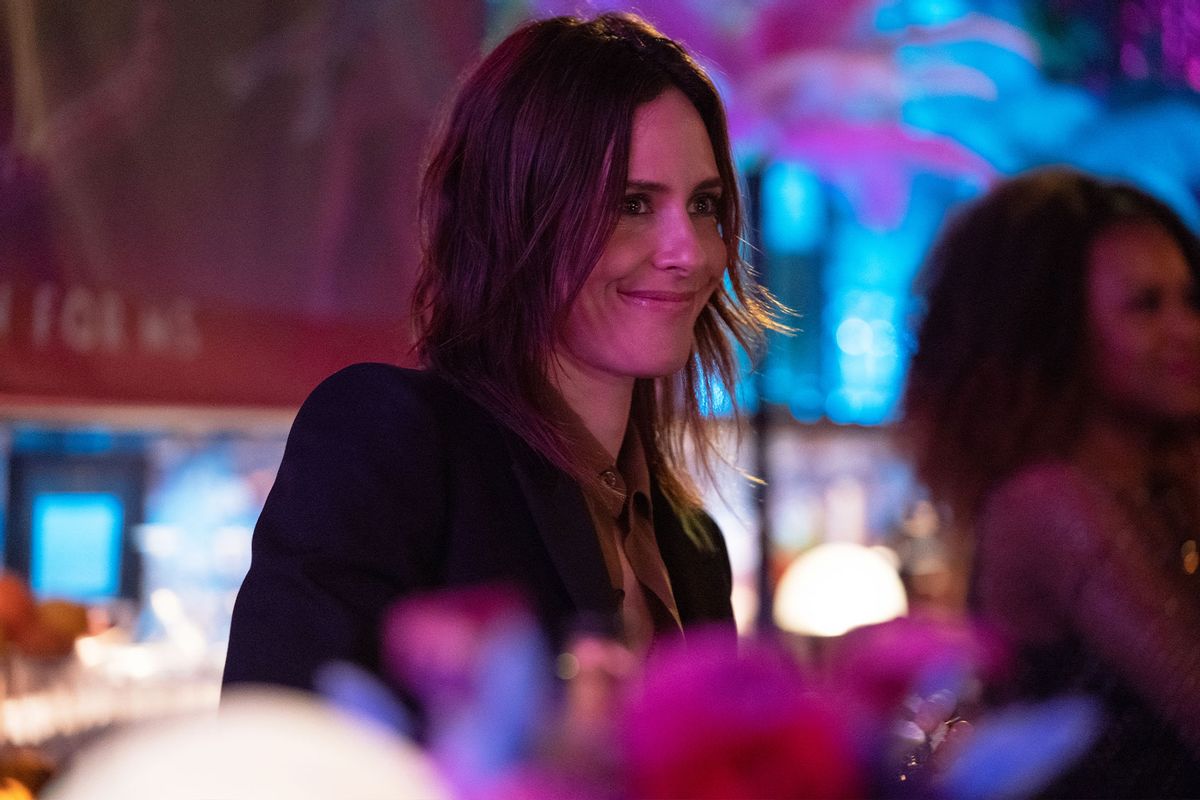 Maybe it was the rumpled hair. Maybe it was the tiny, laced leather vest that barely qualified as a shirt. Or the leather cuff bracelets. Or the low voice. Or the androgynous name and look, still a rarity in popular culture at the time. But once Shane McCutcheon entered the scene of Showtime’s “The L Word” in 2004 . . . well, Bette (Jennifer Beals) put it best, “Whenever Shane walks into a room, somebody runs out crying.”

The show about a group of beautiful, femme lesbians in Los Angeles had to have a bad boy. Enter Shane, played by Kate Moennig with piercing, intense eyes, a gaze that won’t quit and devoted attention that doesn’t either. Until, of course, she moves on from you.

In “The L Word: Generation Q,” which returns a decade later to the same characters (but not to the scene of the crime of Jenny’s death, RIP to a real one), Shane is back. Notably, the character of Bette seems to have matured, softened from her intense, power top screaming — learned something from the loss of the love of her life, perhaps? And Shane appears changed too, at first. Married when the show starts, then swiftly divorced, she still settles down again with dependable Tess (the wonderful Jamie Clayton).

But by the new third season, she’s back to her old tricks. And we fall for them again and again, happily. Why does Shane do this to us? Why do we do it to ourselves? What is it about a Shane?

Shane is a Beatnik poet, drawn to the siren song of the open road. Or, to the sirens. Effortlessly cool, self-assured with a magnetism that seems to come from Moennig herself. As Beals, in Vogue, described first meeting the actor, “The elevator doors opened. She said, ‘I’ll see you around,’ and gave us the peace sign as the doors closed. We turned to one another and simultaneously said, ‘Shane.'”

Like a stray cat, she’s restless. She can’t stay.

In “The L Word,” Shane, after hooking up again with a past lover, perches in a windowsill, looking out over the night like a stray cat. She’s restless. She can’t stay. “The L Word” did some fumbling backstory, trying to link Shane’s fickle ways to her absent father (Eric Roberts, ever-dashing). She survived a difficult childhood and young adulthood which included becoming a sex worker before finding her vocation as hairstylist.

Kate Moennig as Shane, Jamie Clayton as Tess and Leisha Hailey as Alice in “The L Word: Generation Q” (Nicole Wilder/SHOWTIME)By “Gen Q,” that vocation has changed again. Shane is ever-shifting, and she’s put away her hair tools (and popular line of styling products) to become a bar owner. Profitable, of course. Everyone in the “L Word” universe has become wildly successful and financially stable beyond their (or my) dreams. Perhaps that’s why the younger characters introduced in “Gen Q” feel compelling: they’re assistants and social workers at the start of their careers. Or, like Finley (the lovable Jacqueline Toboni): floundering to find a way to even pay the bills.

A Shane cannot be changed.

Shane’s personal evolution is more convoluted. She was drawn to parenthood, becoming the de facto guardian for her little brother in “The L Word,” but by “Gen Q” times, her romantic relationship ends because she doesn’t want a baby. She can’t go through that heartache again. A misguided person might complain to their therapist that they want to be the one to save Shane, to settle her down, to change her.

But a Shane cannot be changed.

She perplexes the heart, in part because she’s more than simply a Don Juan figure. She goes through lovers like coffee cups from The Planet, but Shane is rock-solid as a friend. For the ones she loves platonically, there are no bounds, no end to her loyalty. She’s the only one who is truly kind to Lisa (don’t get me started on Max). Shane’s friendship with the doomed Jenny was one of my favorite parts of the original “L Word.” When everyone gave up on Jenny, dismissed her, Shane stood by her. In possibly the most infamous moment in the show, when Alice spreads news of Shane and Jenny getting together, I shrieked along with the characters. But mine was a hopeful, if deluded, scream.

I wanted Shenny to work.

Yes I, a writer and apparently a hopeless Romantic, wanted the wild and “troubled” writer character to find true love with the untamable lothario. Like the rest of Jenny’s life and story arc, it was not to be. Maybe you really can’t change people, is what Shenny taught me. Maybe you should look but not touch when it comes to a Shane. And maybe Shane can love anyone once, but every lover comes with an expiration date.

In “Gen Q,” Finley seems to have inherited Shane’s crown. But she doesn’t have the original character’s callousness. Fin can’t love ’em and leave ’em, and her wide-eyed, soft butch naïveté gets her into trouble. Shane gets in trouble too but she shakes it off. Nothing sticks to her except hair products. 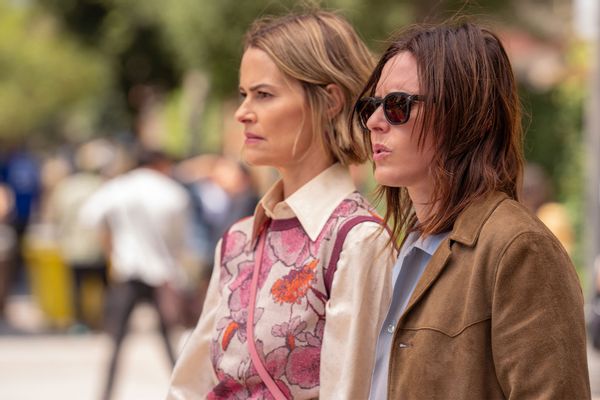 Heartbroken? A Shane will cheer you up, take you out. Heartbroken because of her, though? You’re on your own, kid.

Shane is forever. And Shane is real, reflected in a confident person with a streak of pure solid gold. Where are you? A Shane will come get you. Are you sick? A Shane will stay with you, hold your hair while you vomit, hold your hand through a procedure, fix you soup. Heartbroken? A Shane will cheer you up, take you out — whatever you need. Heartbroken because of her, though? You’re on your own, kid.

A Shane persona represents dependability and stability but only when it comes to non-sexual love. A Shane is so trustworthy, you want the person in your life always, but having a Shane in your love life means that trust goes out the window. You’re drawn to them like a flame and they will burn you like a bonfire.

A Shane is a rare but intense phenomenon, like a 100-year comet. You’ll know if you’re at a party with one. You will feel their tractor beam pull, see the eyes of everyone in the crowd on them. You know if you’ve been destroyed by one — you still aren’t over it. But how to recognize a Shane in the wild? Note the magnetism.

George Clooney is a Shane. Cillian Murphy is a Shane. (Tommy Shelby? Also a Shane). Neither Rosie O’Donnell’s Carrie nor Vi in “A League of Their Own” is a Shane — those characters are too tender, with too much openness and not enough bravado. (Listen, Tina, I won’t forgive you for breaking Carrie’s heart.) Lana Del Rey? Maybe a Shane. Taylor Swift? Not Shane. Cara Delevingne’s Alice from “Only Murders in the Building”? Approaching Shane station. James Spader’s early work? All Shanes. Kristen Stewart as Bella and Robert Pattinson as Edward in “Twilight”? Both Shanes — what a doomed pairing. Carl Clemons-Hopkins’ Marcus in “Hacks”? Too sweet to be a Shane.

Shanes are Scorpios. Shanes are rock stars, but they won’t give interviews or they won’t filter themselves during them. A Shane is a publicist’s nightmare. Shanes can’t pretend to care. If they want you, if they like you, you will know. And good luck to you, sir.

Do you have a Shane amid your friend group? If so, count yourself blessed, and keep them close — and firmly in the friend category. Do you have a Shane in your past list of lovers? If that’s the case, I’m sorry for your broken heart, which will always bear a Shane-shaped scar. It’s spiky, like her hair.

Sunny Deol shares heartwarming video, special message on son Karan’s birthday, ‘you will succeed in life because you take no shortcuts’ : The Tribune India