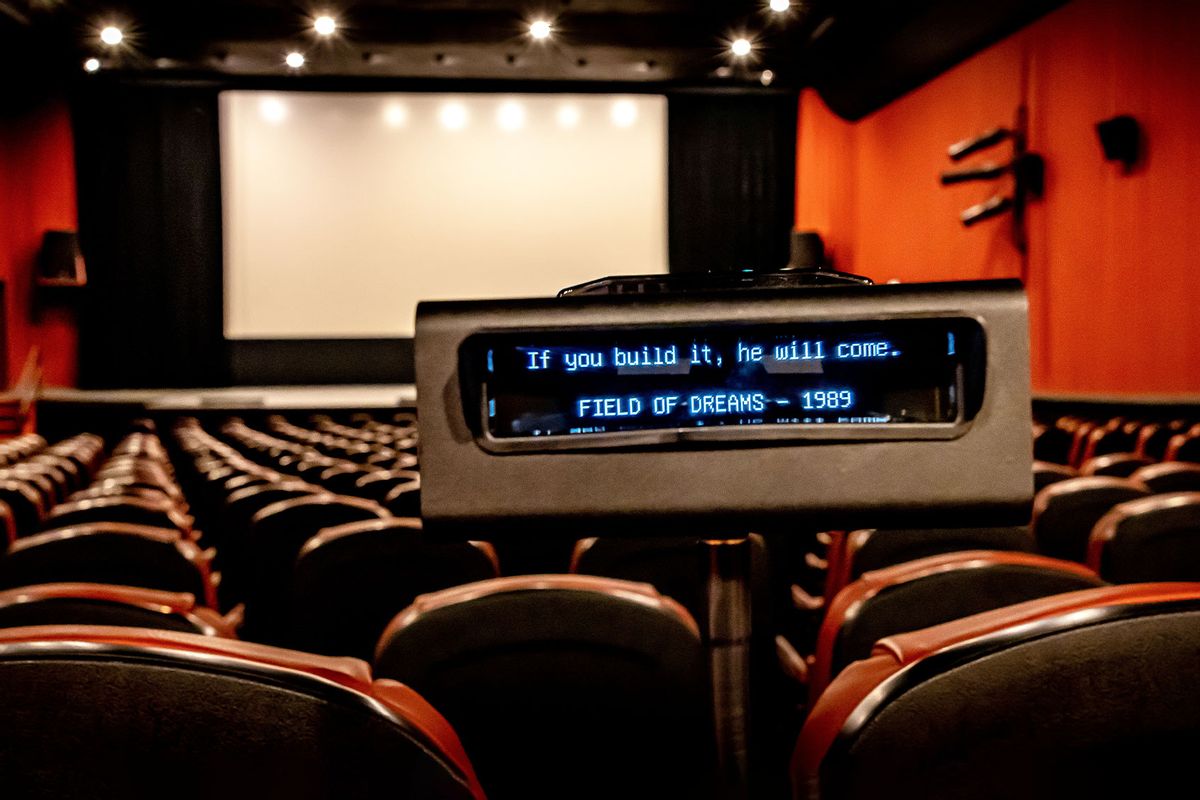 It’s kind of a requirement for me. If we’re watching TV, we have to have the captions on. Seeing a film in the theater is a little more complicated.

On Friday, the U.S. Dramatic Competition jurors at the Sundance Film Festival walked out of the theatrical screening of “Magazine Dreams” because a captioning device provided to one of the jurors, Marlee Matlin, didn’t work. Matlin is Deaf. Other jurors Jeremy O. Harris and Eliza Hittman collectively walked out with Matlin in support. According to Variety, the device was repaired “hours later,” but too late for the jurors to see the premiere.

One of the simplest ways films can be more accessible, through streaming as well as having a theatrical release, is still not consistently profitable enough for studios. And a way to bring captions to all, open captions, which Variety reported the Sundance jurors called for, is not standard. When it comes to accessibility, it can feel like a gamble every time a disabled person like me leaves the house, including the simple act of trying to go to a film.

The device that didn’t work at Sundance was likely similar to the captioning device I ask for every time my family goes to a movie theater. It’s heavy and cumbersome, a rectangular viewer with metal blinders attached at the end of a long, flexible metal pole. The pole screws or fastens into the drink holder of a theater armrest. Yes, this means I and other people who use these devices can’t have our own drink. I frequently bruise my elbow banging into the awkward device which hangs over the seat, there’s no way to get up until the device is removed, and my non-disabled partner has become an expert at trying to adjust the finicky thing. They’re often old and squeaky. Once, one broke in half as we sat there.

In theory, captions appear on the device’s viewer screen when the film begins, which means looking quickly between the big screen in front of you and the small screen near your lap to follow the action and dialogue. At least, captions are supposed to appear.

Not all theaters have these devices. Not all films have them. When I took my son to see “The Last Unicorn,” a hugely influential film from my childhood, I was devasted that the captioning device didn’t work. As someone who is half deaf, that decreases the enjoyability and comprehension of a film exponentially for me and for the millions of Americans like me. As filmmaker Alison O’Daniel writes, “I finally understood why I sleep through so many movies. I am d/Deaf/Hard of Hearing. I do a lot of tuning out when I don’t have access.”

We always get strange and dirty looks from fellow movie-goers when we bring the large, top-heavy captioning device into the theater.

But devices aren’t the only or perhaps best way to provide access. O’Daniel is the writer/director of “The Tuba Thieves,” a feature film, also playing at Sundance, with open captions: a type of captioning which appear on the big screen alongside the film. Both the dialogue and descriptions of sound are written out in text accompanying the visuals.

As O’Daniel writes, “You can’t turn them off. This makes the film fully accessible, as the captions are woven into the fabric of the narrative of the film. They were constructed in tandem with the sound and the images and the story.”

A different type of captioning appears on TV screens and streaming services: closed captioning, which means you can turn them on or off. In contrast, open captions automatically run with a film. They’re always on, and more than that, are an integral part of the movie. O’Daniel has a section of her website that explains clearly how to write these captions. It’s an opportunity to be descriptive, another level of creativity in the creative process of filmmaking.

According to Variety, “Several filmmakers have declined the request to provide open captions onscreen, citing the costs and time associated with making another print.” Variety, which used an outdated term in their article no longer accepted by most in the Deaf community, also claimed unnamed sources “say that some buyers even suggested that including captions onscreen could somehow hurt the film’s asking prices on the market as they try to land distribution.”

But along with adding another creative layer to the story of a film, open captions are much more dependable than closed. Not every person understands how to turn closed captions on and off via increasingly complicated remotes, not to mention on glitchy in-theater devices. Open captions also include everyone, which doesn’t require an individual to disclose anything about their body. It takes time and can be embarrassing to have to declare my disability every time I go to the movies. We always get strange and dirty looks from fellow movie-goers when we bring the large, top-heavy captioning device into the theater (my son has learned to ignore the looks or give them right back).

Perhaps the most frustrating aspect of accessibility is how random it all seems, how much it depends on chance.

Deaf and Hard of Hearing people aren’t the only ones who want and benefit from captions. In a poll conducted this month by Vox, 57% of respondents said they feel they “can’t understand what anyone is saying” on TV or streaming films and use subtitles, while only 2% of subtitle-using respondents said they were deaf/Deaf or Hard of Hearing. Vox attributes the increased need for captions to technological “advances” in filmmaking, including smaller mics, digital recording, mixing for surround sound and more naturalistic performances from actors (i.e., lots of mumbling).

Some places have responded to the need for accessibility better than others. Dodger Stadium has closed captioning devices available for events — but if you have a phone, there’s also the MLB Ballpark app, which you can download for free and view closed captioning via your phone at that stadium and at others. It still doesn’t solve the problem of having to look between a small and large screen (or stage) which often leads to terrible headaches, but at least you can have a drink.

Venues have also answered the need for other types of accessibility. Many theaters offer low sensory performances now, including the Alamo Drafthouse which has regular “sensory friendly” screenings where “the house lights are left a little brighter and the sound is turned down a little lower.” Movie goers who are blind or low vision can use audio description receivers at AMC and other theaters, which feed through headphones a description track of the movie created by the studio. So . . . studios can write out a description track but not open captions?

Maybe your film isn’t ready for Sundance — or anywhere — until it’s ready for all.

Perhaps the most frustrating aspect of accessibility is how random it all seems, how much it depends on chance and the whims of non-disabled people. Will the captioning device work? Will the employee know how to or bother to fix it? Will the one-night only screening with open captions be cancelled?

Eight films at Sundance offered a screening with open captions this year; only two had them with every screening (O’Daniel’s film and “Is There Anybody Out There?” by disabled filmmaker Ella Glendining). Due to a new requirement that started in 2022, New York City movie theaters “must provide open captions in some of their movie showings,” according to the Mayor’s Office of Media and Entertainment. Why some? Which some? Why not all? The Mayor’s Office itself admits, “In addition to moviegoers who are D/deaf and hard of hearing, captions benefit almost everyone, especially people watching movies in their non-native language, and children and adults learning to read.” Everyone in my life who started watching captions because of me still watches them today whether I’m beside them on the couch or not. There is a need and there is a want.

We’re still a long way from movies being accessible. Most advanced screeners of films and TV provided to critics do not have even closed captions available as an option (which ensures critics are all the same kind of people: overwhelmingly non-disabled). And as films still fail to have universal open captions for their theatrical releases, studios are leaving out whole, ticket-buying swaths of the population. Maybe your film isn’t ready for Sundance — or anywhere — until it’s ready for all.