Why do musicians like Elton John find retirement so tough? A music psychology expert explains 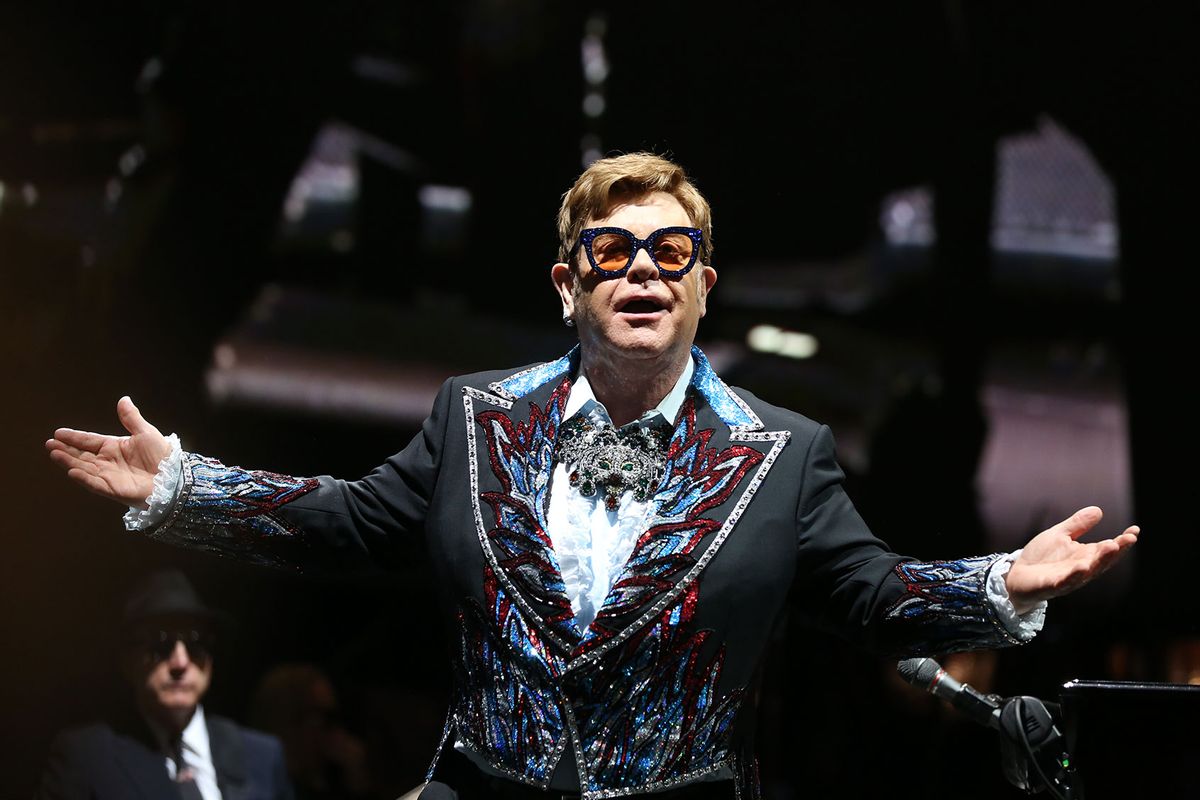 With his Farewell Yellow Brick Road tour, Elton John confirmed his latest plans for retirement. The final show of the tour in July 2023 will be his last. However, deja vu suggests this might not be the last we see of Elton.

The singer has announced plans to retire at least five times since 1984 but is still going strong. By the end of his current tour, Elton John will have performed in over 300 concerts in the UK, the U.S. and Europe and he shows no sign of slowing down. He’ll perform a headline slot at Glastonbury in 2023.

Elton is not the only performer with a history of retiring and unretiring. He is in good company with Barbra Streisand, Justin Bieber, Jay-Z, Lily Allen and Phil Collins.

In contrast with handsomely rewarded performances on the global stage, retirement can be an intermittent pipe dream for many musicians. Long, unsociable hours in the music industry often offer modest remuneration and few of the perks available in other sectors.

There is no compulsory retirement age in the UK, which can be a godsend for lower paid professional performers who find that saving for an adequate pension is beyond their means. In these cases, working beyond the third age is a necessity.

For Elton and his internationally acclaimed peers, however, the incentive to return to performing is less likely to be financial. So why do some successful musicians find it so hard to stick to retirement?

The motivation of the stage

The key to understanding this lies in motivation.

For many musicians, the motivation to perform is intrinsic rather than extrinsic. Extrinsically motivated performers are interested in tangible rewards such as money. Intrinsic motivation meanwhile, is present when a musician performs mainly because of a strong inner desire to make music.

For intrinsically motivated performers, making music is inherently pleasurable and a means unto itself. This partly explains why the music profession remains attractive even if it does not always bring the financial security of other careers. It also explains why some celebrated performers find it difficult to stay out of the public arena.

Among those with a passion for music, the rewards of performance often exceed the financial benefits. The status and accolades derived from a celebrated performance career provide a source of affirmation which can become difficult to obtain elsewhere.

Once human beings have fulfilled their basic needs of food, water, shelter and relationships, self-actualisation becomes a significant driving force. For dedicated performers, achievement in the musical sphere can become an irreplaceable vehicle for attaining self esteem, personal growth and the satisfaction of fulfilling their potential.

You’re only as good as your last performance

Identity is also a central component in the motivation to perform. Continuing to perform professionally can provide validation for musicians, regardless of the level of income and recognition.

For many, being a musician is inextricably linked with their sense of self. Their self worth is then strongly affected by their capacity to perform. This is especially true for singers, as voice is an integral part of identity formation and expression.

There is some truth in the old saying, “You’re only as good as your last performance.” If you’re not performing at all, how good can you be?

For retired musicians, it can be challenging to find a comparable way to channel the energy they once dedicated to performance.

Musicians, like other professional groups, are diverse in many ways, but there are some personality traits different types of musicians tend to share.

For example, classical musicians typically score highly on introversion, which partly accounts for their ability to focus on the solitary practice necessary for developing technique before engaging in ensemble playing.

In contrast, rock and pop musicians tend to score highly on extroversion, often learning and rehearsing more informally in collaboration with their peers. Extroverted performers often derive their energy from audience interaction so it can be difficult to achieve that “buzz” once the music stops.

Performing music is widely recognized as a way of achieving the highly desired state of “flow,” otherwise known as “peak performance” or being “in the zone.”

Providing that the challenge of performing closely matches the skill level of the performer, music can become an all-absorbing activity, which is so immersive that it distorts our sense of time and distracts us from our everyday concerns. During live concerts, the audience and performers can experience a sense of “collective effervescence” rarely achieved elsewhere.

Add in the emotional high derived from the adrenaline released in public performance and we can begin to understand why the rewards of performance can be difficult to replace in retirement.

Rihanna’s “Don’t Stop the Music,” Queen’s “Don’t Stop Me Now” and Elton’s “I’m Still Standing” are these musicians’ ways of telling us that they want to be in the limelight, just as much as their audiences want them to stay there.

This article is republished from The Conversation under a Creative Commons license. Read the original article.