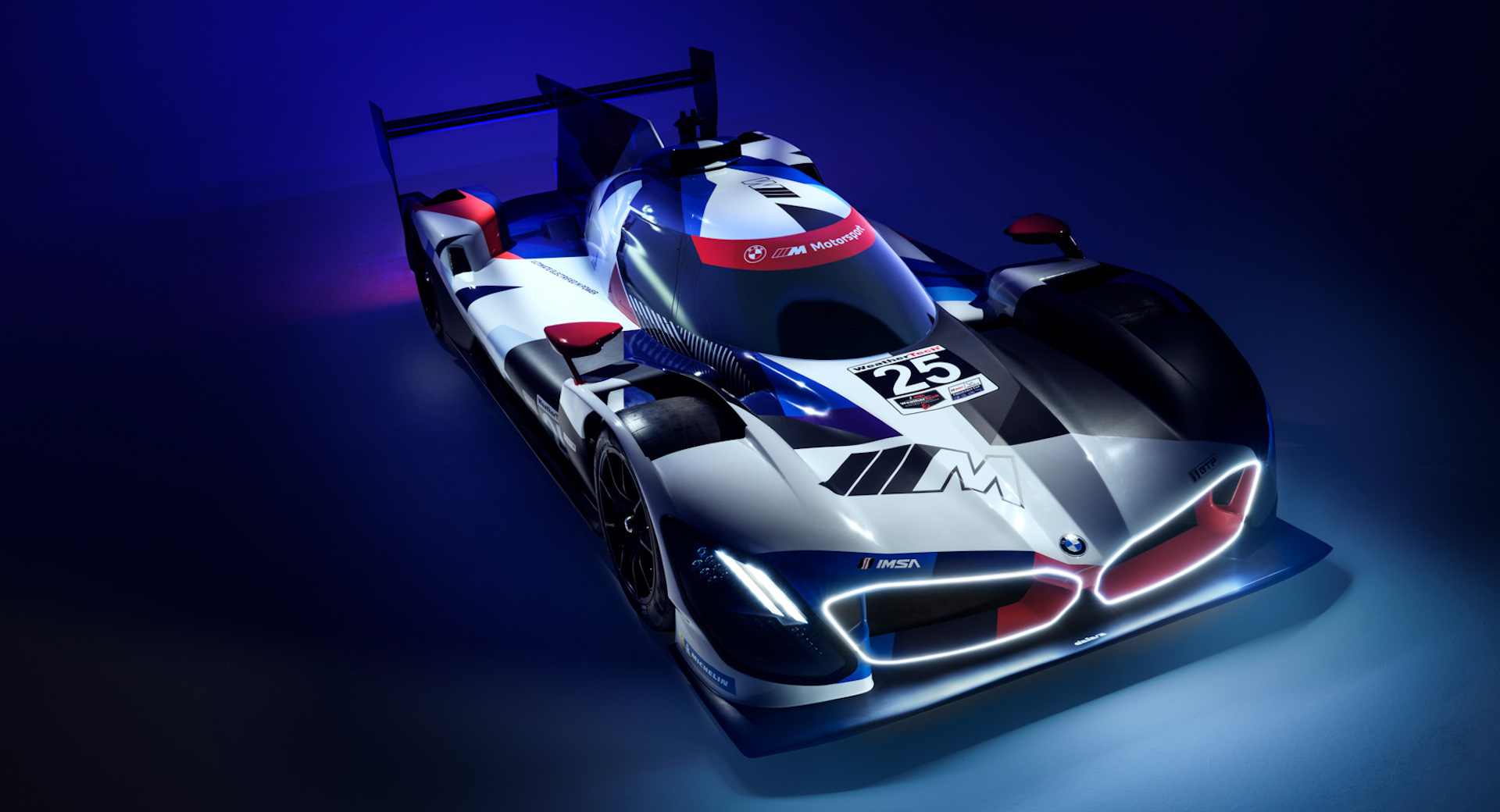 The BMW M Hybrid V8 endurance racer has been unveiled in the U.S. wearing its full warpaint ahead of the car’s race debut next January.

Though you might logically presume BMW uses LED technology to illuminate the grille surrounds, the light is actually generated by a nano-active optical fiber triggered by a laser. The tech, which comes from Swiss company L.E.S.S., was previously seen on BMW’s M Vision Next supercar concept in 2019 and offers useful weight savings versus traditional LEDs. The grilles themselves function as intakes for air that is channeled through the Hybrid’s body structure to create downforce.

The livery contains plenty of clear BMW M signatures including small “M” logos on the nose and roof. But the biggest logo of all isn’t always visible. From certain angles the flashes of light and dark paint on the rear fenders and the central vertical fin simply look like abstract shapes. But when the car is viewed from the side the seemingly disconnected triangles coalesce to reveal a giant M.

Other BMW design elements that might not appear instantly obvious include a diagonal feature line in the rear side pod that’s supposed to mimic the famous Hofmeister kink visible on the C-pillars of BMW’s road cars.

BMW also announced the four main drivers that will pilot the M Hybrid in the GTP class of the 2023 IMSA WeatherTech SportsCar Championship. They are BMW M works drivers Connor De Phillippi, Philipp Eng, Augusto Farfus and Nick Yelloly. Joining the team for the 24 Hours of Daytona is Colton Herta who secured victory at the same race in the GTLM class driving an M8 GTE with BMW M Team RLL in 2019.

Nicola Peltz says Victoria and David Beckham are ‘great in-laws,’ denies any conflict in the family

The Dodge Caliber Is Anything But Good

What It Is and How to Write It [+5 Templates]