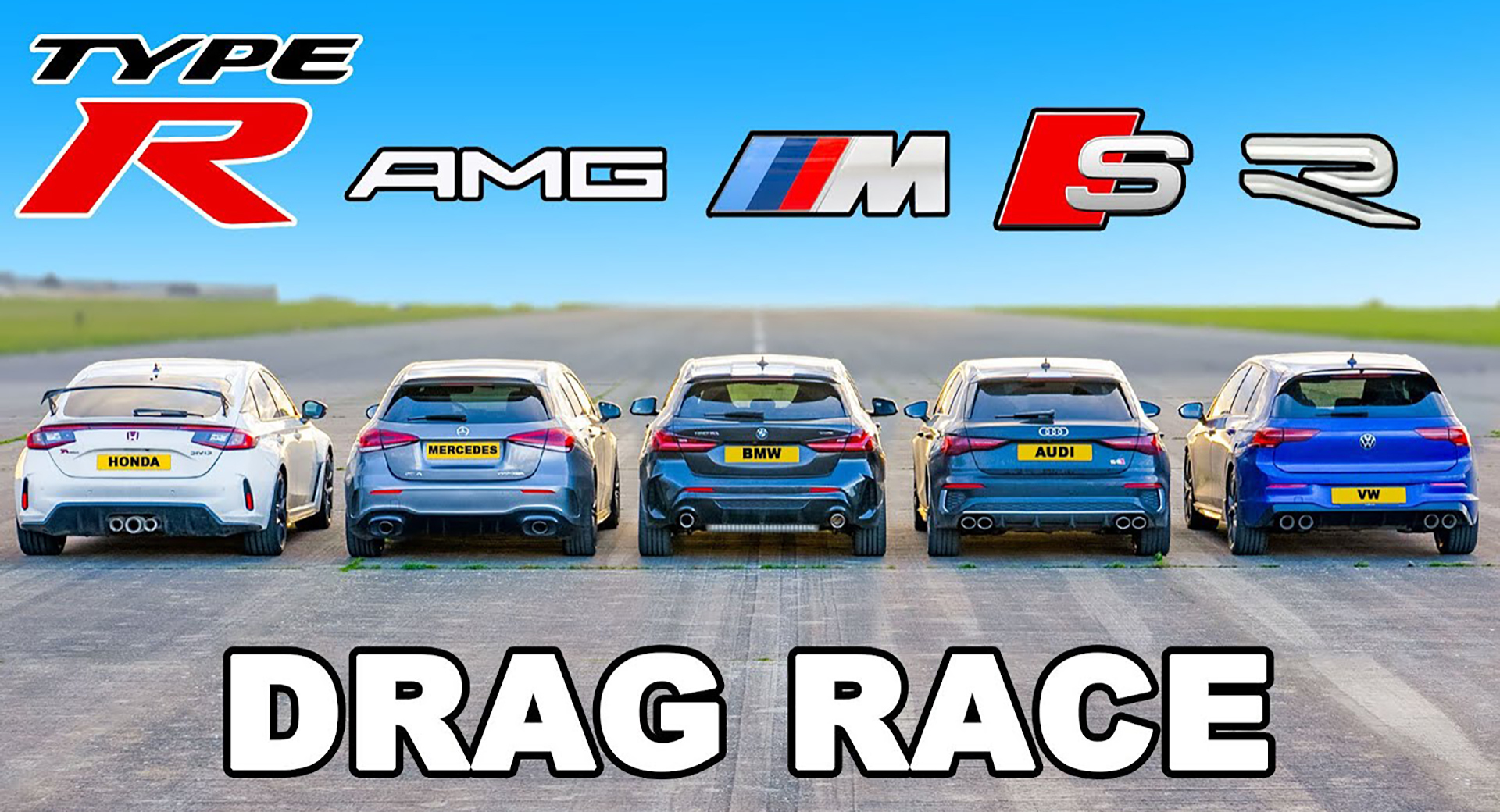 In a race of vehicles with similar power-to-weight ratios, two extra driven wheels make all the difference

The Japanese hot compact market is having a bit of a renaissance with cars like the Toyota GR Corolla, Subaru WRX, and upcoming Acura Integra Type S, however many still consider the king to be the Honda Civic Type R. But how does the that king compare against its German rivals?

That’s what Carwow’s latest video attempts to answer as it pits the Type R against the BMW M135i, Mercedes-AMG A35, Audi S3, and Volkswagen Golf R 20 Years. All five of these cars are powered by turbocharged 2.0L 4-cylinder engines, and all are all-wheel drive and automatic except for the Civic, which is manual and front-wheel drive.

Watch: Can The 2023 Toyota GR Corolla Beat The Honda Civic Type R In A Drag Race?

If you’re wondering why range-toppers like the Golf R make an appearance but not ones like the A45 or RS3, we’d imagine it was to keep power figures roughly even across all the cars to make it a fair competition. However, the drag race turned out to be anything but even. In order, the finishing result went Mercedes, Volkswagen, BMW, Audi, and then the Honda about 5 car lengths behind.

Removing the launch advantage of AWD from the equation, the half-mile roll races were much closer. In all three instances, the distance between the winning and losing vehicle was no more than maybe three car lengths. For the first race, the finishing order was Mercedes, VW, Honda, Audi, BMW. For the second race, it was Mercedes, Audi, Honda, VW, BMW. And for the third, it was VW, Mercedes, Audi, BMW, and Honda.