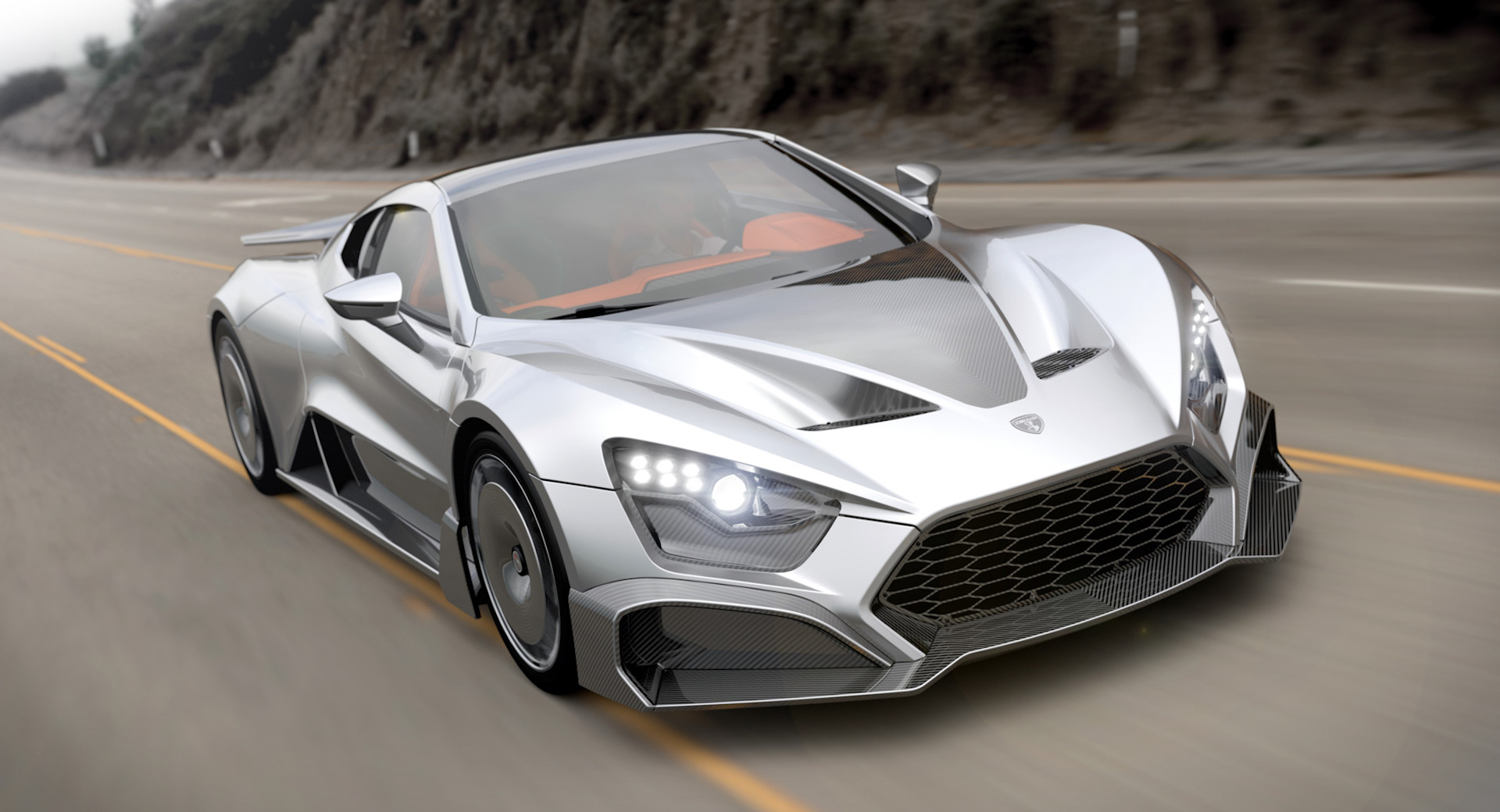 Denmark’s Zenvo is sending its TS supercar series off in style with the company’s fastest ever model, the TSR-GT.

Fastest in this instance doesn’t refer to its ability to lap a race track, but to its top speed. While the stripped-out TSR-S uses its unusual tilting rear spoiler to generate huge cornering grip to make it quick on a circuit, the more luxurious GT’s specialty is going very fast in a straight line, making it Zenvo’s equivalent to the McLaren Speedtail.

While the TSR-S peaks at 202 mph (325 km/h), the GT storms on to 263 mph (424 km/h) thanks to a taller final drive and big horsepower injection. The 5.8-liter twin-supercharged flat-plane V8 benefits from an upgraded inlet plenum and exhaust manifold, and can also run on ethanol-rich E85 fuel as well as ordinary gas.

Power is up from 1,177 hp (1,193 PS) to 1,360 hp (1,379 PS) as a result, but that’s only part of the speed equation. Zenvo’s engineers also focused on cutting drag, meaning the TSR-R’s active spoiler had to make way for a longer fixed wing, and the wheels now wear aerodynamic covers.

To make sense of the new car’s “grand tourer” tag the inside of the GT is a far more refined space than the hardcore S with its bare carbon and extensive use of Alcantara. The GT swaps the fake suede for real leather and adds noise-reducing leather-edged floor mats.

Zenvo hasn’t revealed how much the GT costs, but the answer is kind of academic, anyway: the company is only building three models, and they’ve apparently all been pre-sold to collectors.

Though Denmark, a country with shockingly high taxes on new vehicles, isn’t known as a hotbed of supercar activity, Zenvo has been quietly churning out small numbers of exotic mid-engined machines since 2016. But the firm, which made a series of high-profile hires, is about to step up its activities with the launch of an all-new V12 hybrid supercar in 2023.

Kamal Haasan admitted to hospital, ‘he is recovering well’ : The Tribune India

I Drove a Real-Life BMW M2 on a Virtual Racetrack