Drifting on public roads is a very dangerous act, even more so when it is done by non-qualified drivers. This is the case with a BMW Z4 that morphed into a Mustang while attempting to replicate the power sliding maneuvers of an AMG that preceded it.

The video was posted on the ThatLookedExpensive thread on Reddit, humorously titled “awesome dude”. It shows vehicles presumably leaving a car meet, and trying to do it in style.

The video starts with a previous-gen Mercedes-AMG C63 drifting while exiting a parking lot, before going flat out on a wide stretch of road. The driver of the blue BMW Z4 E89 that followed thought it would be cool to do copy the Merc, but instead of keeping the RWD roadster on the road he ended up in a ditch.

The accident occurred due to the driver’s lack of experience since he turned the wheels too much leading the car off the beaten track. Unfortunately, the ditch next to the road was quite deep, swallowing the Z4 almost entirely. Despite crashing at low speed, the BMW sustained a lot of damage and the repair bill won’t be cheap.

The roadster will definitely need a new front bumper and some work on the underbody, after a good clean in order to get rid of all that mud. We hope that next time, the owner will be more careful. At least there were no injuries reported in this embarassing accident. 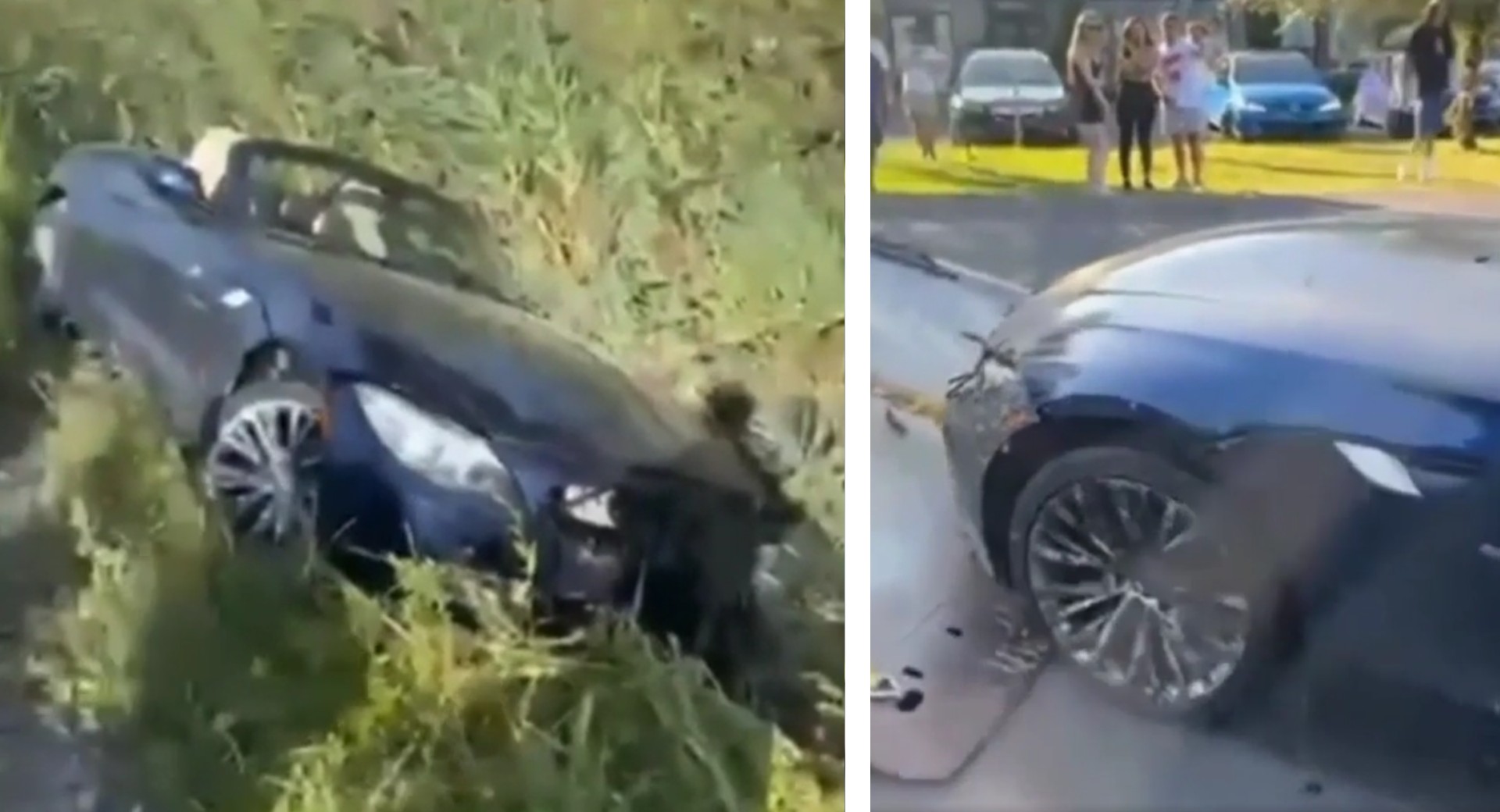