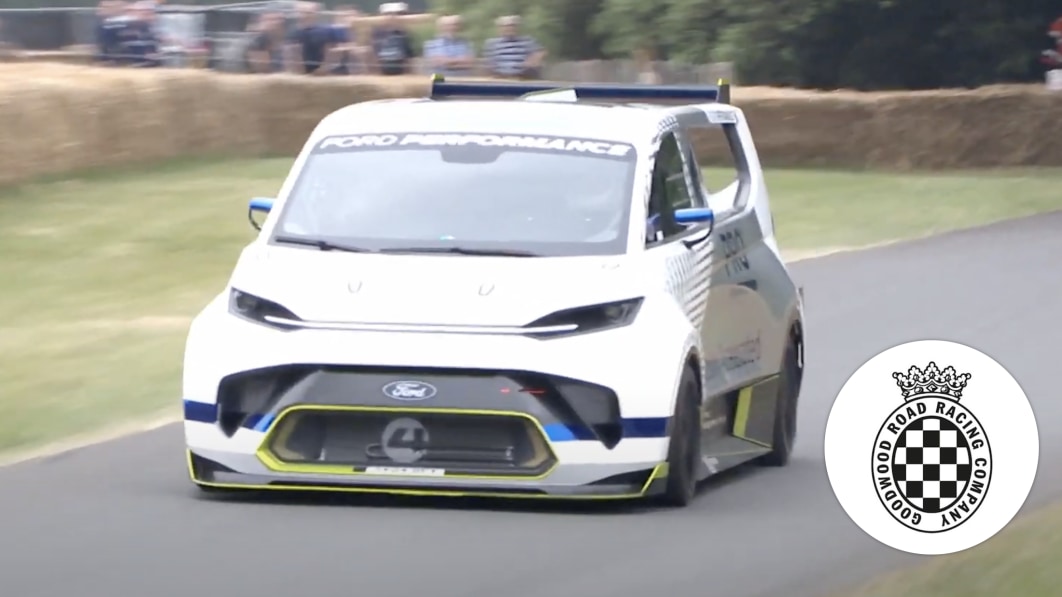 Ford just pulled the covers off the vastest Transit van it has ever created. On the surface, that may not sound all that impressive, but if you think that, it’s probably because you’re not familiar with Ford’s UK division and its history with the SuperVan. Before we delve into those, let’s take a closer look at the all-new Electric SuperVan that just debuted at the 2022 Goodwood Festival of Speed.

Ford says the Electric SuperVan is based on the platform of its upcoming E-Transit Custom electric production van, but it’s seriously beefed up in every way imaginable. Four electric motors — one for each wheel — add up to produce nearly 2,000 horsepower. A liquid-cooled 50kWh battery pack provides the juice. It can go from 0-60 in less than 2 seconds. SuperVan indeed.

The bodywork is clearly designed specifically for speed, with a massive cutout at the rear that surely aids in aerodynamics, punctuated by a massive rear wing. While that does indeed cut down the van’s cargo capacity, there’s still a pretty large space inside. The rest of the carbon composite bodywork hugs the wheels and road below, with all manner of aero trickery to get it to stick to the asphalt.

As you can see from the video above, Ford’s Electric SuperVan is frighteningly fast. It was driven down the Goodwood course by multi-time Le Mans winner Romain Dumas, and even he looks to be working hard to put all that power down.

10 movies to watch after you play The Quarry

FDA orders all Juul e-cigarettes off the market

Bizarre Stunt Sees Woman Exit Her Car In The Middle Of The Road, Lets It Roll Into…

BMW M Promises The Manual Transmission Will Live On