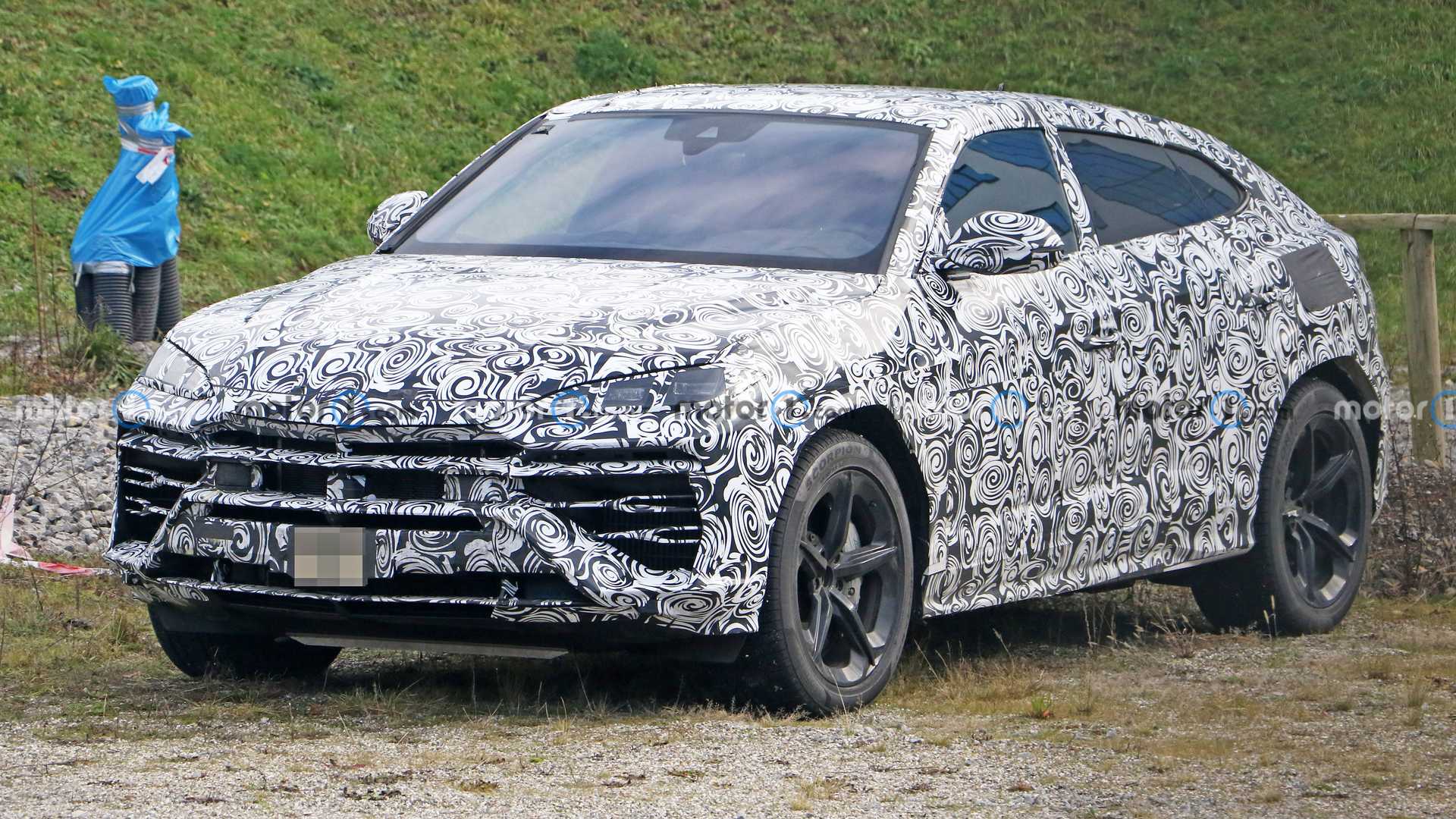 We have new evidence that Lamborghini is working on a plug-in hybrid version of the Urus. The electrified super-SUV was recently caught by our spy photographers in pre-production form sitting parked next to a Porsche 911. In fact, there could be an even stronger connection between the new Urus PHEV and the brand from Stuttgart than you’d expect but we are yet to hear an official confirmation.

Word on the street is that the Urus PHEV will use a verison of Porsche’s LK5 engine, which is what the sports car automaker calls its 4.0-liter twin-turbo V8 hybrid powertrain used in the Panamera Turbo S E-Hybrid. In the performance sedan, this mill generates 689 horsepower (513 kilowatts), but it is believed that Lambo will tweak it to a higher output of around 820 hp (612 kW). We can’t confirm this output yet but it seems highly likely that the Urus PHEV will be more powerful than the Urus with a non-hybrid 4.0-liter twin-turbo that has 641 hp (479 kW).

While this is a healthy power boost, nothing major on the outside hints about the added oomph. Still, there are some changes to the front fascia that remain hidden underneath the disguise, including a differently-styled front bumper with modified air openings. It’s the same thing at the back where we see tweaks to the rear bumper. New wheel designs and possibly new color options could be also on the agenda, but this isn’t visible from these new spy shots.

The Urus plug-in hybrid is likely going to be positioned at the top of the SUV’s range, sitting above the Performante model. It will also be heavier than all its other less powerful siblings, likely tipping the scales well above the 4,843 pounds (2,197 kilograms) of the Urus S.

We expect to see this new electrified version of the Urus hit the showrooms later this year. It is part of Lamborghini’s plans to electrify its entire lineup by 2024. Another important debut in that department will come later in 2023 in the form of the Aventador replacement with a hybridized V12 engine.

Rick Rubin on working with Run DMC, The Strokes, Slayer and Johnny Cash and how to be an artist – Channel 4 News