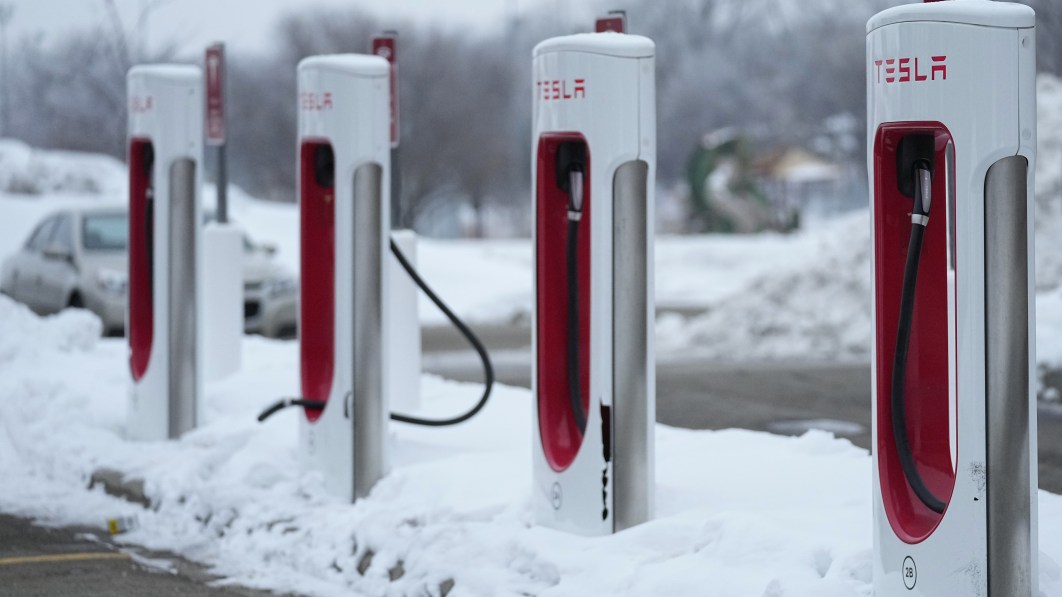 DETROIT — Tesla on Wednesday posted record net income in the fourth quarter of last year, and the company predicted that additional software-related profits will keep its margins higher than any other automaker.

The Austin, Texas, maker of electric vehicles and solar panels said it made $3.69 billion from October through December, or an adjusted $1.19 per share. That beat estimates of $1.13 that had been reduced by analysts, according to FactSet. The company’s profit was 59% more than the same period a year ago.

Revenue for the quarter was $24.32 billion, which fell short of the $24.67 billion that analysts expected.

On Jan. 13, the company cut prices in the U.S. and China, its two biggest markets, by up to 20% on some models, leading many analysts to believe that demand had fallen due to high prices and rising interest rates.

Tesla said in its investor letter Wednesday that it would produce about 1.8 million vehicles this year, ahead of a predicted 50% annual growth rate. But the outlook section of the letter didn’t give an estimate of deliveries for the year. Previously Tesla has said its deliveries would grow at a 50% annual rate most years.

Morgan Stanley analyst Adam Jonas wrote in a note to investors early Wednesday that demand is a problem for the company. “In our view, the price cuts are indeed a response to slowing incremental demand relative to incremental supply,” he wrote.

The company said it knows there are questions about macroeconomics in the face of rising interest rates. “In the near term we are accelerating our cost reduction roadmap and driving towards higher production rates, while staying focused on executing against the next phase of our roadmap,” the letter said.

Tesla has also confirmed it intends to invest $3.6 billion to expand its manufacturing capabilities in Nevada for “high-volume” production of electric semi-trucks and make enough cell batteries for 2 million light-duty vehicles annually.

Nevada Gov. Joe Lombardo had said during his State of the State address Monday night he planned to join Elon Musk and other Tesla officials when they unveiled plans Tuesday to build “a brand-new $3.5 billion advanced manufacturing facility” for electric trucks in Nevada.

It’s actually an expansion of an existing operation, but it takes the company a step closer to plans it announced earlier to ramp up Tesla Semi production to make 50,000 trucks in 2024 in North America.

The White House issued a statement trumpeting the plans on Tuesday as Musk — who owns Twitter while continuing to run Tesla — was wrapping up three hours of testimony in U.S. court in San Francisco, where he defended himself against a class-action lawsuit that alleges he misled Tesla shareholders in 2018 with a tweet about an aborted buyout.