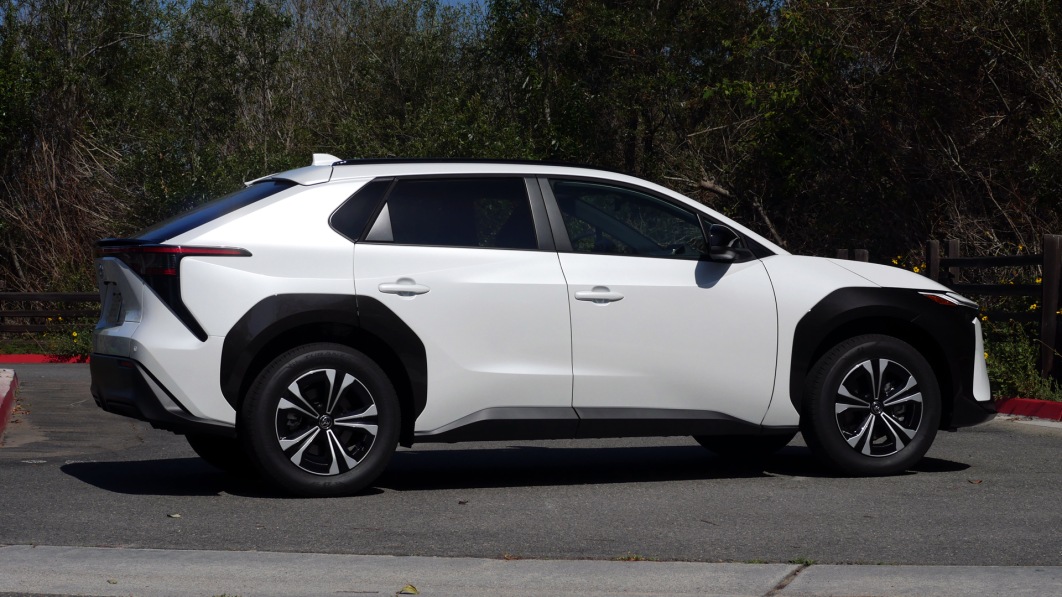 [Updated to include Toyota’s park order.]

Toyota is recalling nearly 3,000 examples of its brand-new bZ4X electric crossover to address a problem that can potentially result in wheel separation. According to the company, sharp turns or acceleration can cause the EV’s hub bolts to loosen, increasing the risk that a wheel could come off at speed.

“No one should drive these vehicles until the remedy is performed,” Toyota said. Dealers will offer complimentary loaner to customers who cannot drive their cars while the issue is being investigated and a fix put in place. At this time, there is no prescribed remedy.

“After low-mileage use, all of the hub bolts on the wheel can loosen to the point where the wheel can detach from the vehicle,” Toyota’s official statement said. “If a wheel detaches from the vehicle while driving, it could result in a loss of vehicle control, increasing the risk of a crash. The cause of the issue and the driving patterns under which this issue could occur are still under investigation.”

The campaign covers 2,700 vehicles worldwide, of which 2,200 were headed to Europe, 260 to the United States, 20 to Canada and 110 to Toyota’s home market. The bZ4X and its twin, the Subaru Solterra, are both assembled at Toyota’s Motomachi facility. Subaru has not yet announced a corresponding recall.

Centenarian Tortoises May Set the Standard for Anti-Aging