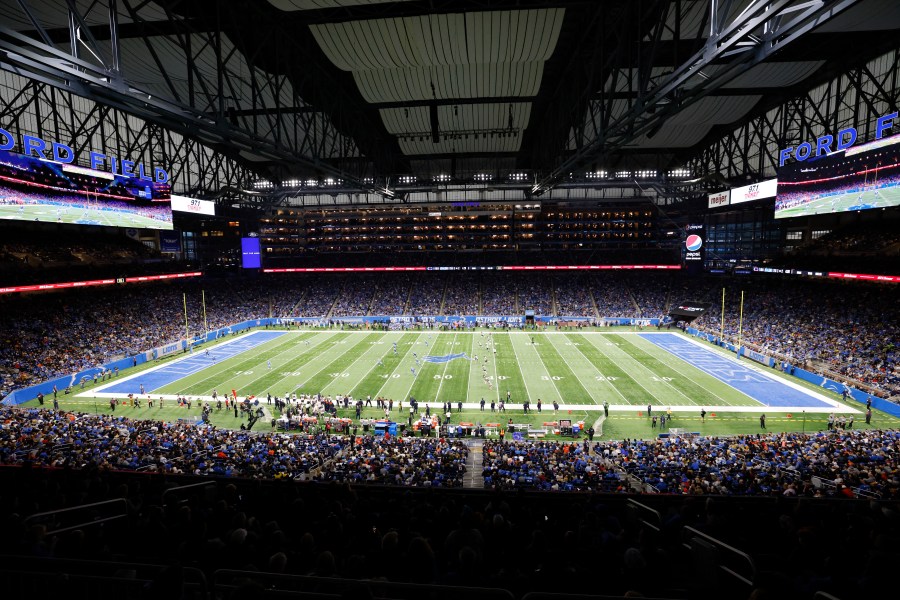 DETROIT (AP) — Cairo Santos made a 28-yard game-ending field goal to give the Chicago Bears a 16-14 win over the Detroit Lions on Thursday.

The Bears (4-7) ended a five-game losing streak under embattled coach Matt Nagy, who was answering questions about his job status less than 48 hours before kickoff.

The Lions (0-10-1) made many mistakes, early and late, to extend their skid to 15 games going back to their most recent win nearly a year ago in Chicago.

Andy Dalton, starting in place of injured rookie Justin Fields, led the Bears on an 18-play, 69-yard drive that took the final 8:30 off the clock.

Dalton converted a third-and-5 with a 13-yard pass to Damiere Byrd to get the Bears to midfield. Detroit later helped out, giving them 5 yards on a penalty for calling consecutive timeouts without a play in between.

On the next snap, Dalton converted third-and-4 with a 7-yard pass to Byrd. With only one timeout left, which first-year coach Dan Campbell used to get his disorganized defense set up, Dalton was able to kneel to run the clock down to 1 second before calling a timeout to set up Santos’ third field goal.

Dalton finished 24 of 39 for 317 yards with a go-ahead, 17-yard touchdown pass to Jimmy Graham late in the first half and an interception.

Jared Goff, returning from a one-game absence because of an oblique injury, was 21 of 25 for 171 with two touchdowns. Goff threw a 39-yard touchdown pass to Josh Reynolds on his first drive and a 17-yard pass to T.J. Hockenson late in the third that helped Detroit take a 14-13 lead that it simply failed to keep.

Dalton did not make many mistakes, but Detroit cornerback Amani Oruwariye took advantage of one of them when he stepped in front of a receiver to pick off a pass in the end zone late in the second quarter. Oruwariye provided some joy for Lions fans that need it, celebrating the interception by having his teammates sit in the end zone to be served imaginary food from the football.

Edwardsville High School graduate Riley Patterson made his NFL debut as Detroit’s placekicker, going 2 for 2 on extra point conversions. Patterson signed as an undrafted free agent with Minnesota but was released in training camp.

He was signed by Detroit from New England’s practice squad earlier this month.

Get 10GB of SIM-only data for £3.33 per month with To The Moon this Black Friday

I Got Kourtney Kardashian’s Supermodel…