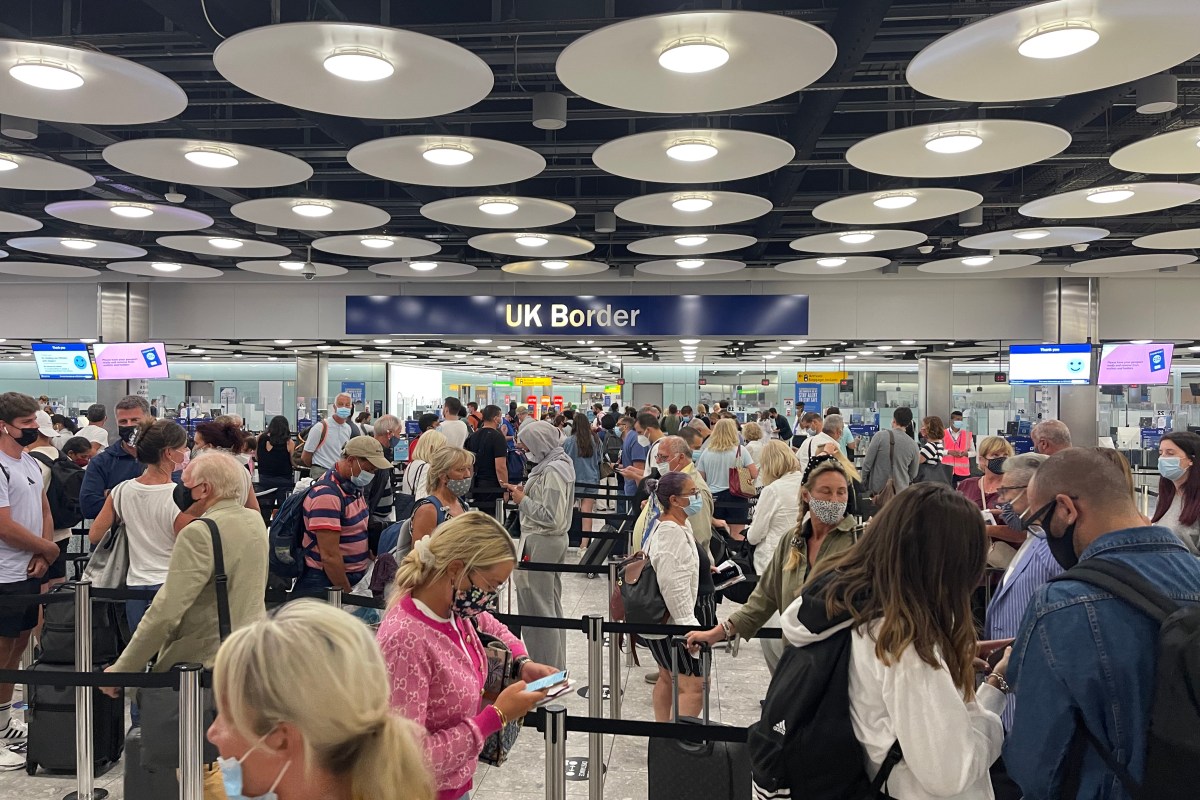 BRITS are being warned of further holiday chaos next year due to new rules being introduced next year between the UK and Europe.

Experts are warning that this is likely to result in huge queues at the border, due to the new travel checks needed.

A new system is being brought in across EU countries, called the EES (Entry/Exit System) which will replace the stamping of passports and instead scan the documents.

Starting from May 2022, the new digital system will check the person’s name, biometric data and the date and place of entry and exit.

And from the end of 2022 will be the introduction of the European Travel Information and Authorisation System (ETIAS) which will cost Brits an extra €7 (£6).

However, the House of Lords Justice and Home Affairs Committee has warned that they are “very concerned” about the two new systems being rolled out.

They wrote: “The Justice and Home Affairs Committee is very concerned indeed about the upcoming launch of two new EU border management systems.

“They could have serious consequences in the UK and for the rights and liberties of UK citizens, and the UK appears to be unprepared.

“Although the two systems are due to launch next year, several ethical, legal and logistical challenges remain unaddressed.”

Due to families often driving as a group via car when travelling across the border, experts have warned this is likely to result in long queues, as it will be unlike the faster system of e-gates at UK airports.

Tim Reardon, head of EU exit for the Dover Harbour Board, said: “There is no way of doing a biometric control without getting everyone out of the vehicle.

“That’s the one thing on our site which cannot happen because you’re in the middle of live traffic.

“It would be equivalent to asking people to get out of their car at a motorway toll booth. It’s fundamentally unsafe and it can’t happen.”

Under the ETIAS scheme, Brits will have to apply for a travel pass online before boarding the plane to the continent.

Visitors will be asked for information about their identity, passport, education, job, recent travel, and criminal convictions.

Under-18s will be exempt, and the passes will be valid for three years and can be used for multiple trips.

Brits will also need extra time on their passport to go on holiday to the EU.

New rules mean passports must have at least three months on them to travel to destinations such as France and Spain, and must not be more than 10 years old.

What Are The Benefits of Fleet Management Software?

Ethereum Formed A Bullish Pattern Near A Crucial…