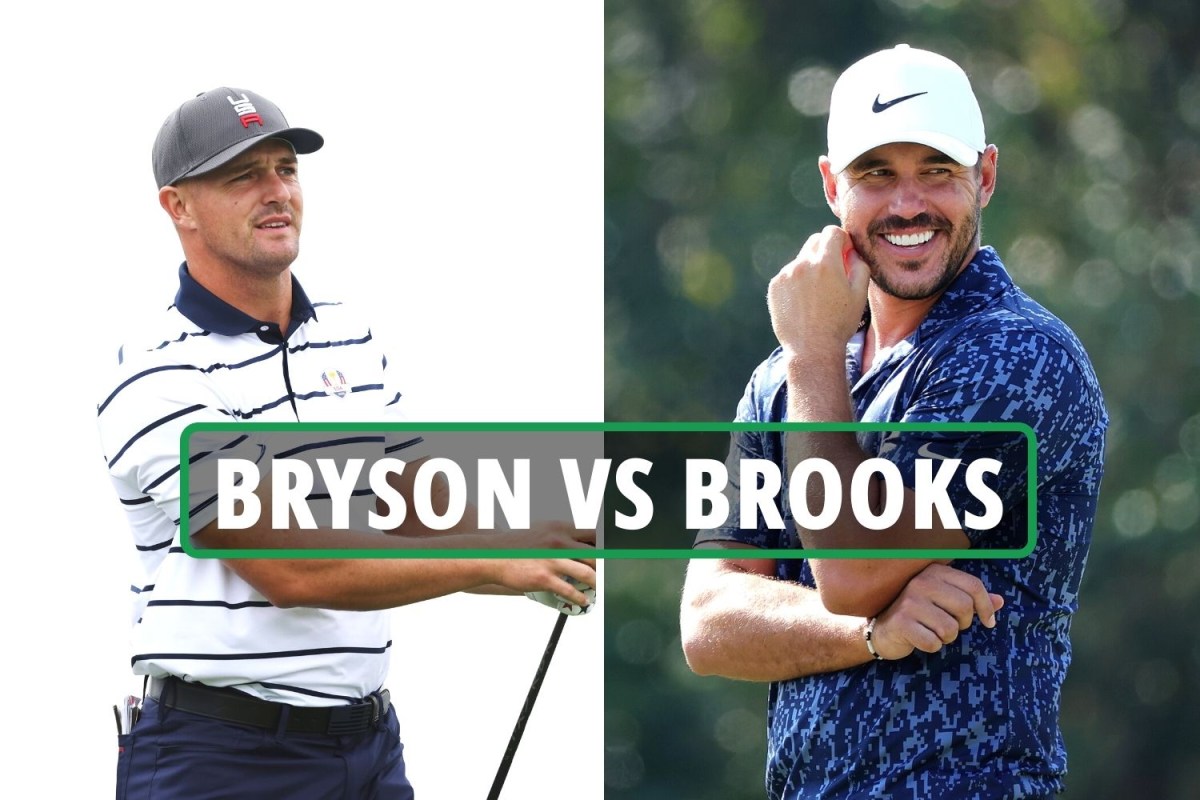 GET ready for golf’s biggest feud to spill onto the course as Brooks Koepka takes on Bryson DeChambeau clash in Las Vegas.

The American pair have been embroiled in a fierce rivalry over the past couple of years, although tensions appeared to have cooled in September as they helped USA win the Ryder Cup.

There’s been plenty of trash-talking online before this event though, which sees the pair go head-to-head in The Match.

Tiger Woods and Phil Mickelson were the last golf pair to undertake this event in 2018, which sees the players mic’d up as they complete challenges around Wynn Golf Club.

When is Koepka vs DeChambeau?

Which TV channel and live stream can I watch it on?

This event is pay-per-view and is being broadcast live on TNT in the US.

Currently, there is no confirmed UK broadcaster but we will update you if this changes.

The Match will also be available via WatchTNT to live stream for US viewers.

Why don’t the pair get on?

The two Americans have been feuding now for more than three years, although it’s difficult to pinpoint when things first started.

Many point to an incident in January 2019 when Koepka criticised DeChambeau publical for the first time following the Dubai Desert Classic.

He accused his fellow countryman of slow play, which prompted Bryson to approach Koepka’s caddie later that year to say the four-time Major winner should say any barbs ‘to his face’.

Since then, their rivalry has played out in a very public way with the pair engaging in a number of spats both on and off the golf course.

And things came to a head in the 2021 PGA Championship, when an eye-roll from Koepka when DeChambeau walked behind him was broadcast around he world.

Koepka had been taking part in an interview when DeChambeau walked behind his foe and made a sarcastic comment about the 31-year-old, who rolled his eyes in response.

Koepka then said: “I’ve f*ing lost my train of thought hearing that bulls**t.”

Almost 3 million Aussies are set for a big payment…

I was drying my hair when I spotted something…