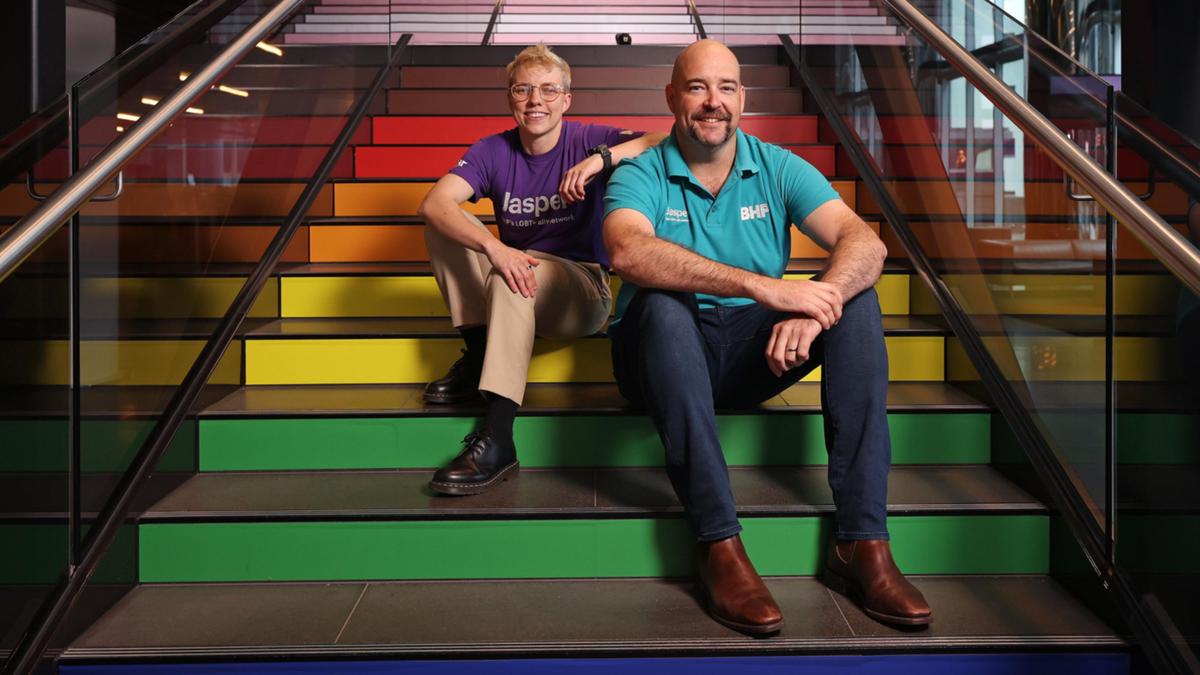 BHP technology graduate Maddy Loxley is unequivocal: were it not for Jasper, the mining giant’s LGBT+ employee inclusion group, she wouldn’t work there.

Now five years old and with more than 2000 members worldwide, Jasper aims to create visibility in a “blokey”, sometimes isolating industry and build a network of support among and for queer BHP employees.

Executive sponsor Rod Ballinger, operational general manager of the company’s Jimblebar mine in Newman, said the difference in work outcomes once people felt comfortable was marked.

“The organisation is full of people who actually want to do well,” he said. “We’re starting to see broader recognition of the value that inclusion, not just diversity, brings to our team.”

Ms Loxley joined BHP eight months ago, and heard of Jasper during her first week induction. She is now the group’s co-lead.

“I think that while diversity is improving at BHP, we still know it’s a male-dominated, cisgender-dominated straight sort of place, right,” she said.

“So without finding the group that I have with Jasper, I think I’d just feel quite isolated and not safe to be myself.

“I definitely don’t want other people to be sitting there thinking ‘I hate coming to work every day, I’m not productive because I’m not able to be myself’.”

Named for a rock known for its multicoloured features, Jasper is anchoring BHP’s presence in Perth’s PrideFest Parade on Saturday, with 88 members marching.

Ms Loxley, whose role at Jasper is voluntary, said she wanted to push up BHP’s ranking in the Australian Workplace Equality Index to lead the industry, as well as lobby for increased leave for people undergoing gender transition, and ensure all groups within the rainbow umbrella feel represented.

“They want to walk into a room and know that people … are not going to immediately dislike them based on the way they look and their gender identity or their sexuality,” she said.

“Members want visibility, they want advocacy. They want to feel like they can bring their whole selves to work.”

Mr Ballinger emphasised that for much of the work done at BHP, being distracted by not being able to come out was dangerous.

“If we can unlock just one of those people to be more focused on how to look after themselves … we’re better off. You don’t even need to be kind of clever to (know) that’s a good idea.”

Denial of responsibility! Yours Bulletin is an automatic aggregator of the all world’s media. In each content, the hyperlink to the primary source is specified. All trademarks belong to their rightful owners, all materials to their authors. If you are the owner of the content and do not want us to publish your materials, please contact us by email – [email protected]. The content will be deleted within 24 hours.
BusinessNewsWA NewsWorkplace Matters
0
Share

Ripple Falls Below $0.40 And Takes Aim At The Low…