Barefoot investor: Scott Pape on why home ownership is like parenting a newborn 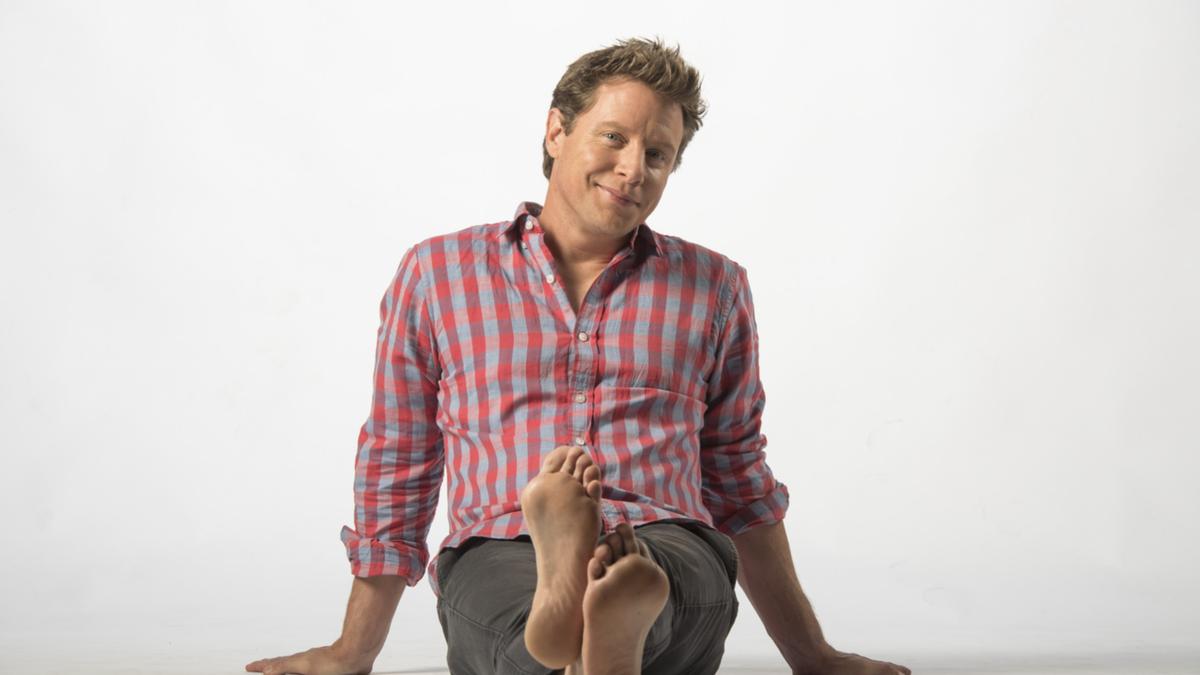 The email came through with the subject line REGRET. Scott, My partner and I are both professionals in our early 30s. We bought a house last year and we hate it. We are struggling to adapt to a slower pace of life in the suburbs and have learnt we don’t need as much space as we thought we did. We feel stupid for spending a ton of money on something we can’t stand. What are our options?” Erica Strewth! There’s more emotion in Erica’s email than a midnight meltdown from my 18-month old. They hate their new home … they feel stupid … they can’t stand it.

Well, the dream of owning your first home is a lot like parenting a newborn — the thrill rubs off disturbingly quickly and then the reality of the responsibility sets in: I’ve signed up for a lifetime of this?

It’s not hard to understand why Erica is spitting the dummy.

This time last year everyone was FOMO-ing off their face. Interest rates were at all-time lows. The Reserve Bank had committed to no rate rises till 2024. Property prices had risen 30 per cent since COVID. And that’s when Erica and her partner got property pregnant. And that’s also when everything changed.

Today, the value of her property is going down and the cost of her mortgage is going up. Way up. In the past three months her repayments have shot up by an extra $565 a month (based on a $600,000 loan). And some experts are warning that house prices could drop by as much as 25 per cent, leaving people like Erica who bought at the top in a “mortgage prison” and unable to refinance their loan in a few years. So what should Erica do? Well, my advice would be to stop listening to experts about the economy. As a new property parent you have zero fluffs to give. All it will do is freak you out and psyche you out. I know you think you’ll never make it, but you will. You’ll grind it out, meet your mortgage repayments and eventually get ahead. And then, in a few years, you’ll have forgotten about all the pain you went through and you’ll trade up your family and do it all over again!

Chilled to the bone

Raj writes: I felt chilled to the bone when I read about that poor family who lost their house deposit to scammers. Is there anything we can do for them? They have seven kids! It just doesn’t seem fair that the bank would only refund them $5000 and the cops say “too bad”. There has to be justice! Barefoot responds: I feel like I need to take a cold bath and scrub myself clean after the week I’ve had. I’ve been inundated by readers sharing their scam stories with me. I also spent the week researching what could be done.

Here are some back-of-the-envelope calculations. Last year Aussies lost $227 million to payment redirection scams. Yet we also know that roughly a third of people are too embarrassed to report they’ve been duped, so let’s call it $300m. Five years ago banks in the Netherlands introduced account name checking and it reduced this type of fraud by a staggering 81 per cent. So that would save consumers a massive $243m. But that’s the customers’ money, and who gives a toss about them? So let’s look at it from the bank’s perspective. How many of the bank’s staff hours are chewed up dealing with those $300m in losses? From chasing the scammers, to dealing with the heartbreak of customers who lost their life savings, and even sometimes, maybe, kinda, partly refunding them. It’d have to cost the banks tens of millions, at least. It seems like common sense to me. Kind of, like, if your bank makes you give them the account name of the person you’re transferring money to, it’s because they’re actually going to cross-check it. So, I had a commonsense chat with Stephen Jones, the Minister for Financial Services, this week. I asked him if he could, say, get all the bank chiefs in a headlock and not let them go until they all agreed to check account names, and in doing so save their customers as much as $243m and untold amounts of heartbreak. He said that’s a really good question and one that he’ll be asking the banks. But he thought my headlock idea was taking things a little too far. I also gave him the details of the young family with seven kids who were scammed out of their deposit.

Danielle says: Just before COVID hit I paid a $3000 deposit for a new fence. When the virus struck everything stopped. After restrictions were lifted we got in contact with the fencer and he offered all the excuses under the sun about why he wasn’t able to start the job. He finally admitted he was not going to do it. We asked for our deposit back. We still have not got it. We have told him we will take the matter to small claims court, but this has made no difference to him. The trouble is we only have his first name, his bank account details, his phone number and his company name. What can I do?

Barefoot responds: You can do an Australian Securities and Investments Commission search on his company name and find his registered details, and with that possibly take him to a small claims tribunal.

So by all means, give it a go. Having said that, he sounds like a crook. And it also sounds like this isn’t his first rodeo, so you could end up spending a lot of time, energy and emotion chasing this guy — and you still may never get the money back.

Look, I don’t want to sound too woo-woo, but sometimes you just have to let these things go.

So, if it were me, I’d put that energy into finding a good tradie who’ll build you a good fence.

Lara writes: I read your article on how much you really need for your retirement a few weeks ago.

I cut it out and pinned it on my office wall at home. It made me feel amazing and I breathed a sigh of relief. My husband and I retired with about the amount you mentioned in your column. Now, three years on, we are going well. We have been on a road trip to Darwin and we enjoy the simple things, like catching up with family and friends. Our cup is full. It’s not about what you have, but about who you have in your life. Thank you. Barefoot responds: No, thank you! You’re living proof that the million-dollar myth is just that. I got smashed with negative responses to that article, but one from Divya, a pre-retiree, made it all worthwhile. “I am an immigrant from a poor background and I used to feel paralysed and ashamed that I ‘have not made it’. That shame translated into me not taking productive action about my wealth. Yet I now realise that I’m actually doing well financially, maybe even very well, and that it’s worth respecting the efforts I’ve put in over the past 10 years, and taking care of what I’ve got! Thank you from the bottom of my heart.” Here’s to everyone working hard, saving hard and nailing their realistic retirement number.

Tread Your Own Path!

DISCLAIMER: Information and opinions provided in this column are general in nature and have been prepared for educational purposes only. Always seek personal financial advice tailored to your specific needs before making financial and investment decisions.

Denial of responsibility! Yours Bulletin is an automatic aggregator of the all world’s media. In each content, the hyperlink to the primary source is specified. All trademarks belong to their rightful owners, all materials to their authors. If you are the owner of the content and do not want us to publish your materials, please contact us by email – [email protected]. The content will be deleted within 24 hours.
australiaBusinesslifestylemoneyNewsPropertyreal estate
0
Share

Chair of Hockey Canada’s board of directors resigns

Wi-SUN Alliance report: IoT safety fears fall by over 30% within the final 5 years

Designing In Wix is Faster

How To Make The Most Of Your Startup Board, With…

Three reasons why I’m upgrading to the…