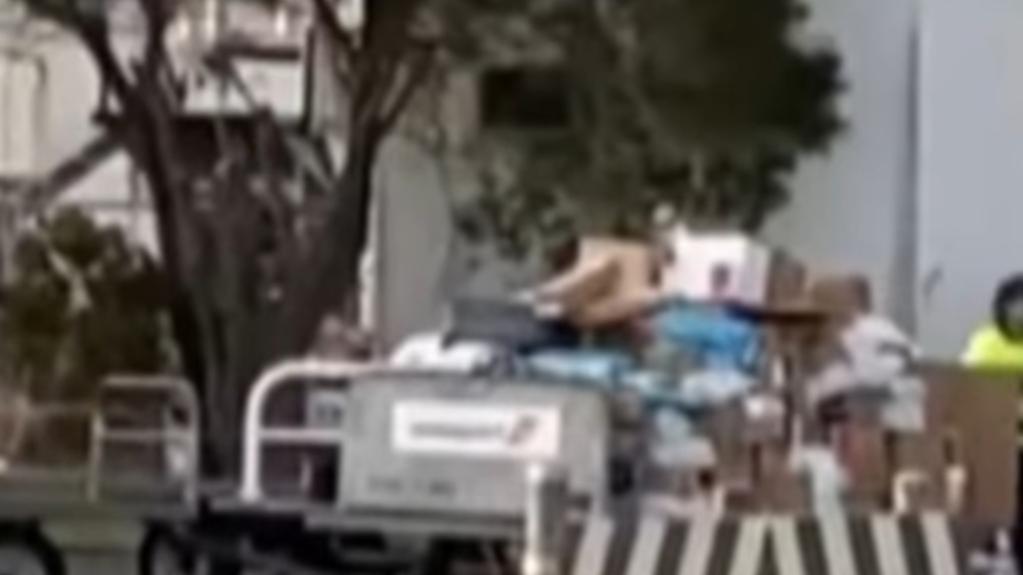 Footage has been revealed of an Australian courier company throwing packages as far as 10 metres into the back of a delivery truck.

The Australian StarTrack company has been named and shamed by a local resident who captured two couriers hurling parcels into a huge delivery truck at Mackay Airport in North Queensland.

Mackay resident Ashlee Coath is calling for the workers to be sacked after her fragile parcel arrived broken.

Investigating the possible cause of the damage, Ms Coath said she figured out how it may have happened after she saw the viral video online.

“I put two and two together and I figured out that’s probably how it ended up breaking,” she said.

“I always say treat people how you want to be treated, and I believe that goes for things as well.”

But Ms Coath is not the only one complaining about the company’s parcel treatment, with other residents claiming their packages always arrive damaged.

On Thursday the company released an apology to its customers, saying the couriers’ actions do not reflect StarTrack’s standards.

“These actions are not in line with the high service standards we expect of our people, and we sincerely apologise,” a spokesperson said.

The incident follows CCTV footage catching a courier throwing a parcel over a 2m electric gate in March.

The courier, who the customer claimed was an Australia Post employee, appeared to check his surroundings before throwing the parcel underarm.

The footage then shows him taking a photo of the item on the front step to confirm the delivery.

Denial of responsibility! Yours Bulletin is an automatic aggregator of the all world’s media. In each content, the hyperlink to the primary source is specified. All trademarks belong to their rightful owners, all materials to their authors. If you are the owner of the content and do not want us to publish your materials, please contact us by email – [email protected]. The content will be deleted within 24 hours.
australiaBusinesshomelifestylemoneyNewsPersonal financeQLD News
0
Share

Why Amazon acquiring iRobot is awesome for customers

US President Joe Biden to sign massive climate and…

Hearing aids to be available without prescription…