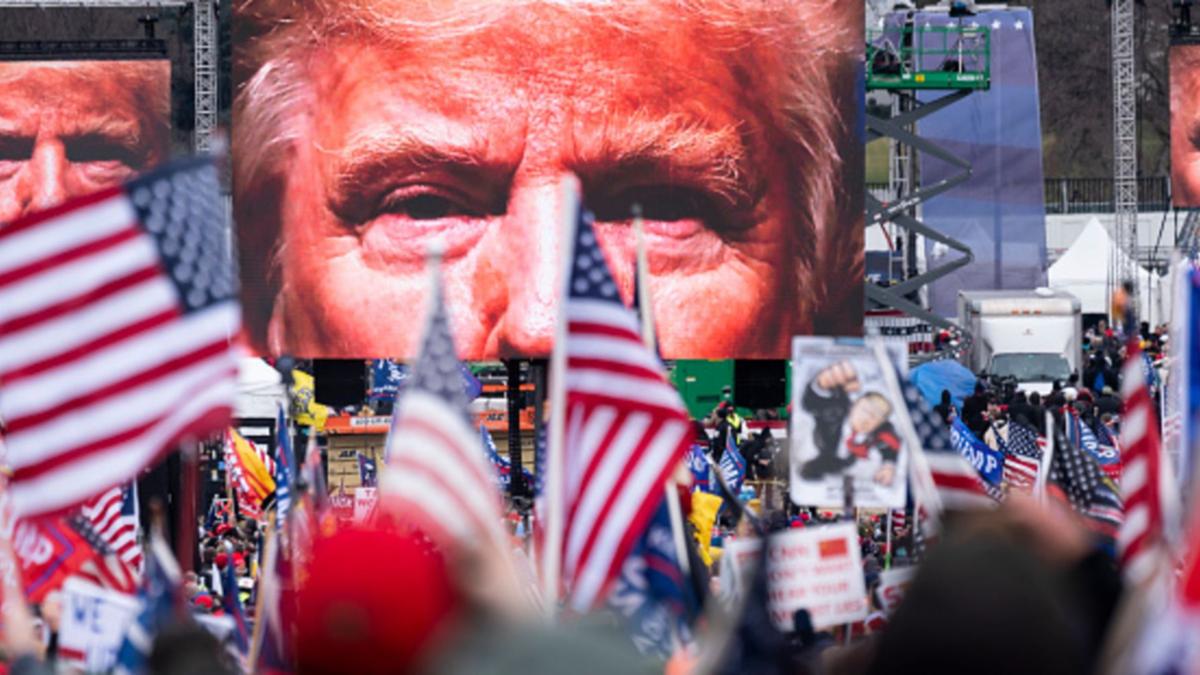 Facebook will allow former President Donald Trump to return to its platform, the company announced, two years after his suspension was enacted following the 2021 insurrection at the US Capitol.

Facebook, Twitter and Google-owned YouTube all made the unprecedented decision to block the sitting US president from their platforms at the time, after they determined doing so outweighed the risk of potential further incitement of violence. The platforms’ bans varied in their degrees, however, with Twitter opting for a permanent ban and Facebook saying its suspension was temporary, eventually setting a timeline of two years before it reviewed the decision.

The suspensions came after a mob charged into the US Capitol on January 6, 2021, as lawmakers worked to certify the election of President Joe Biden. Then-Vice President Mike Pence was whisked away to a secure location by the Secret Service, recognizing the danger to him as he oversaw what’s usually a routine procedure in Congress.

Though Trump at one point urged the mob to remain peaceful, he also stoked the lie that the election was “stolen from us,” tweeting at one point during the day that Pence “didn’t have the courage to do what should have been done to protect our country and our Constitution,” presumably by obstructing the election results that denied Trump a second term.

On the evening of January 6, 2021 Facebook said that “two policy violations” on Trump’s page would trigger a 24-hour block on its platforms. The next day, the company said in a statement that it felt “the risks of allowing President Trump to continue to use our service during this period are simply too great,” and said the ban would last “for at least the next two weeks,” through the inauguration.

On the day of Biden’s inauguration, the company said it was referring the suspension to its independent Oversight Board, which Facebook established to make binding content decisions. The Oversight Board said Facebook should set a timeline for reevaluating its decision, which Facebook determined in June 2021 should be two years from Trump’s January 7, 2021 suspension.

In a blog post announcing the timeframe, Facebook executive Nick Clegg said the decision on whether to reinstate Trump’s account would be based on “whether the risk to public safety has receded,” accounting for “instances of violence, restrictions on peaceful assembly and other markers of civil unrest.”

Should Trump be allowed back onto the service, Mr Clegg said at the time, there would be “a strict set of rapidly escalating sanctions that will be triggered if Mr Trump commits further violations in future, up to and including permanent removal of his pages and accounts.”

Trump has since moved his musings to Truth Social, an app he’s backed that closely resembles Twitter and is led by former Rep. Devin Nunes, R-Calif.

Twitter’s new owner Elon Musk lifted the platform’s suspension of Trump last year, though the former president has yet to resume tweeting from his account.

Denial of responsibility! Yours Bulletin is an automatic aggregator of the all world’s media. In each content, the hyperlink to the primary source is specified. All trademarks belong to their rightful owners, all materials to their authors. If you are the owner of the content and do not want us to publish your materials, please contact us by email – [email protected]. The content will be deleted within 24 hours.
BusinessCNBC news
0
Share