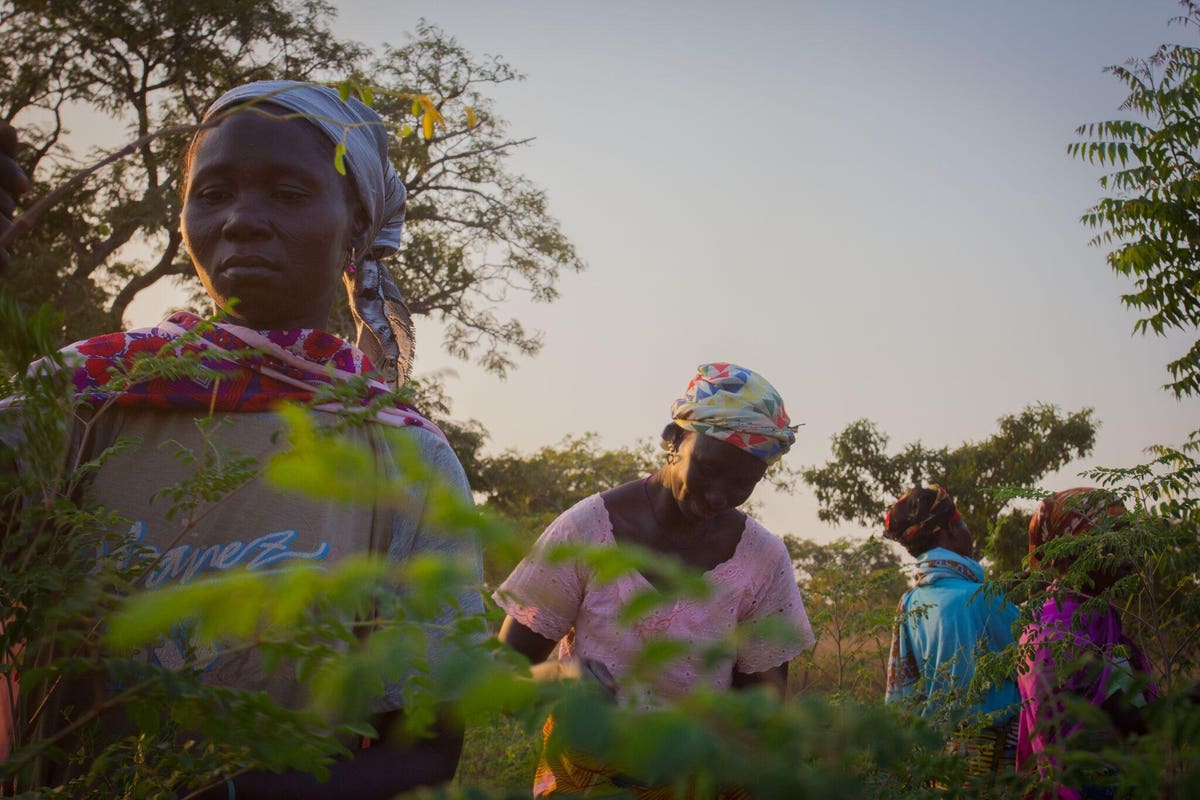 The benefits of superfoods include helping to:

Their taste is unusual, and the sector has become big business. The market size for superfoods is expected to grow by $125.3 billion from 2021 to 2026. But superfoods, such as moringa, don’t just benefit those who eat them.

Lisa Curtis, founder and CEO of Kuli Kuli—a superfood supplement and snack brand—pioneered the use of moringa in the U.S. When grown by small farmers in sustainable ways, it protects the planet from climate change and provides income to the farmers, usually women and their families.

Creating a high-growth social enterprise can take financing creatively from multiple sources of capital that vary by the stage of the company.

When Curtis felt sluggish from eating a vegetarian diet of beans, rice, and millet, when she was a volunteer in the Peace Corps in Niger, Africa, the local health center recommended eating moringa leaves. She wanted to start a company that used moringa sourced from small farmers in developing countries as an ingredient.

Initially, when Curtis tried to find financing, lenders and investors thought she was crazy. “You’re going to source an ingredient from Africa from small farmers?” they said to her. “Sounds like a logistical nightmare.”

Health-conscious consumers and impact investors got it. Early on, Curtis raised pre-seed capital using a variety of different types of crowdfunding and grants, including:

Consumer packaged goods (CPG) companies are capital-intensive. Curtis raised additional capital, including a grant from Village Capital, a Series A led by Kellogg’s VC, and Series B led by Griffith Foods and Kellogg. Many high-growth companies raise several fundraising rounds from venture capitalists before they have a liquidity event, such as being acquired or making an initial public offering (IPO).

“During the COVID-19 pandemic, there were a lot of new consumers in the functional food space,” said Curtis. These foods offer health benefits beyond their nutritional value. “I think a lot of people were asking what else can I eat to boost my immunity, to keep me healthy?” They don’t make smoothies in the morning, and there were better options than a powder.

In 2021, Curtis expanded Kuli Kuli’s product lines to include a Superbark made with moringa and dark chocolate in combination with other superfoods. It appeals to the health-conscious consumers typified by Sprout and Whole Foods and to the mass-market and cost-conscious consumers through Costco, CVS, and Walmart. Distribution increased to 11,000 stores nationwide.

“When we launched in Walmart to its price-sensitive shoppers, many people were skeptical,” said Curtis. Kuli Kuli’s rigorous quality standards add a premium to the cost. “We’ve seen an amazingly positive response,” said Curtis. “We launched with a small number of [Walmart] stores and expanded three times, and it’s now in 3,000 stores.”

To attract even more consumers to whom the taste of moringa might be too unusual, the company introduced SuperGummies. Ingredients include other superfoods like turmeric, chaga mushrooms, and several great greens like wheatgrass, spirulina, parsley, chlorella, and kale in flavors such as apple, berry, and lemon.

Instead of funding this new product line through equity financing, Curtis chose debt. “I wanted to ensure that my employees and I continue to own a substantial portion of the business,” she said. She raised $1.3 million in debt from Whole Foods, Kiva, and a family foundation. Kiva is piloting a program to lend higher sums of money to social enterprises. Kuli Kuli received a $300,000 loan.

As a triple-bottom-line company, Kuli Kuli believes in regenerative-farming practices promoting resilient and adaptive agriculture, which are bio-diverse, mitigate climate change, and are a source of local jobs. Moringa trees are drought-resistant and can be grown in semi-arid, tropical, and subtropical climates. Within two to three months of planting, farmers can harvest moringa leaves. The tree grows year-round and can be harvested multiple times a year. It is grown in Africa, South America, and Southeast Asia.

The company encourages farmers to plant other crops alongside moringa, including baobabs, cacao, chia, and hibiscus. These other superfood crops are paired with moringa in Kuli Kuli products. The mix of crops is better for the environment and farmers’ businesses because they now have multiple crops that they’re selling and are not wholly dependent on moringa.

Beyond the money Kuli Kuli makes for itself, it has supported over 3,234 family farmers, generating $5.2 million in revenue for farmers, and planted 24.6 million moringa trees.

What types of financing can you use to grow your company?

Denial of responsibility! Yours Bulletin is an automatic aggregator of the all world’s media. In each content, the hyperlink to the primary source is specified. All trademarks belong to their rightful owners, all materials to their authors. If you are the owner of the content and do not want us to publish your materials, please contact us by email – [email protected]. The content will be deleted within 24 hours.
and the planetfinancingfundingKuli KuliLisa CurtismoringaPeopleregenerative agriculture
0
Share