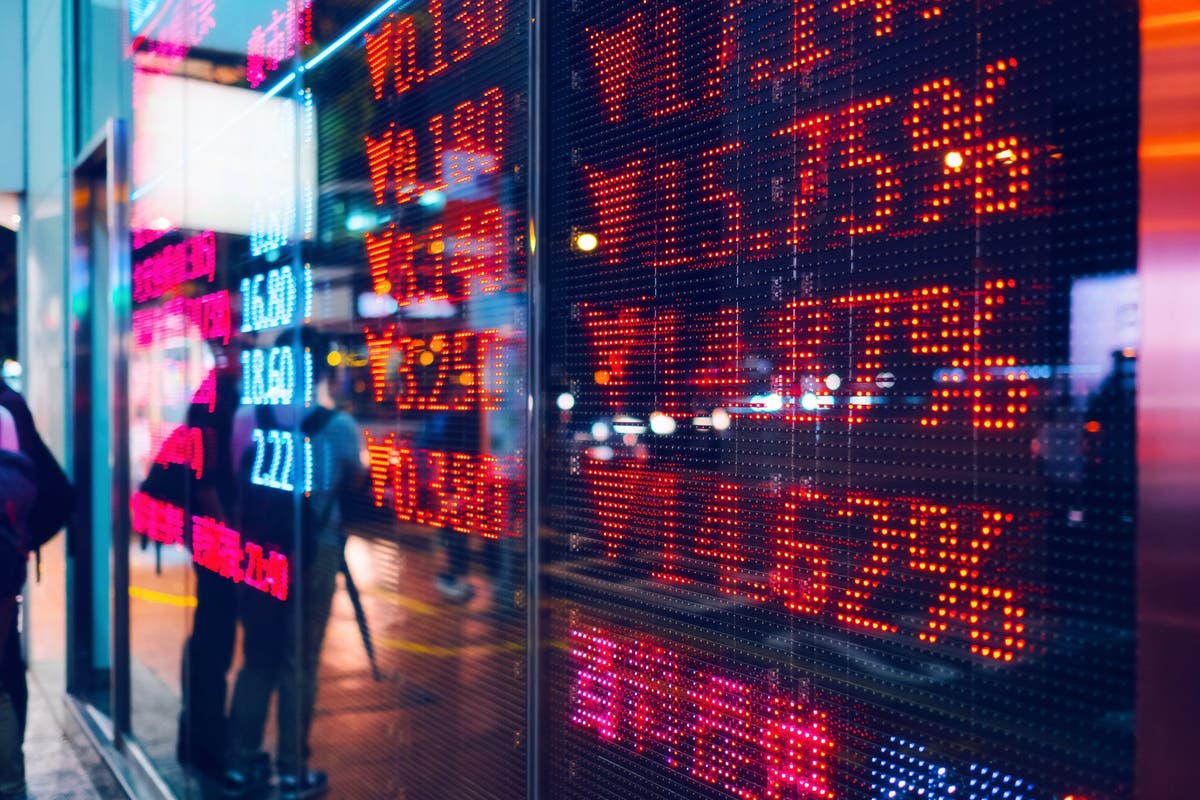 British Airways owner IAG was the biggest casualty, losing a fifth of its value at one point, as the slide wiped as much as £65 billion from the total value of the UK’s premier index.

The slump comes amid fears that the B.1.1.529 variant detected in South Africa is heavily mutated, meaning existing vaccines may be less effective and potentially derailing the global economic recovery.

Brent Crude futures dived by 5% to $78.50 a barrel on the weaker demand outlook, sending BP shares down by as much as 9% in the process.

Safe havens such as the US dollar and gold surged, while investors also returned to stay-at-home stocks whose operations were boosted during earlier lockdowns.

Deliveroo shares rose 3% and grocery delivery firm Ocado added 2% as one of only two risers in the FTSE 100.

The slump ends an already jittery week for investors amid fears that additional lockdown restrictions may be needed in Europe to deal with fresh outbreaks of existing strains of coronavirus this winter.

Analysts said the approach of investors to the new variant appeared to be one of “shoot first and ask questions later” until more is known.

AJ Bell’s investment director Russ Mould said: “It’s a horrific end to the week for markets and the big question people will ask now is whether this is the catalyst for a full-blown market correction.”

The bombshell comes at the worst possible time for airlines, hotels and leisure companies, whose fortunes were just starting to look brighter following the reopening of key travel routes, including to the United States.

The fresh bout of turbulence left easyJet shares more than 10% lower, with the low-cost carrier back at its lowest level since the discovery of the Pfizer vaccine last November.

Rolls-Royce, whose fortunes depend on a recovery in engine flying hours, suffered a double-digit percentage fall and GKN owner Melrose Industries also dived. Mining giants including Anglo American fell 5% as copper and other key metals declined in value.

The flipside of falling commodity prices is that the weakness should provide some relief on inflation after consumer prices hit a 30-year high.

It also cast doubt on City expectations that the Bank of England will raise interest rates from their emergency low of 0.1% next month.

This latest potential reprieve for borrowers dealt another blow to the margin outlook for banking stocks, with NatWest and Lloyds Banking Group both down by 5%.

Today’s sell-off was exacerbated by the lack of liquidity caused by Wall Street being closed for the Thanksgiving holiday.

Denial of responsibility! Yours Bulletin is an automatic aggregator of the all world’s media. In each content, the hyperlink to the primary source is specified. All trademarks belong to their rightful owners, all materials to their authors. If you are the owner of the content and do not want us to publish your materials, please contact us by email – [email protected]. The content will be deleted within 24 hours.
covid-19FTSE 100IAG
0
Share

Russia defaults on debt for first time since “1917 Bolshevik revolution”

New Ford SuperVan Shows What Is Possible With…