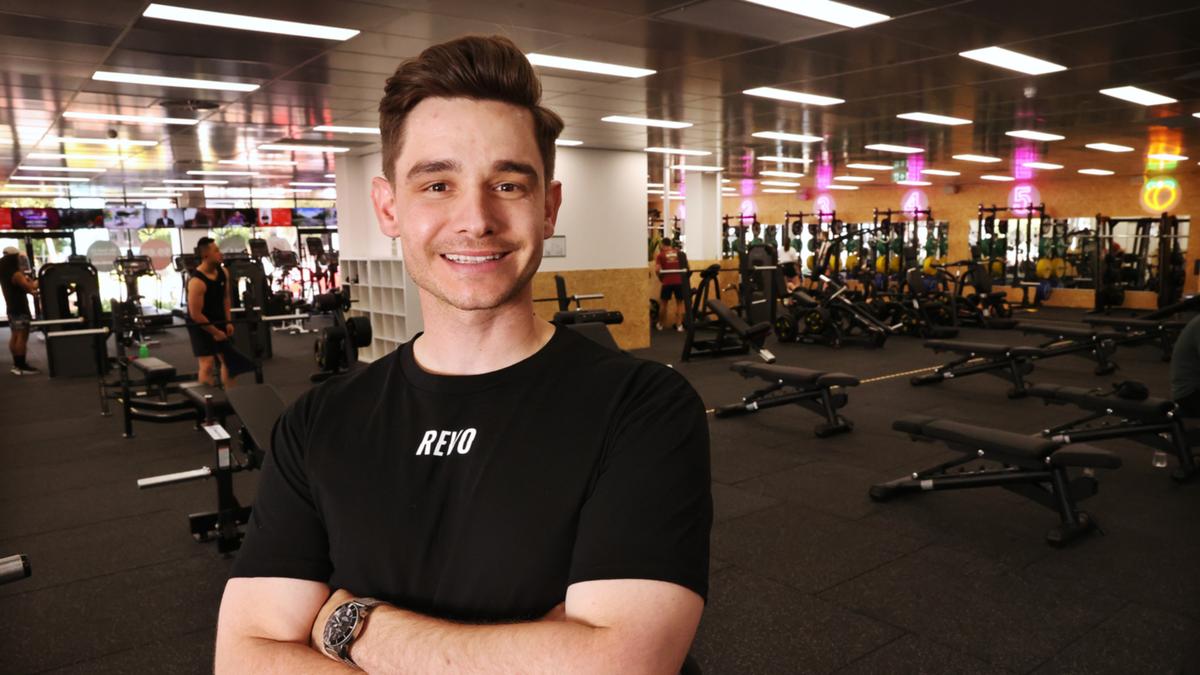 Revo Fitness founder Andrew Holder says the company is on track to hit 50 gyms in the next 12 months – a feat he could only dream of when launching a decade ago in a leased space inside a sports centre.

In the 10 years since launching the gymnasium chain, Mr Holder has grown Revo from a single facility in Shenton Park to 27 gyms across WA, South Australia, Victoria and NSW, with the most recent opening in Mount Hawthorn.

“I essentially grew the company organically by listening to the feedback from the members,” Mr Holder said.

“I would pick up any trends and similarities within my conversations with our membership base and just reinvested into those areas, essentially creating a product which was built by the members.”

Mr Holder, who was a former Sheffield Shield all-rounder, founded the 24/7 business when he was 21-years-old after graduating from the University of Western Australia.

“There was an opportunity to take over a personal training studio and put into practice what I thought a consumer would want and what I wanted to see within the market,” Mr Holder said.

He said there were no plans to hit the brakes anytime soon, revealing the company’s forecast of hitting 50 gyms in the next 12 months was on-track. This included 10 new facilities in WA.

“We always ask our members where we should open next and what creates convenience for them,” Mr Holder said.

“We want to really look at areas that are under-serviced in health and fitness to give them the chance to be able to access it at an affordable rate.”

The COVID-19 pandemic brought operations to a halt when the fitness industry was one of the first industries to shut down — and one of the last few to reopen.

It was a trying time for the business, but one which allowed for the improvement of operations, such as the introduction of a live people counting system to indicate peak times.

Mr Holder said Revo was disrupting the fitness industry by offering affordable memberships, no lock-in contracts, no sign-up fees, access to every facility and 24/7 gym access.

He added that Revo continued to drive growth by demonstrating a commitment to the community.

The company recently extended its agreement with the Claremont Football Club as the stadium’s official naming partner.

The agreement ties the Revo name to Claremont Oval until at least 2029, a decade after the initial signing took place in 2019.

“Having the naming rights just means that fitness, health and wellbeing are at the forefront of people’s minds,” Mr Holder said.

“We feel strongly aligned in our values and ambition, and look forward to continuing that into the future,” he said.

Denial of responsibility! Yours Bulletin is an automatic aggregator of the all world’s media. In each content, the hyperlink to the primary source is specified. All trademarks belong to their rightful owners, all materials to their authors. If you are the owner of the content and do not want us to publish your materials, please contact us by email – [email protected]. The content will be deleted within 24 hours.
BusinessClaremont Football ClubFitnesslifestyleSmall businesssportstartups
0
Share