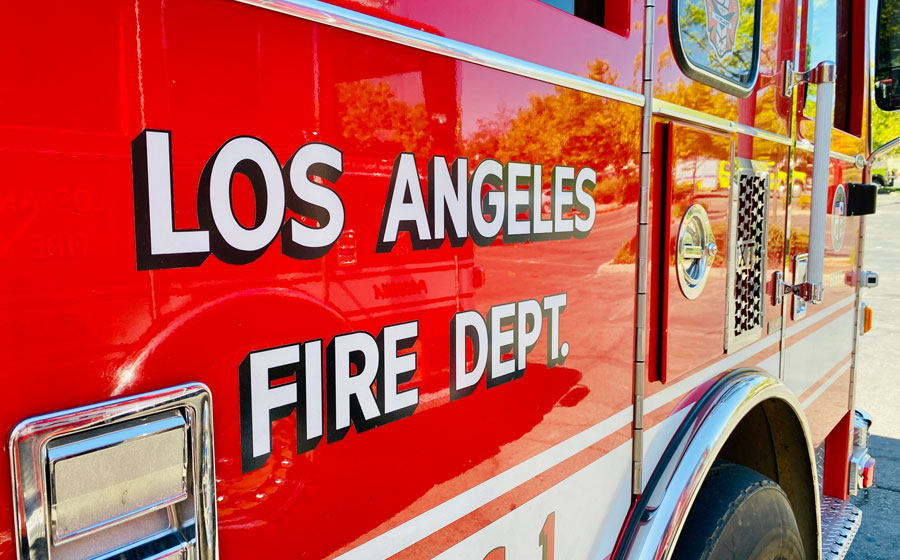 LOS ANGELES, CA – An LA firefighter was pretty straightforward about his feelings concerning the COVID-19 vaccine when he reportedly received a letter from his superiors demanding he get the jab, and responded by literally dropping his pants wiping his backside with it, right in front of his Fire Chief.

The Los Angeles Fire Department spokeswoman Cheryl Getuiza confirmed the incident and that they are conducting an investigation into the unnamed firefighter in question, stating that he “responded inappropriately” after he was presented with a letter to comply with the city’s vaccination mandate.

“The department is aware of the seriousness of the allegations and took immediate action upon learning of this incident,” she said, without commenting further.

The firefighter had received the noncompliance letter on November 18, and immediately responded by dropping his pants and underwear and actually wiping his bottom with the document – covering it with fecal matter – before throwing it upon the floor. This was said to have taken place at Fire Station 69 in Pacific Palisades in front of an LAFD captain and a chief officer, reports say.

Getuiza noted that the firefighter is currently on paid administrative leave and, pending the outcome of an investigation, “will face the consequences of any inappropriate acts.”

Jimmie Woods-Gray, president of the Fire Commission, was highly critical of the firefighters actions in a statement she released on Wednesday.

“I am beyond appalled at such an act by an LAFD firefighter,” she said. “Strong corrective action is necessary.”

Getuiza noted that the City of Los Angeles’ vaccination mandate has to be complied with – either by getting the jab, or applying for a religious or medical exemption – or employees can face the loss of their jobs.

“No matter how our members react, all city employees must abide by the city ordinance…either file for an exemption, get vaccinated, or face termination,” Getuiza said.

The LAFD vaccination mandate has sharply divided the department, reports say, with many firefighters speaking out against the measure; the city was recently sued by a group called the Firefighters 4 Freedom Foundation, and a video of a firefighter rallying against the mandate in August went viral.

Why the Search for Life on Mars Is Happening in…