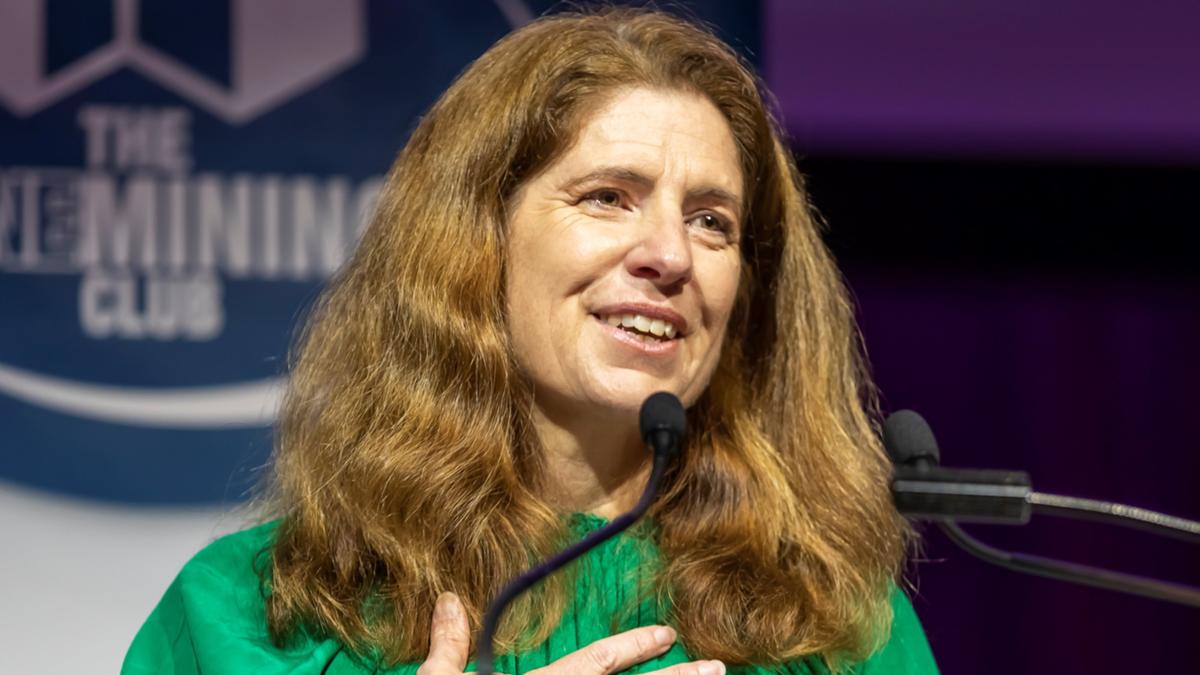 Rio Tinto is eyeing a move into renewable energy generation and supply to meet its own emissions reduction targets and capitalise on commercial opportunities as the world seeks to decarbonise.

Speaking at a Melbourne Mining Club function on Friday, Rio’s Australia chief executive Kellie Parker confirmed Rio was considering its options in the generation and supply of renewable energy.

“We are looking at that now, as we analyse the scores of proposals that have been put forward to us, initiatives that involve Rio Tinto at all stages of the supply chain, from owner, operator, partner, provider, investor and customer in these projects,” she said.

Building renewable energy infrastructure would mark a significant shift for the mining giant, which has always relied on external sources of power and sold its last remaining coal mine in 2018, which allowed it to claim fossil fuel-free status.

Ms Parker said the company appreciated it had an “immense workload” to meet its target of halving its emissions by 2030 as well as a more immediate 15 per cent reduction by 2025 and a longer-term net zero by 2050 goal. Despite Rio’s targets, green lobby groups have called on the company to set more aggressive goals for its scope 3 emissions, those produced by its customers and suppliers.

In a wide-ranging speech, Ms Parker also cheered the passing of the Federal climate target bill this week as well as the government’s commitment to a referendum on an Indigenous Voice to Parliament.

Ms Parker said there was a real sense of optimism about the potential for greater certainty and consistency in the energy policy framework in Australia with the Government’s commitment to a 43 per cent cut in emissions by 2030.

“In terms of moving forward together as a reconciled nation, Rio Tinto has long supported constitutional recognition for Indigenous Australians, having backed the ‘Recognise’ campaign, through to the Uluru Statement from the Heart, to where we stand today, with the growing momentum behind an Indigenous Voice to Parliament,” she said.

“I was there at the Garma Festival in north-east Arnhem Land last week when Prime Minister Anthony Albanese stood before Indigenous leaders and declared a referendum to include recognition in the Constitution would be held before the next election.”

Ms Parker said Rio had acknowledged a need for greater transparency in its dealings with its workforce, Indigenous communities and other stakeholders following the company’s destruction of the Juukan Caves Aboriginal heritage site in the Pilbara and with the arrival of new chief executive Jakob Stausholm at the beginning of last year.

She pointed to the company’s decision to publicly release a damning internal report by Australian Sex Discrimination Commissioner Elizabeth Broderick that found bullying and sexism were systemic and racism was common.

The report collated the views of more than 10,000 employees and contractors worldwide who participated in listening sessions and surveys.

Ms Parker said while the decision to highlight such a sensitive issue might be considered “brave” in the manner of Sir Humphrey and Yes Minister, it sent an immediate and unmistakable message to Rio’s people that the company was treating the matter seriously.

“Importantly, it has encouraged our people to speak up about poor conduct on our sites or in our offices, with the number of reports up by 95 per cent.

“We view this as progress and a sign of confidence in the systems we have in place to deal with these matters.

“Importantly, of those reporting issues, those wishing to remain anonymous has decreased by 40 per cent.

“Our people understand we are treating these matters seriously and any concerns will be managed objectively, with care and consultation throughout.

“I firmly believe the process of publicly airing these matters has built trust and accelerated the momentum for change within the business on this important issue.

“Having established and acknowledged the extent of the problem, we are now implementing the recommendations set out in the report.

“As part of this relationship building, we are fostering a truth-telling process across our operations, giving our large workforce greater insight, perspective and understanding of key Indigenous issues, the importance of reconciliation and for Indigenous Australians to have the voice they deserve.”

Ms Parker said the company had acknowledged there were some serious underlying issues at the company well before the terrible events at Juukan Gorge in May 2020.

“Much of this related to culture. It is widely acknowledged that culture is the foundation for performance and crucial to effectively executing strategy,” she said.

“We now recognise we had placed too much emphasis on business performance.

“We had focused too much on our short-term needs and transactional dealings, and neglected the connections and rapports that we spent so long building over the previous generation.

“We did not focus enough on relationships with our people, our partners and with the communities where we operate.”

Ms Parker said chief executive Jakob Stausholm’s and Rio’s Executive Committee had been working with our senior leaders to reflect carefully on what sort of business we want to build for the long term.

“The first building block was creating a clear sense of purpose. A purpose for our 45,000 employees that involves putting respect for people, communities and land at the heart of our contribution,” she said.

“We’re now very clear on where we’re headed and what we need to do.

“We have set new values for our people – care, courage and curiosity – and are embedding these across the business.

“A key to improving our culture is an understanding that partnerships are built on trust. It’s not rocket science, but it requires a lot of effort. Without the continual nurturing of trust, things can go wrong very quickly.

“And crucially, they can’t be fixed overnight.

“That’s why we have focused on rebuilding that trust by changing the way we do business and improving our culture.”

Denial of responsibility! Yours Bulletin is an automatic aggregator of the all world’s media. In each content, the hyperlink to the primary source is specified. All trademarks belong to their rightful owners, all materials to their authors. If you are the owner of the content and do not want us to publish your materials, please contact us by email – [email protected]. The content will be deleted within 24 hours.
BusinessIron oremarketsminingrenewable energy
0
Share

Orbs, energy-crystals and public canoodling: the…

CUET-UG phase 3 from August 17; confusion over…

Slow-cooked lamb that can stand the heat – The…