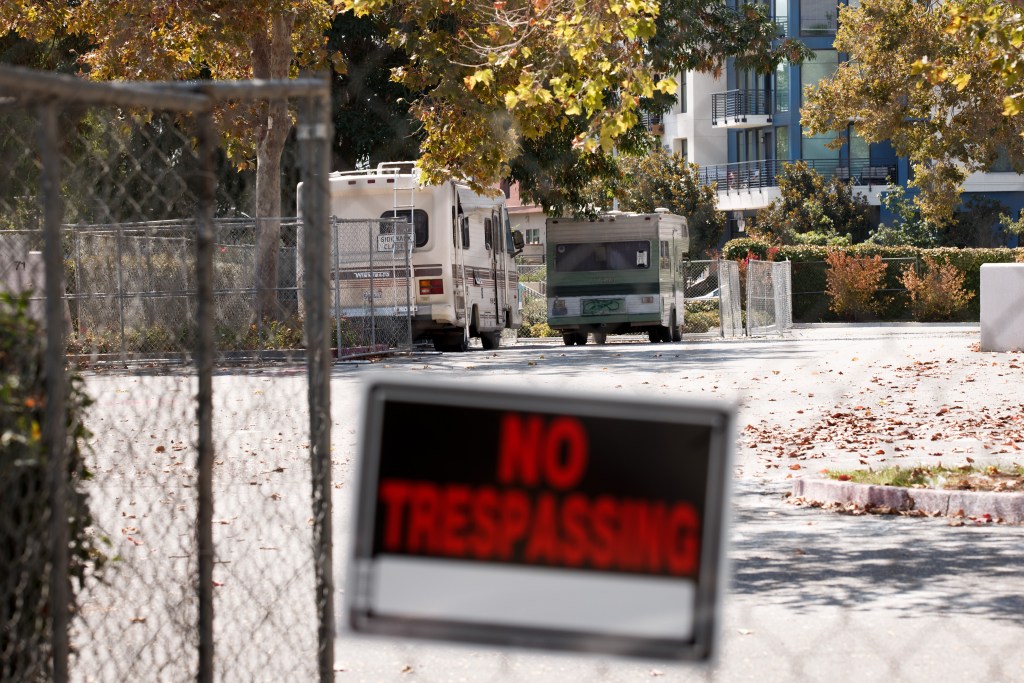 Less than three months after it opened as a haven for a handful of people displaced from a homeless encampment on Apple property, San Jose’s first city-sponsored safe RV parking site has been shuttered.

San Jose officials shut down the temporary site Sunday because they say that everyone who had been living there either left on their own or found other housing opportunities. The closure comes after months of protests and outcry from a group of nearby residents over safety concerns and lacking communication.

“The story to me is not about the closure of the site but the success of giving people a safe place as we transition them from their original location to something more appropriate long-term,” said David Cohen, whose district hosted the site. “My only regret is that the site was large enough to have more people served there but because of all the fearmongering from neighbors, we weren’t able to fully utilize it to help more people.”

When Cohen and city housing officials announced in early September that they were converting the parking lot of an old, vacant tech office at 71 Vista Montaña in North San Jose into an RV parking site for unhoused residents, the blowback was swift. A group of residents who lived nearby began organizing and staging protests to block it from happening.

The site was set up on a temporary, emergency basis without public hearings and with little to no notice given to neighbors.

“It’s kind of insulting in a way to have no say in what the city does with regards to your neighborhood,” said Alma Goldchain, who has lived in a townhome near the site for 25 years. “It just seemed like these homeless people who don’t pay property taxes and don’t pay into this city were getting more rights than the people who do.”

Cities across the Bay Area — from Oakland to Mountain View — have launched safe parking programs in recent years to offer those living out of cars, trucks and RVs basic services, such as restrooms and showers, and connect them with case managers who help them find more stable housing.

Unlike most of those sites, which are in industrial and off-the-beaten-path locations, this San Jose site was in the middle of a densely-populated residential neighborhood with luxury apartments, upscale townhouses and single-family homes, as well as two parks where dogs, children and sports teams congregate.

A group of neighbors, including Goldchain, took turns patrolling the neighborhood to see if there was anything untoward happening.

Goldchain, who heard about the pending closure earlier this week, said she was thankful that chapter was ending, but she still has lingering concerns.

“I’m glad we don’t have to fight so hard but I don’t think the problem is over,” she said. “Now other homeless people have started showing up on our streets because they thought this was a safe area.”

Lorelei Martinez had been living at the site until last weekend, when a caseworker arranged for her and her fiance to move into a tiny home at an interim housing site in South San Jose.

While Martinez felt like she was pushed out of the safe parking site quicker than she anticipated, she said she was thankful for the privacy of her new tiny home. She’s also more comfortable now that she doesn’t have to deal with neighbors harassing her, she said.

“One man pulled up next to me telling me that he feared for the safety of his child and that I didn’t belong there,” she said. “The experience kind of scared me.”

San Jose opened the site in early September after Apple swiftly moved to dismantle a large homeless camp on its vacant Component Drive property in North San Jose so it could prepare to start construction on a new campus there. The tech giant paid millions of dollars to put most of those living on the vacant property in motel rooms for nine months and offered them a year of case management services, but a handful of people living in RVs or trailers wanted to keep the places they had long called home.

As an alternative to a motel room, San Jose opened up the parking site in the lot outside an old tech office, which is now owned by the city.

City officials said the site could hold up to 20 people for no longer than nine months — by which time they hoped to set up a more permanent safe parking area.

At its peak, the Vista Montaña site had 11 parked vehicles, including about five people who were living in the vehicles at any given night as well as vehicles that were being stored there for people living in a motel.

Since the site’s abrupt closure, the city has not yet made plans to designate a permanent safe parking site for residents living out of RVs or vehicles across the city.

On Tuesday, two RVs were parked on the streets surrounding the former safe parking site.

A fence wrapped with black mesh covers and donned with “No trespassing” signs still surrounded the parking lot. Deputy city manager Rosalynn Hughey said the city plans to return the property to its previous state, including removing dumpsters, lights, porta-potties and handwashing stations, by December 3.

The city’s housing department is working with organizations like the Valley Transportation Authority, Santa Clara County Housing Authority
and the county’s Office of Supportive Housing to identify potential longer-term safe-parking sites. Meanwhile, Councilmember Cohen is trying to also looking into a permanent location in his own district.

Adrian Bueza, a San Jose resident who lives near the former safe parking site, said he never had a problem with the use of the lot. To him, it was better than having more people on the streets.

“I just hope the city finds a place for these people, instead of just closing it, especially with this cold weather,” he said. “We don’t need people to become more homeless.”

As tech companies pull back from Russia, China…

End Presidential Elections as We Know Them