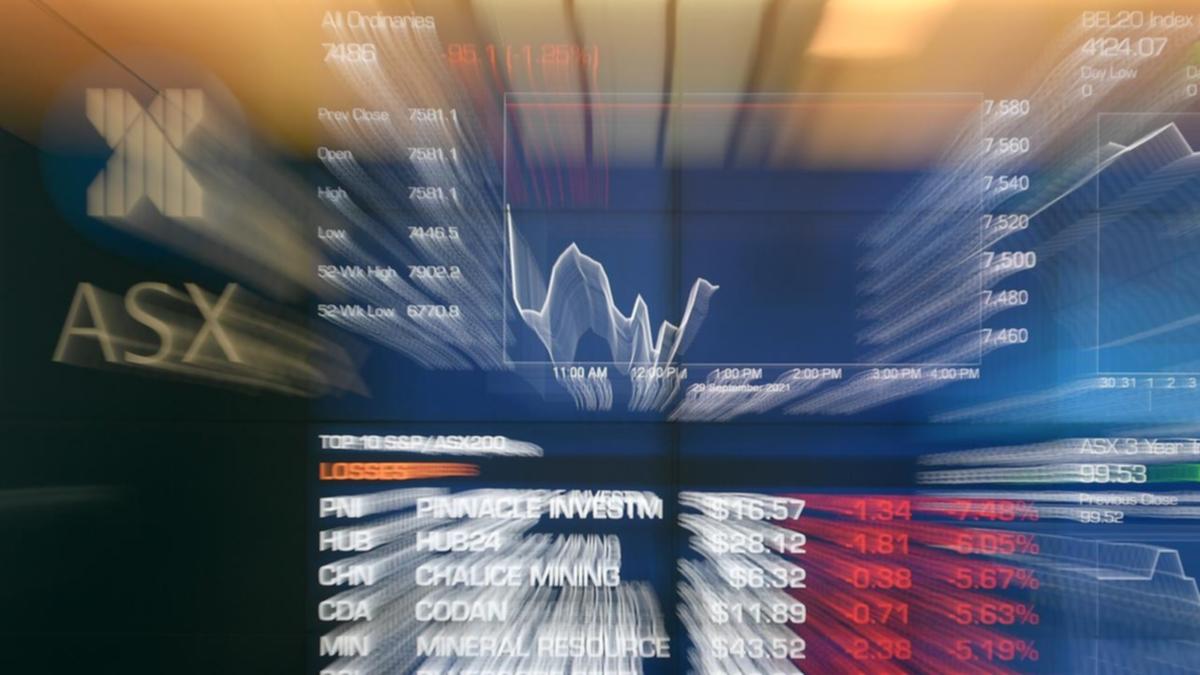 Australian shares have dropped and the local currency has rallied after official data showed headline inflation rose more than expected in the December quarter, bolstering expectations of an interest rate hike next month.

Investors had hoped for a slowdown in the official inflation figures, which could have made the case for the Reserve Bank to pause its rate increase cycle next month.

Instead, data from Australian Bureau of Statistics on Wednesday showed annual inflation rose 7.8 per cent in the December quarter – the highest increase in the consumer price index since 1990.

Economists had expected a price rise of 7.6 per cent on an annual basis.

The higher-than-expected number pushed the Australian dollar up to a five-month high of 70.86 US cents. The local currency was trading at 70.82 US cents at 1200 AEDT.

Markets are now leaning towards a quarter-point hike from the Reserve Bank of Australia next month.

Among stocks, every sector bar utilities was in the red, with property, technology and energy shares among the worst affected.

Declines in heavyweight mining, energy and financial stocks added to the weak result.

Energy stocks rose earlier after top producer Woodside posted record production in the December quarter, but reversed course following the inflation numbers and an overnight drop in the oil price.

Woodside, Santos and Beach Energy were trading between 0.6 per cent and 1.2 per cent lower.

The inflation data proved to be a dampener for the interest rate-sensitive financial sector. Each of the Big Four banks lost ground to trade in negative territory.

Meanwhile, technology stocks looked to have snapped their two-day rally, with ASX-listed shares of payment giant Block down nearly 3.0 per cent, while Link Market Services dropped 2.0 per cent and Computershare slipped 1.0 per cent.

Denial of responsibility! Yours Bulletin is an automatic aggregator of the all world’s media. In each content, the hyperlink to the primary source is specified. All trademarks belong to their rightful owners, all materials to their authors. If you are the owner of the content and do not want us to publish your materials, please contact us by email – [email protected]. The content will be deleted within 24 hours.
Businessmarkets
0
Share

With Nvidia Eye Contact, you’ll never look away from a camera again