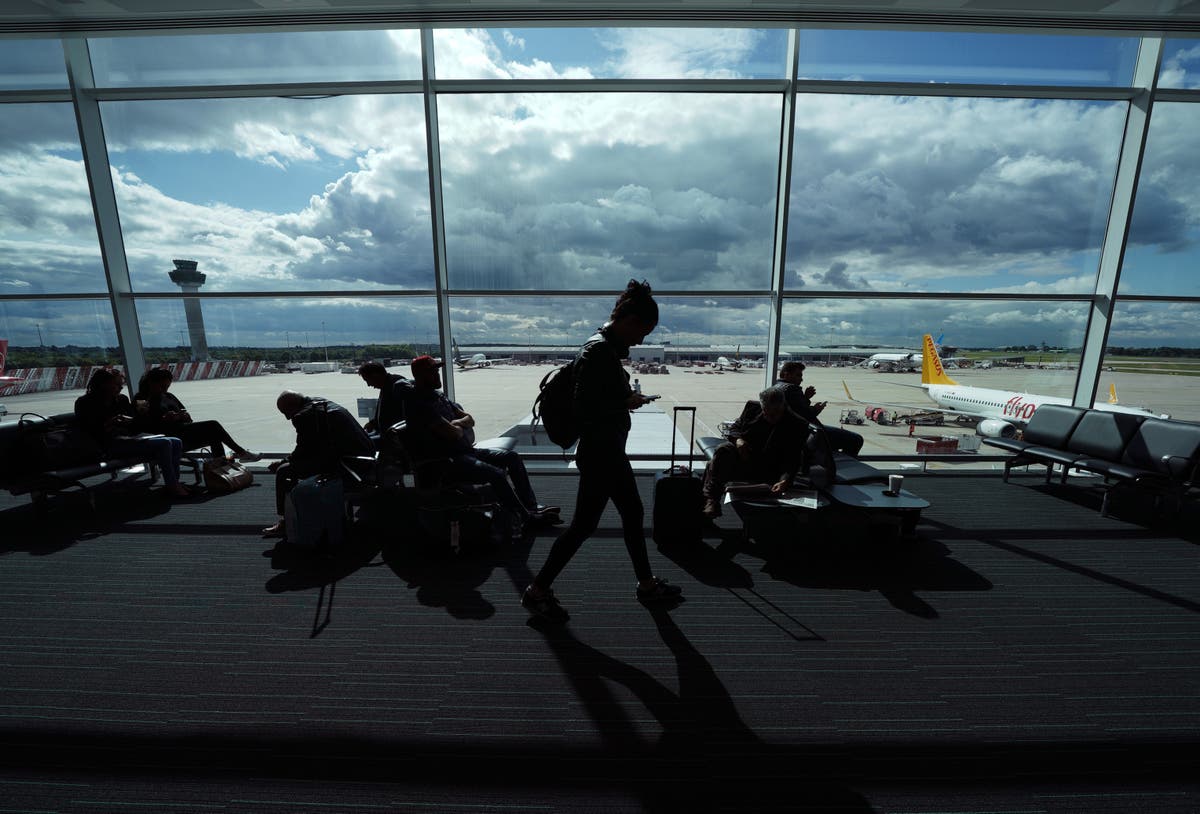 t the centre of “jet zero” – the gimmicky name that the Government slapped on its plans to decarbonise aviation – is the claim that a commercial passenger jet will cross the Atlantic without producing any carbon emissions by 2025.

Critics say such a transatlantic journey wouldn’t be feasible (or affordable) at scale – and that focusing on so-called sustainable fuel ignores the need for a major reduction in flights in general and a hefty tax on jet fuel.

So is SAF (which has to be blended with fossil fuel up to a 50% mix to ensure that existing aircraft can use it) the future of more planet-friendly flying – or an oxymoron being pushed by the airline lobby?

The firm creates its SAF (a catch-all-term for lower-carbon-burning fuels) by mixing waste woody biomass with conventional kerosene to create a cleaner-burning fuel. Carbon capture and storage tech means the manufacturing process can be rated as net carbon negative.

IAG – which has flown ahead of most rivals with its eco intentions, committing to powering 10% of its flights with SAF by 2030 – admits “aviation may be one of the most difficult sectors to decarbonise.”

But funnily enough Jonathon Counsell, the airline group’s head of sustainability, maintains there’s no need to shutter our airports. “The problem is not flying, it’s carbon and we are working on the transition. Aviation is responsible for around 2.4% of all man-made CO2 and we are taking action to tackle the industry’s carbon footprint.”

Or, as one transport analyst puts it, “IAG’s gone out fighting in the battle to own the agenda; when you’re seen as the polluter, that’s the best way to avoid being slapped with taxes.”

But SAF has two major problems: how it’s made, and how much it costs.

Sustainable fuels can reduce carbon emissions by as much as 70%, according to aviation industry body IATA – which has launched a renewed push on SAF since Willie Walsh, IAG’s former CEO, took over its cockpit.

But currently SAF accounts for just 0.01% of total fuel consumption in Europe. That demand can be fed from sources like used cooking fats. Critics argue that any huge boost to supply would require swapping land from that used for feedstock production or contributing to deforestation.

. Andrew Lobbenberg, HSBC’s aviation analyst, says that’s a misnomer. “The future of SAF won’t exist off the existing feedstock. There might be more available from existing sources as ground transport, which can electrify far more simply than aviation, needs less biodiesel so more used cooking oil from, say, McDonalds could get converted to aviation fuel – but that’ll only help at the margins. SAF needs to develop from a whole set of new feedstocks, notably waste from households, forestry and agriculture.

“Today the cost of SAF is incredibly high, but as production industrialises it should get cheaper. it’s still probably the key tool for decarbonising aviation.”

Currently SAF is as much as five times more expensive than fossil fuels. Industrialising production will bring the cost down but may require tax incentives (as in the US) and/or mandates (the European Commission has proposed a 5% SAF blending mandate in the bloc by 2030) – but in any case still won’t match the cost of kerosene itself. “But it doesn’t have to,” points out Lobbenberg.

At IAG, Counsell is even more optimistic, predicting SAF prices to fall below fossil prices in areas where renewable power is plentiful and cheap.

Demand certainly looks set to soar. The Air Transport Action Group reckons the aviation industry will need as much as 445 million tons of SAF to meet its net zero target in 2050. Based just on IAG’s target of 10% SAF in its flights by 2030, it would need “about 1 million tonnes of SAF,” Counsell confirms.

For now, SAF is a green(er) sticking plaster. It can be mixed into existing fuel supply infrastructure, and used in existing jets to make an environmentally dirty mode of transport more palatable. Long haul-ready electric or hydrogen-powered jets won’t be ready until perhaps 2040 at the earliest – SAF could be on-tap far more rapidly.

“Unlike other industries aviation does not have an immediate alternative to fossil fuels,” Counsell admits. “SAF are a solution that is available today and with the right policy support to incentivise investment we expect more plants to be built in the future to provide enough supply for the industry. In the next 10 years up to 14 plants could be built across the UK, creating 6,500 jobs and saving 3.6 million tonnes of CO2 per annum.”

No wonder shares in Velocys, IAG’s Cambridge-based SAF supplier, have almost doubled in the last year.

Still, like most environmental issues, fuelling aviation is a global issue. “If one country or bloc like the EU takes a stance, it could end up disadvantaging its aviation and tourist industries and economies against the rest of the world, when climate change is a global problem,” Lobbenberg adds.

The UN’s International Civil Aviation Organization hosts its next major meeting in October 2022: SAF-watchers are keen to see how the debate moves on.

Any world leaders flying there on SAF-fuelled private jets will be hoping for good global news.

Denial of responsibility! Yours Bulletin is an automatic aggregator of the all world’s media. In each content, the hyperlink to the primary source is specified. All trademarks belong to their rightful owners, all materials to their authors. If you are the owner of the content and do not want us to publish your materials, please contact us by email – [email protected]. The content will be deleted within 24 hours.
carbon emissionsFuel
0
Share

How The Pandemic Is Changing The Education Sector – The Published Reporter®