Why is the cryptocurrency market down today? 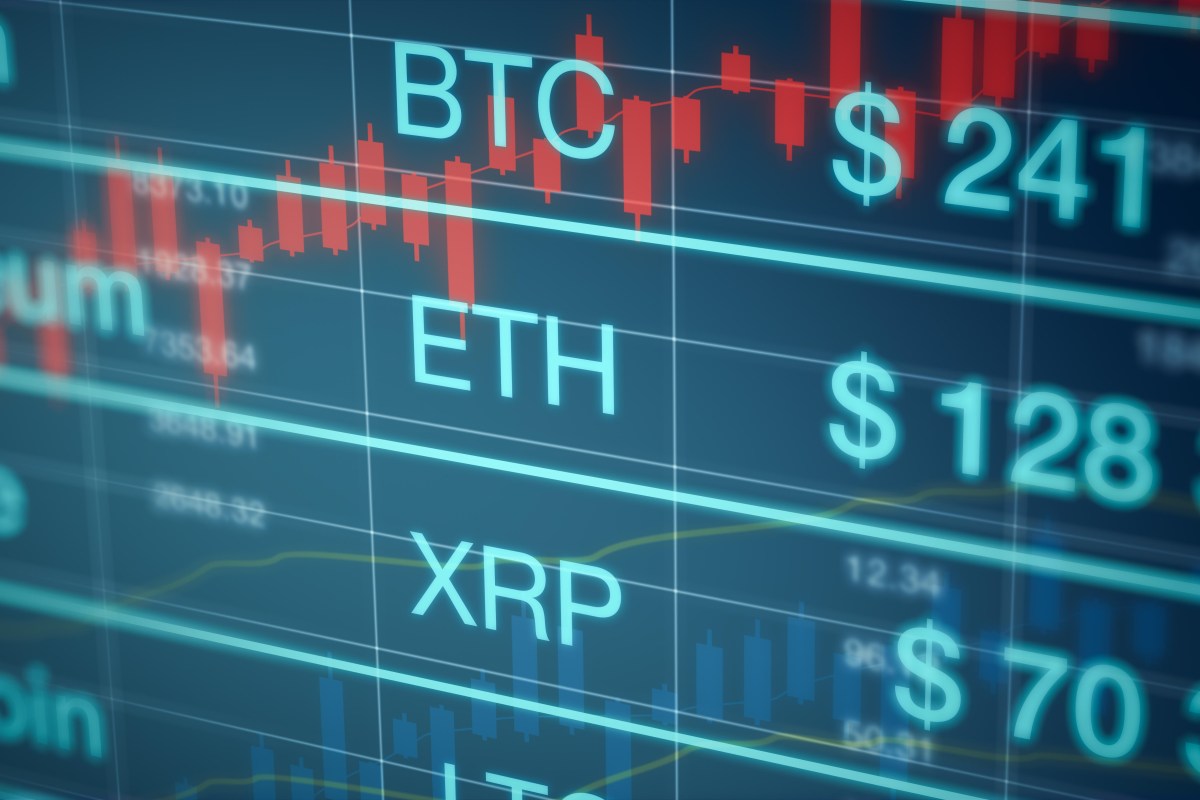 THE crypto market has dropped today as it has failed to recover from the impact of a government crackdown in India.

The price of Bitcoin, the biggest cryptocurrency on the market, is now trading at $54,900 after hitting a record high of more than $69,000 earlier this month.

Cardano, XRP, and Shiba Inu are also down today, according to Coinmarketcap.

This comes days after India announced plans to ban all private cryptocurrencies – aside from a few exceptions – and launch a central bank backed official digital currency.

Meanwhile, Dogecoin and Etheruem are down 7% and 4.44% respectively today.

Cryptocurrencies are highly volatile, meaning their values often make large swings with no notice, as the latest plunge shows.

Investing in cryptocurrency is a very risky business.

You can be left with less money than you put in, and could even lose it all.

You might not be able to access your investment if platforms go down and you could be left unable to convert crypto back into cash.

There have also been warnings around scams related to cryptocurrencies, with people losing vast sums of money.

(Ad) An easier way to buy crypto with eToro

Join the 20 million users who trust their investments with eToro.

You can start investing from as little as $50.

Choose from a selection of crypto assets including Bitcoin, Ethereum and Dogecoin. You can practice risk-free, with a virtual investment account.

Cryptocurrency investing within the EU (by eToro Europe Ltd. and eToro UK Ltd.) & USA (by eToro USA LLC) is highly volatile, unregulated in most EU countries and the UK. No consumer protection. Not supervised by the EU or UK regulatory framework. Investments are subject to market risk, including the loss of principal.

Why have the crypto markets been down?

Aside from the news out of India – cryptocurrencies have been enduring volatility lately.

And there a few reasons why.

China also announced plans to clean up virtual currency mining, according to CNBC.

Previous moves by the country to crackdown on mining and trading of crypto has previously sent markets plunging.

Meanwhile, US regulator the Securities and Exchange Commission (SEC), stopped a fund listing that would track the price of Bitcoin.

If successfully listed, the fund would have enabled investors to enjoy any gains – or suffer falls – in the price of Bitcoin, without having to hold the cryptocurrency directly themselves.

But the exchange traded fund (ETF) was rejected by the SEC, which is sceptical about the cryptocurrency.

He said: “We have noticed some larger sales occur on Bitfinex as well as openings of new short positions.

“While liquidations so far are quite low by historical standard and funding rates are approaching flat, we could see a further cool-off in BTC for the short term as momentum is beginning to stall.”

The price plunge comes after it hit all-time highs but cryptos have been under pressure with losses accelerating this week, she said, sending Bitcoin and Ether down more than 13% from recent highs.

“From a technical perspective, Bitcoin has breached key support at $60,000, which could pave the way for further declines unless it can break back above this round number resistance,” she added.

“However, it is worth pointing out that although this is shaping up to be the biggest one-day sell-off since September, so far the drop has only taken the price of Bitcoin back down to three-week lows with another 33% drop required to revisit the September trough.”

THE Financial Conduct Authority (FCA) has warned people about the risks of investing in cryptocurrencies.

Kunal Sawhney, chief executive officer of equities research firm Kalkine Group, told Yahoo Finance that a 5% to 10% correction was “quite normal,” given the surge in trading in the previous month.

The major cryptos have dropped before following a global sell-off in stock markets.

That came after the struggling Evergrande property giant in China sparked wider fears for the global economy.

Snowed under a huge debt pile, a business default could hurt more than just China and it’s also sparked fears it could affect the crypto markets.

China announced a ban on cryptocurrencies in September, when JP Morgan analysts also warned that the markets were due a correction following “retail investor mania”.

And in August, hackers stole $600million in a cryptocurrency heist after spotting a “vulnerability” in a blockchain site.

That came after a series of worldwide crackdowns on the cryptocurrency market, and another big sell-off in global stock markets.

Many crypto-mining regions in China are radically reducing operations.

Miners create new cryptocurrencies using a complex computer code in a complex process, which is highly energy intensive and requires a lot of computer power.

Authorities in the China’s southwest province of Sichuan ordered crypto-mining projects to close earlier this summer.

It followed on from Beijing declared war on Bitcoin mining and trading as part of a series of measures to control financial risks.

Iran has also banned the mining of cryptocurrencies including Bitcoin for nearly four months because the country faces major blackouts and mining uses lots of power.

Coins took another big blow in April when Turkey’s central bank banned the use of cryptocurrencies for purchases.

From Dogecoin and Litecoin to Bitcoin – here are the different cryptocurrencies explained.

What is the cryptocurrency Dogecoin?

7 Tips to Get Your HVAC System Organized for Winter