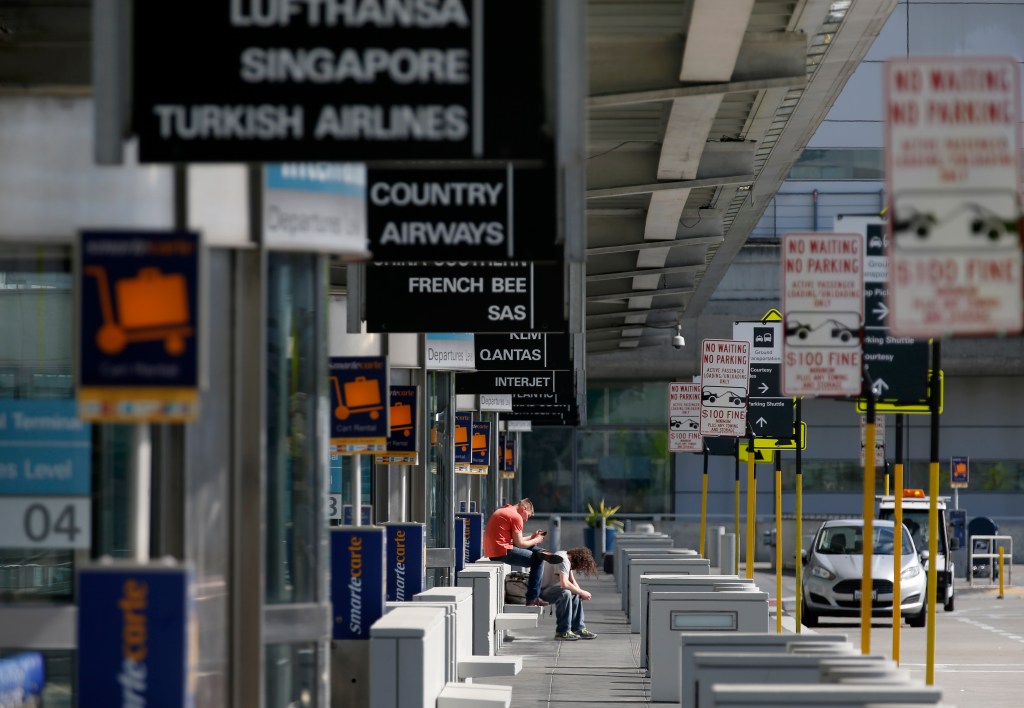 But the pandemic knocked them all off their stride. And today, more than 18 months after the coronavirus became a dreaded word, Bay Area airports are lagging well behind other major U.S. airports struggling to return to their heydays.

As of September 2021, both SFO and Mineta San Jose were serving about 54% as many passengers as in September 2019 and Oakland 68%.

Meanwhile, other major airports across the country, including Chicago O’Hare, Dallas and Seattle-Tacoma, are rebounding at a much faster rate, serving at least 77% as many passengers as they did in September 2019. And in Denver and Charlotte, air travel has surged almost all the way back to 2019 levels.

So what gives at the three Bay Area airports, which attract slightly different traveler groups yet have met a similar fate?

Experts say one possible explanation can be found in the region’s generally more cautious approach to dealing with COVID-19.

The Bay Area enacted the first shutdown orders in the nation in March 2020, and the world’s biggest technology companies, which are headquartered here, have yet to reopen their offices. Meanwhile, some major companies in other parts of the nation have been back in the office for months.

“As much as we all enjoy traveling here, we have shown consistently as a region that we are heeding the advice of health experts and that advice has, until recently, discouraged people from traveling,” said Henry Harteveldt, a San Francisco-based travel industry analyst.

“It’s a downward cycle for us,” he added. “Because we’re less likely to travel and because our recovery rate has lagged behind other airports, an airline is going to say ‘Well if I’m going to put a machine that costs $150 million into a market, do I send it to a major hub like Dallas or Atlanta or to one of the Bay Area airports?’ and at this point, they’re most likely going to choose the former.”

Another factor contributing to the airports’ slow recovery is that business travel, which many had expected to begin picking up as more people got vaccinated, couldn’t overcome this summer’s surge of the virus’ Delta variant.

Before the pandemic, major Bay Area tech companies like Apple and Google would regularly fly in employees and consultants from across the nation and globe for meetings and conferences, but now most of that interaction is taking place remotely.

While domestic and leisure travel have recovered more quickly, the outlook for the region’s airports remains foggy as long as international and business trips fail to soar once more.

“No one knows the day, the month or even the quarter that everything will be fully normalized,” said Mark Kiehl, director of air service development at Mineta San Jose, known by some as the airport of Silicon Valley. “I think we’re pretty resilient, but we have to get back up to speed, back into the offices in a hybrid approach or whatever it takes and then kind of turn on the business travel again.”

Additionally for SFO, which serves as a gateway for international travel between the U.S. and Asia, tight travel and quarantine restrictions on U.S. residents bound for Asia have been an impediment.

To offset their losses, airport officials have had to make difficult decisions.

At Oakland International, that meant delaying physical upgrades to its concessions. At Mineta San Jose, some expansion plans have landed on the backburner. And at SFO, more than $2 billion in planned capital improvement projects have been postponed, including renovation of Terminal 3, where United Airlines operates. The terminal upgrade has yet to be rescheduled, even though construction initially was supposed to start in the summer of 2020.

Still, officials at each airport remain optimistic that traffic will rebound and planned projects will get completed.

Southwest and Delta have both added new routes out of Oakland International Airport within the past two months. And on Nov. 21 — the Sunday before Thanksgiving — the airport served 87% of the number of passengers it did on the same day in 2019.

“We’re happy to see what we are seeing in terms of the customer response and we’re expecting that we will continue to have flights added to the schedule,” said Bryant Francis, director of aviation at the Port of Oakland.

Officials at SFO are hopeful that a decision by the Biden administration earlier this month to reopen U.S. borders to vaccinated foreign travelers also will help to speed up its recovery.

International passengers made up 25% of SFO’s traffic before the pandemic — a significant figure that only a handful of other airports in the nation could rival — but that diminished when stringent travel restrictions and quarantine protocols went in place across the globe.

Already, things are turning around. Earlier this month, the French airline French Bee resumed service to Tahiti. Aer Lingus plans to resume flights to Ireland next month. And, United is expected to once again offer nonstop flights from San Francisco to Paris in December.

“We were not only happy with the announcement itself, but we were happy with the timing of it because we knew that by implementing this in early November, it would give airlines and airports the opportunity to capture more international activity around the year-end holidays more so then if this was a January 3 implementation,” said Doug Yakel, spokesperson for San Francisco International Airport.

Meanwhile, Oakland International Airport, which is rebounding more quickly than San Jose and San Francisco airports, will need to stay competitive and hone domestic and leisure travel, which it considers its “bread and butter.”

“I’m not seeing this current state of air travel in the Bay Area as the new normal,” travel analyst Harteveldt said. “I see it as part of a series of steps up a ladder toward a recovery that I believe will be close to pre-pandemic volumes of passengers at the Bay Area airports if not in 2022, I think it’ll be no later than 2023.”

Promoting Bitcoin Could Damage The Reputation Of…

Templestay Unifying All Together Across Borders…