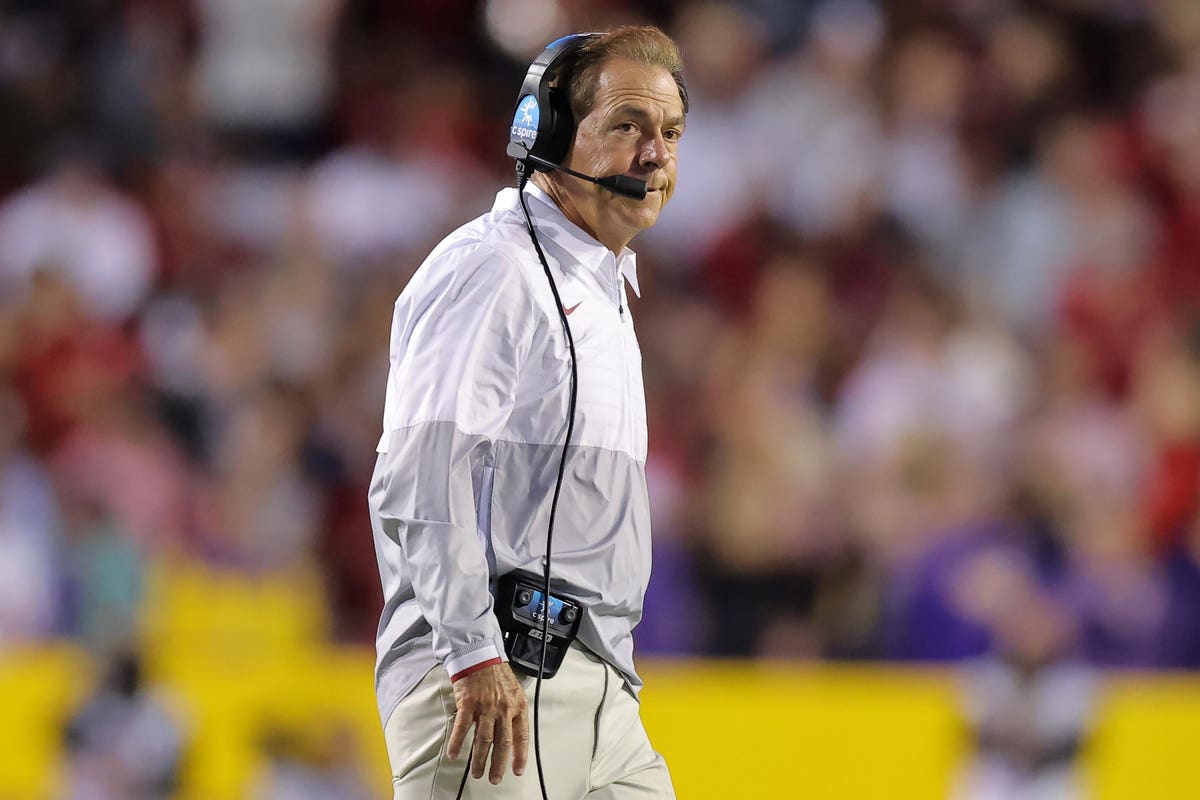 For the first time since forever (OK, since 2011, but it seemed longer), the SEC championship game wasn’t the must-see event out of all its peers during the weekend after the final regular season of college football.

It was the Big Ten championship game.

Well, at least according to TicketIQ.com, which had the cheapest get-in price at $192 to watch Big Ten teams Michigan and Purdue battle Saturday evening inside Lucas Oil Stadium in Indianapolis compared to the lower mark of $187 for the earlier Saturday conference title game between defending national champion Georgia versus LSU at Mercedes-Benz Stadium in Atlanta.

Both games were duds. After unranked Purdue teased No. 2 Michigan through the first half, the Wolverines clobbered their mostly average opponent 43-22. In contrast, LSU never teased. No. 1 Georgia just crushed No. 14 LSU 50-30.

“Yeah, winning the SEC is a big deal,” Georgia quarterback Stetson Bennett said, and he was named the game’s most valuable player after completing 23 of 29 passes for 274 yards and four touchdowns. “This is the best conference in football. National championships are huge and great. That’s our next goal. But SEC is the first goal.”

So, despite the rarity for Georgia of defensive lapses here and there, Bennett’s Bulldogs emphatically showed they were right on target with their goal of becoming the first repeat national champions since Alabama (remember that name) in 2012. LSU never got close to Georgia, but this blowout wasn’t the primary reason the SEC championship game lost its crown as the undisputed king this season of these contests.

LSU was just lucky to be here, partly because the Tigers spent November at home slipping past Alabama on a two-point conversion in overtime, which gave LSU the SEC West title. Just like that, LSU had a chance to reach the College Football Playoff (CFP) with only two losses at the time and with a victory over Georgia in the SEC championship game.

Then LSU was shelled 38-23 at Texas A&M to end the regular season, and the Tigers were exposed even more as a CFP wannabe by Georgia.

The public already knew as much.

In the end, Saturday’s crowd of 74,810 was only the fourth-highest in the history of SEC championship games held in Atlanta. They came to the city from Birmingham in 1994, when they took place at the Georgia Dome (71,228 capacity), and they continued in 2017 at Mercedes-Benz Stadium (71,000).

In case you’re wondering, the largest crowd for an SEC championship in Atlanta was 78,030 at Mercedes-Benz Stadium in 2021.

Alabama draws. Big time. It starts with Crimson Tide head coach Nick Saban, whose latest team finished the regular season this season only 10-2, but both losses came on the road on the last play of the game.

You also have the micro picture of Alabama’s appeal: Saban is the owner of seven national championship rings, including six at Alabama, beginning with the one after the 2009 season. Not only that, but eight of Saban’s 10 SEC titles came with the Tide, and they entered this season with three trips to Atlanta for the SEC championship game in the previous five years and six in the past eight.

This was just LSU’s second trip to the SEC championship game (the other was in 2019 when quarterback Joe Burrow destroyed Georgia 37-10 along the way to a national title) since the Tigers flattened Georgia 42-10 in 2011.

Wasn’t that the last time before this Georgia-LSU matchup that the SEC championship game wasn’t a box-office hit?

Denial of responsibility! Yours Bulletin is an automatic aggregator of the all world’s media. In each content, the hyperlink to the primary source is specified. All trademarks belong to their rightful owners, all materials to their authors. If you are the owner of the content and do not want us to publish your materials, please contact us by email – [email protected]. The content will be deleted within 24 hours.
atlantabig tengeorgiaJoe BurrowlsuMercedes-Benz Stadiumnick sabansec
0
Share

Fortnite: Chapter 4 has a new island, dirt bikes, and Geralt of Rivia