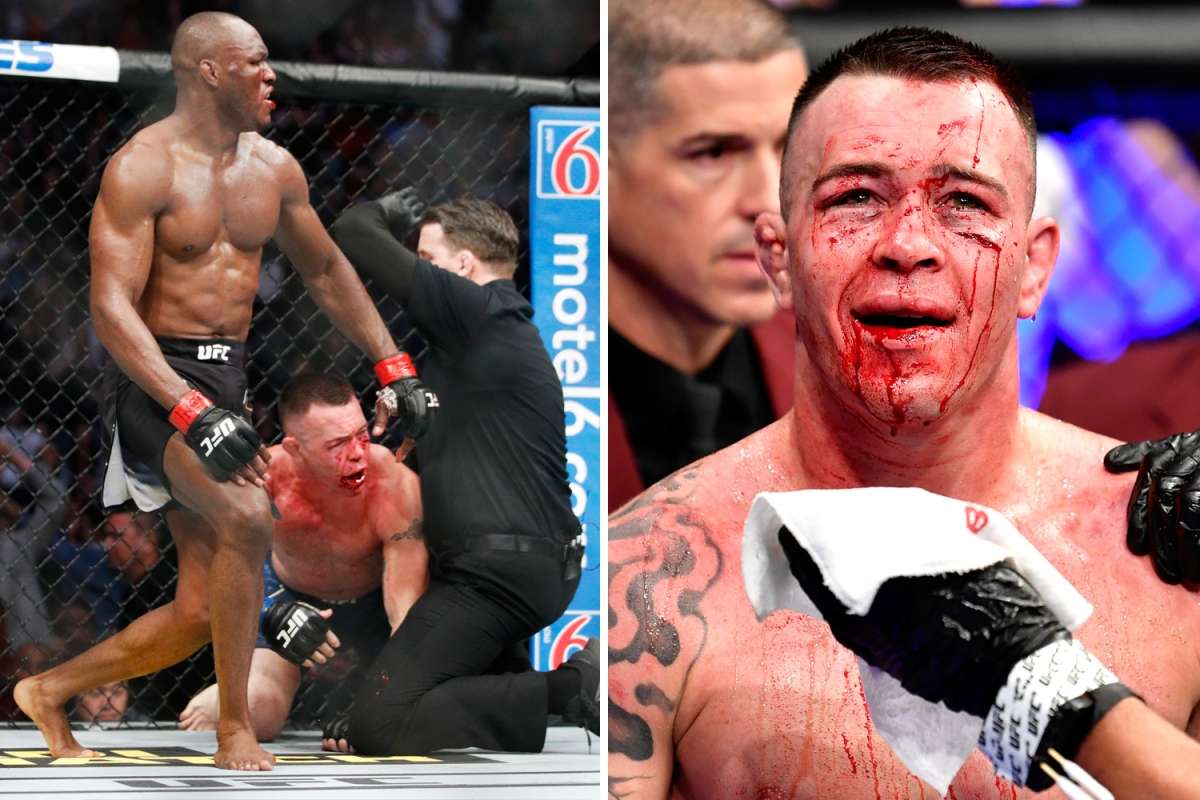 Chaos came up short against the welterweight king in an epic battle at UFC 245 in December 2019, suffering a fifth-round TKO loss.

Hours after the legendary 170lb battle, Covington took aim at Usman for deceiving Goddard by feigning a groin strike and an eye injury.

Goddard’s stoppage of the fight also engaged Covington, who has claimed the Brit was against him from the outset as he’s a vocal Donald Trump supporter.

During an appearance on The Charlie Kirk Show, he said: “The ref called multiple fake fouls that aren’t even there.

“I kicked the guy in the liver, and he was about to quit, he put his stomach down like was gonna quit.

“Ref stops it, ‘Oh nut shot.’ They show it on the replay, clearly hit him right in the liver, wasn’t even close”

COL ON THE LINE


MMA fans convinced Usman cheated against Covington ahead of UFC 268


UFC to begin talks over mouthwatering fight between Diaz and Chimaev

“So, of course, he’s gonna stack the deck against me, and not put an even playing field out there for me.

Covington will renew his rivalry with Usman this weekend in the main event of UFC 268 at Madison Square Garden.

And the former interim champ has claimed the pair’s rematch only came to fruition after the UFC threatened to strip the Nigerian Nightmare of his title.

He told ESPN: “It’s been such a journey. It’s been tough. It wasn’t supposed to happen.

“They did not want it to happen. His manager, they were refusing.

“They were trying to find every way in the book out of fighting this rematch.

“They didn’t want this fight and the only reason they have to take it is the UFC gave them no choice.

“They said, ‘Hey, you fight this fight or we strip you. It’s one or the other.’

“‘You’ve got to come out and prove you’re the best in the world. There needs to be no controversy surrounding this fight.’ So it’s been tough.”

Covington is confident of having his hand raised second time around and is happy to jump straight into a trilogy fight with Africa’s first UFC champion.

He told Yahoo Sports: “I’m not going to be a coward. I’m going to give the people what they want.

“If they want this trilogy, I’ll do it right away.

“The thing is, after I finish him next weekend, he’s not going to want to come back. It’s going to be a life-changing defeat.

“He’s not going to want to come back for the trilogy, he’s probably going to retire.”

Initial Game Offering (IGO) – All You Need To Know

Gun Sales Surge After Mass Shootings, And So Do…

Perth food and drink events to indulge at this…