Soldiers fired over vaccine refusal must pay back bonuses 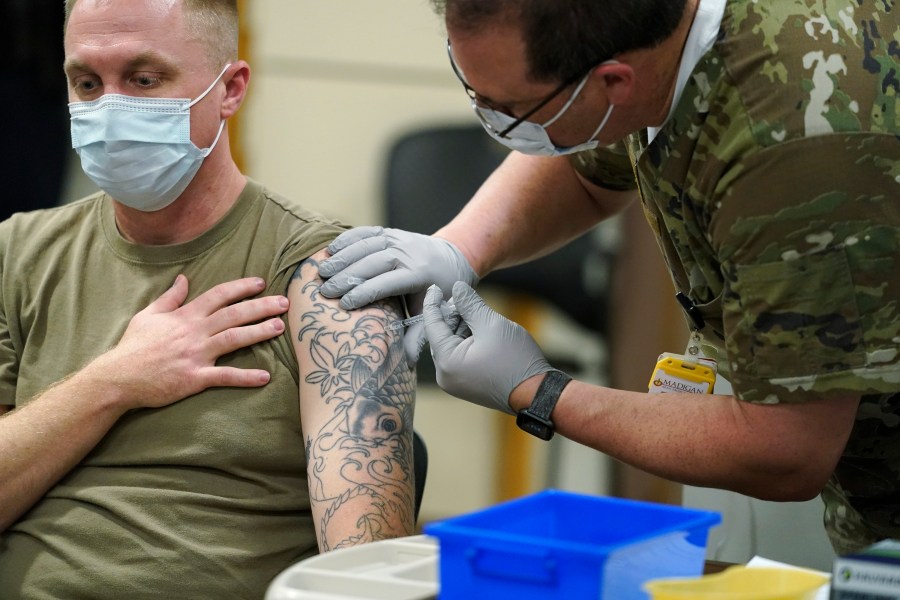 (NewsNation) — Some members of the U.S. military are being forced to pay back thousands of dollars in sign-on bonuses if they voluntarily left the service over the COVID-19 vaccine policy.

However, Secretary of Defense Lloyd Austin rescinded the COVID-19 vaccination mandate for troops as part of the National Defense Authorization Act this year. But the sign-on bonuses were tied to how long a soldier agreed to serve. So, if they left prior to the commitment, they owe the government money back.

Former Lt. Col. Brad Miller left the U.S. Army due to the coronavirus vaccine mandate and doesn’t agree that service members who left because of the mandate should have to pay the government their bonuses back.

“I do not think that this is fair,” Miller said. “I would like to say that this is shocking and surprising. But the sad truth is, this is just more of the same and falls right in line with the other actions that we have seen taken thus far by DOD leadership.”

In terms of the Army’s regulation, recouping sign-on bonuses for ex-military existed before the pandemic. Recoupment of the unearned portion of an enlistment bonus is required by law when a soldier voluntarily separates from service or is separated because of misconduct, according to Army regulations.

But Miller said he believes this is a retaliatory action against those who left for refusing the vaccine.

“I think it is a reprisal that is being taken that looks a lot like other actions that were taken to make exit from the military as painful as possible for those who stood up to DOD and said, ‘You do not have the authority to order what you’re ordering, and I won’t go along with it,'” Miller said.

He said he thinks the U.S. Department of Defense would rather have people believe that these service members breached their contracts rather than failed to fulfill their obligations. But Miller said he believes that the DOD has breached its contract with service members, saying that when service members join the military, they are not told by a recruiter that they would have to participate in, what Miller calls, “medical experiments.”

While Miller believes the coronavirus vaccines are experimental, the CDC and FDA officially approved the first COVID-19 vaccine for use in August 2021.

Regardless, Miller said many people are losing their trust in the DOD. Sen. Ted Cruz (R-Texas) has even introduced legislation that would help service members who left because they refused to get vaccinated get re-enlisted if they wanted to.

While animal origin of Covid-19 remains a mystery, will revised law in China help prevent more diseases jumping from wildlife to people?

GOP vows back pay for troops discharged over vaccine mandate

GOP vows back pay for troops discharged over vaccine mandate