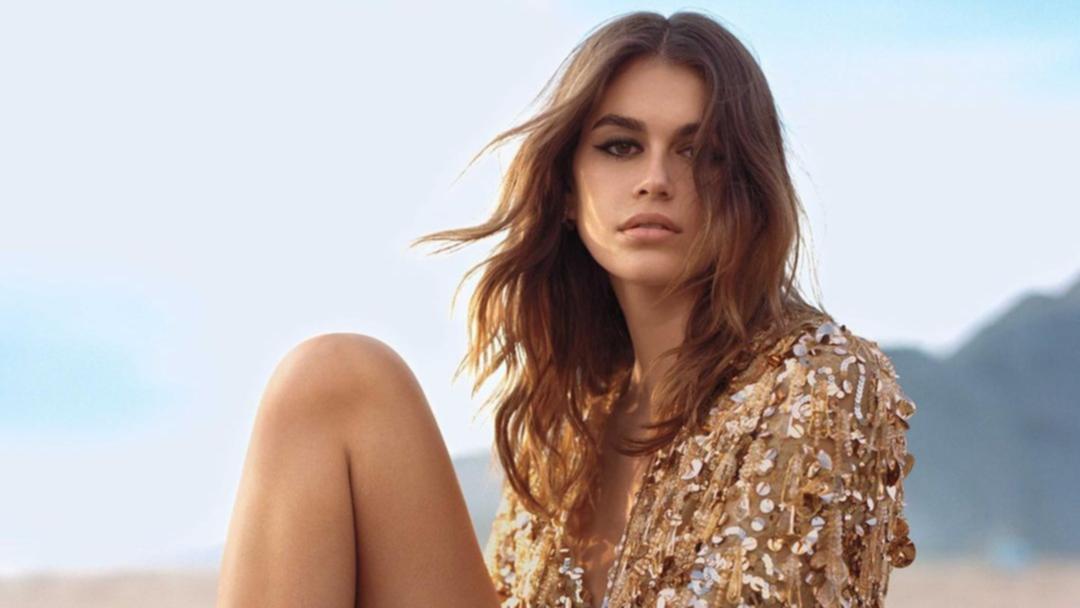 She’s the daughter of a former supermodel and has notched up great success on the catwalk herself.

But Kaia Gerber has raised eyebrows by suggesting that nepotism is not as common as many people think.

She posed for a photoshoot for the US version of Elle and told the magazine: “I won’t deny the privilege that I have.”

“Even if it’s just the fact that I have a really great source of information and someone to give me great advice – that alone I feel very fortunate for.”

“Yes, nepotism is prevalent, but I think if it actually was what people make it out to be, we’d see even more of it,” she said.

“My mum always joked, ‘If I could call and book a Chanel campaign, it would be for me and not you!’ But I also have met amazing people through my mum whom I now get to work with.”

She said nepotism was not such a factor with movie and TV roles, insisting: “With acting, it’s so different.”

“No artist is going to sacrifice their vision for someone’s kid. That just isn’t how art is made and what I’m interested in is art. Also no one wants to work with someone who’s annoying… and not kind.”

Her comments come after New York magazine published a controversial list of ‘nepo babies’ – stars accused of gaining success because of celebrity parents.

The interview is in the February issue of US Elle.

Denial of responsibility! Yours Bulletin is an automatic aggregator of the all world’s media. In each content, the hyperlink to the primary source is specified. All trademarks belong to their rightful owners, all materials to their authors. If you are the owner of the content and do not want us to publish your materials, please contact us by email – [email protected]. The content will be deleted within 24 hours.
CelebrityEntertainmentfashionlifestyle
0
Share

“You have a religious devotion to this sport”: Director on bodybuilding movie “Magazine Dreams”