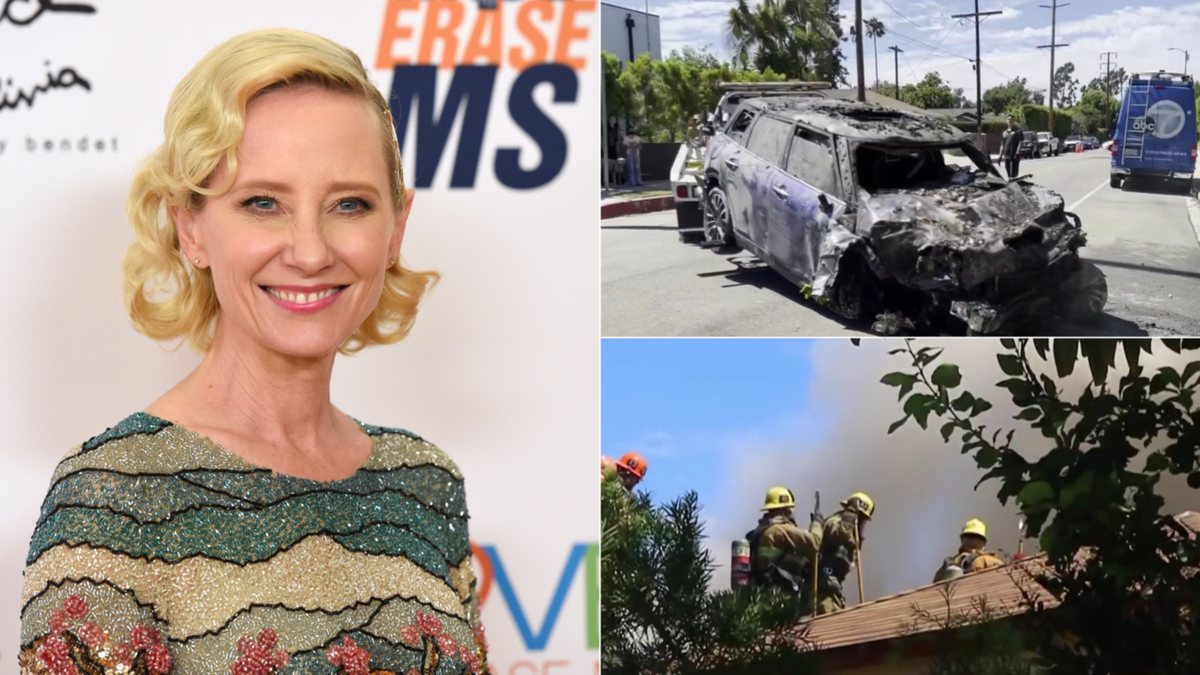 US actress Anne Heche was critically injured in a fiery car crash into a house in Mar Vista on Friday.

The crash was reported shortly before 11am in the 1700 block of South Walgrove Avenue, said Brian Humphrey of the Los Angeles Fire Department.

Watch more on this story in the video above

Police said the driver was speeding down a residential street and launched 30 feet (9 metres) into a home.

The Mini Cooper involved in the crash was speeding and possibly hit a curb before launching through the front yard and into the home.

The homeowner was in the backyard at the time of the crash and was not injured.

A neighbour described what he saw after that driver was rescued.

“The house was tons of smoke. I think they used the crane to move the car to extract the driver. It was crazy.”

Humphrey said the car stopped inside the two-story home that was built in 1952.

The crash caused structural damage and a fire, Humphrey said.

“Fifty-nine firefighters took 65 minutes to access, confine and fully extinguish the stubborn flames within the heavily damaged structure, and rescue one female adult found within the vehicle, who has been taken to an area hospital by LAFD Paramedics in critical condition,’‘ Humphrey said.

Heche, 53, is the former partner of talk show host Ellen DeGeneres, and is known for films including Donnie Brasco and Cedar Rapids.

Pictures and video footage obtained by US media outlet TMZ showed the Emmy-award winning actress driving a blue Mini Cooper, which was later pictured severely damaged at the scene.

Denial of responsibility! Yours Bulletin is an automatic aggregator of the all world’s media. In each content, the hyperlink to the primary source is specified. All trademarks belong to their rightful owners, all materials to their authors. If you are the owner of the content and do not want us to publish your materials, please contact us by email – [email protected]. The content will be deleted within 24 hours.
Car AccidentsEntertainmentNewsNorth America
0
Share

Why the N.B.A. Won’t Schedule Games on Election…