How to watch the U.S.-Wales World Cup replay 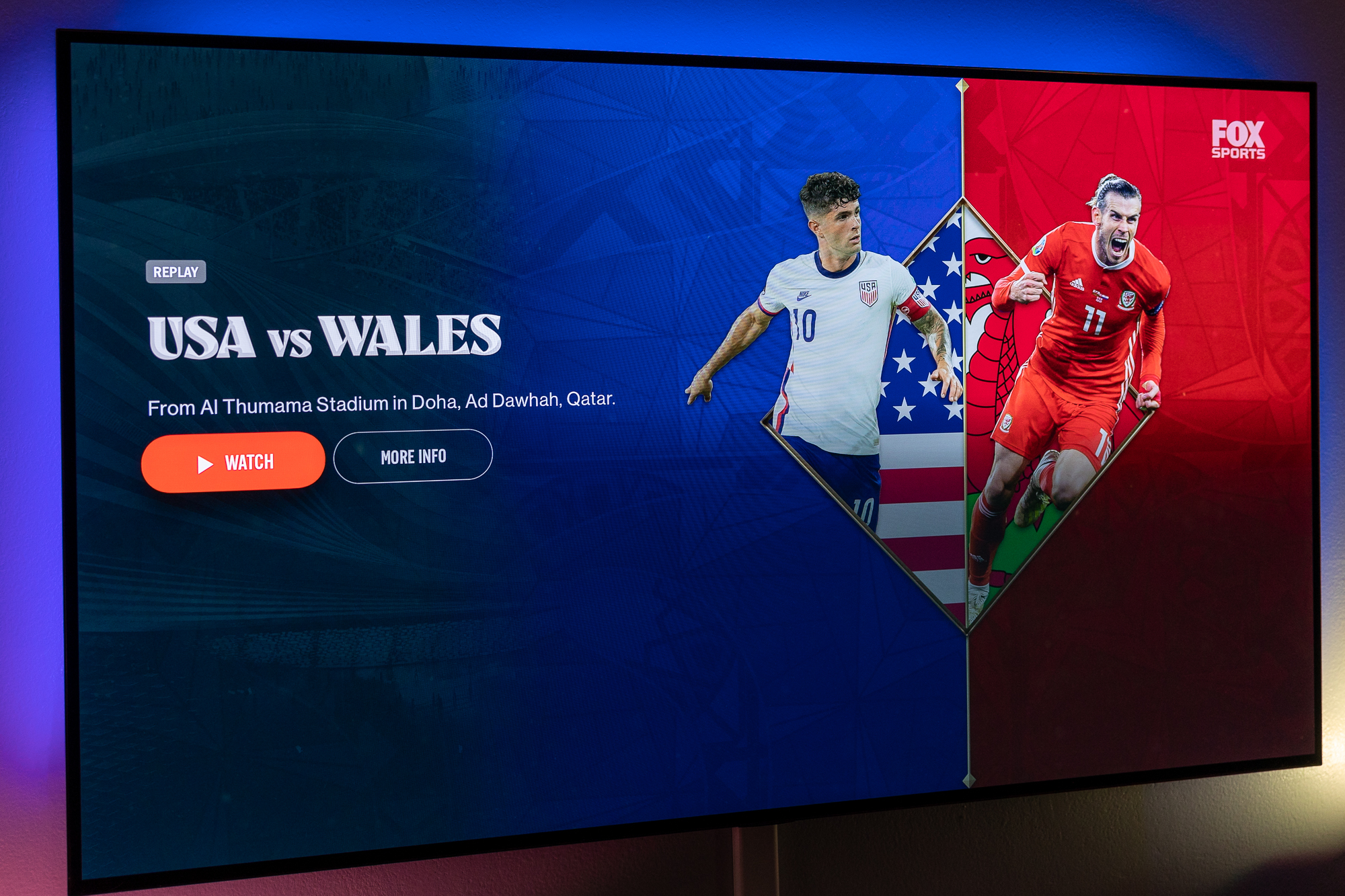 The first game of World Cup 2022 for the U.S. was a heartbreaker. Not in the sense that the U.S. lost to Wales — it most certainly didn’t. But it’s one of those times in which a 1-1 draw feels like a loss at the end of a hard-fought match, with the U.S. having given up a 1-0 lead thanks to a late (but very much correct) penalty.

Football is like that sometimes. All the more reason, then, to catch the U.S.-Wales replay, which is available in a number of places.

If you’re streaming the matches, we’d suggest setting up your service to record the games, if you haven’t done so already. (Some may even do it for you.) That might not do you any good for games gone by, however. But replays are easy to come by.

For the best quality, we’d turn to the Fox Sports app. Fox has the broadcast rights for the World Cup in the United States, and its Fox Sports app is excellent. You will, however, need an existing login to a cable or streaming service to get things going here. But there’s a pretty good chance you either already have that, or know where to find one. Just head into its World Cup hub, and find the game you’re looking for — including U.S.-Wales.

The Fox Sports app is available on mobile devices, and on every major streaming platform, including Roku, Amazon Fire TV, Apple TV, Android TV, Chromecast with Google TV, and on Xbox.

If you’re not subscribed to any streaming services and don’t like the idea of borrowing someone’s login, Tubi is an excellent (and 100% legal!) way to watch replays of all 64 World Cup matches. It’s the advertising-supported on-demand service owned by Fox, and you’ll find a wealth of World Cup content there, too — including the U.S.-Wales replay. You’ll need to sign in, but there’s no fee to watch anything.

Like on the Fox Sports app, you’ll be able to watch the U.S.-Wales replay in 4K resolution, too.

And Tubi isn’t just home to World Cup replays — you’ll also find other original content for the tournament there.

In addition to all things World Cup, Tubi also is home to all kinds of movies and series, both new and old. And you don’t have to pay a dime for any of it. You just have to be willing to sit through some ads every now and then.

Up next for the United States in the group stage is Friday’s match against England, and it should be a monster, with the Three Lions coming off a 6-2 win over Iran in their first match. Kickoff is scheduled for 2 p.m. ET, with the match available on Fox. After that, the U.S. closes out group play against Iran at 2 p.m., November 29. Those games also are on Fox.

Chicken soup, steak tartare: US$75 tasting menu for dogs at San Francisco cafe for canines has treats for humans thrown in too

France’s key to another World Cup is keeping…

An infusion of cash from Congress could keep the…