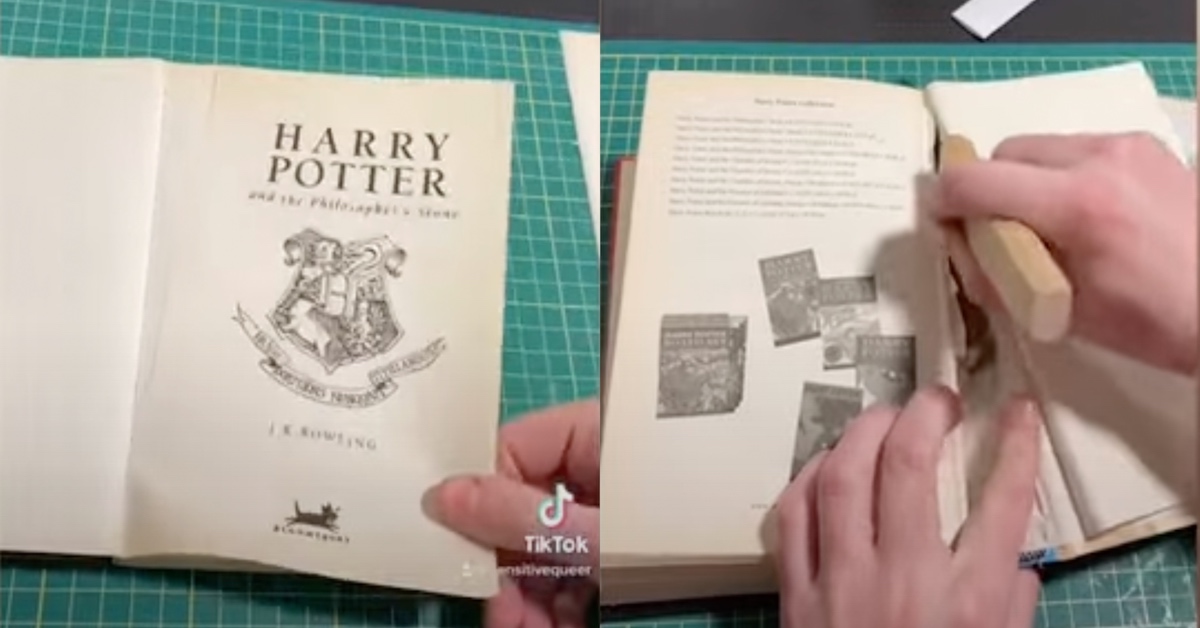 An activist bookbinder is charging to remove author J.K. Rowling‘s name from her own books as part of a protest against her past comments on gender.

J.K. Rowling found her name trending on social media this week after a bookbinder in Toronto released a video replacing the binding on a Harry Potter book from Rowling, removing the author’s name entirely. Rowling’s name is also removed from the copyright and title pages.

The activist is offering the Rowling-less books for sale and accused the novelist of “transphobia.”

“The project is spurred by her transphobia … I was [a fan]. Growing up when I did, it was a given that you would read ‘Harry Potter,’” artist Laur Flom said, according to Fox News.

From said once Rowling’s “views on people like me came out, it left a bad taste in my mouth.” The artist also questioned the “ethics” of reading Rowling in light of her recent controversies.

If you’d like a book with the person’s a name who wrote that book removed, you can purchase a copy for approximately $170 in U.S. dollars or around $1200 for a full set of seven Harry Potter books, according to the artist’s website.

Rowling has said multiple times she supports transgender individuals, but she’s received backlash for being critical of aspects of things like refraining from using gender-specific language.

“I have no irrational fear of or hatred towards trans people in the slightest – as, God knows, I’ve said so many times, but if you’re going to say it’s ‘hate’ not to believe in a gendered soul, then we cannot have a discussion. We can’t,” Rowling said in a December interview. “There’s nowhere to go. The tactic has been no debate, but it is changing.”

The Dolder Grand Zürich hotel review and The Restaurant review