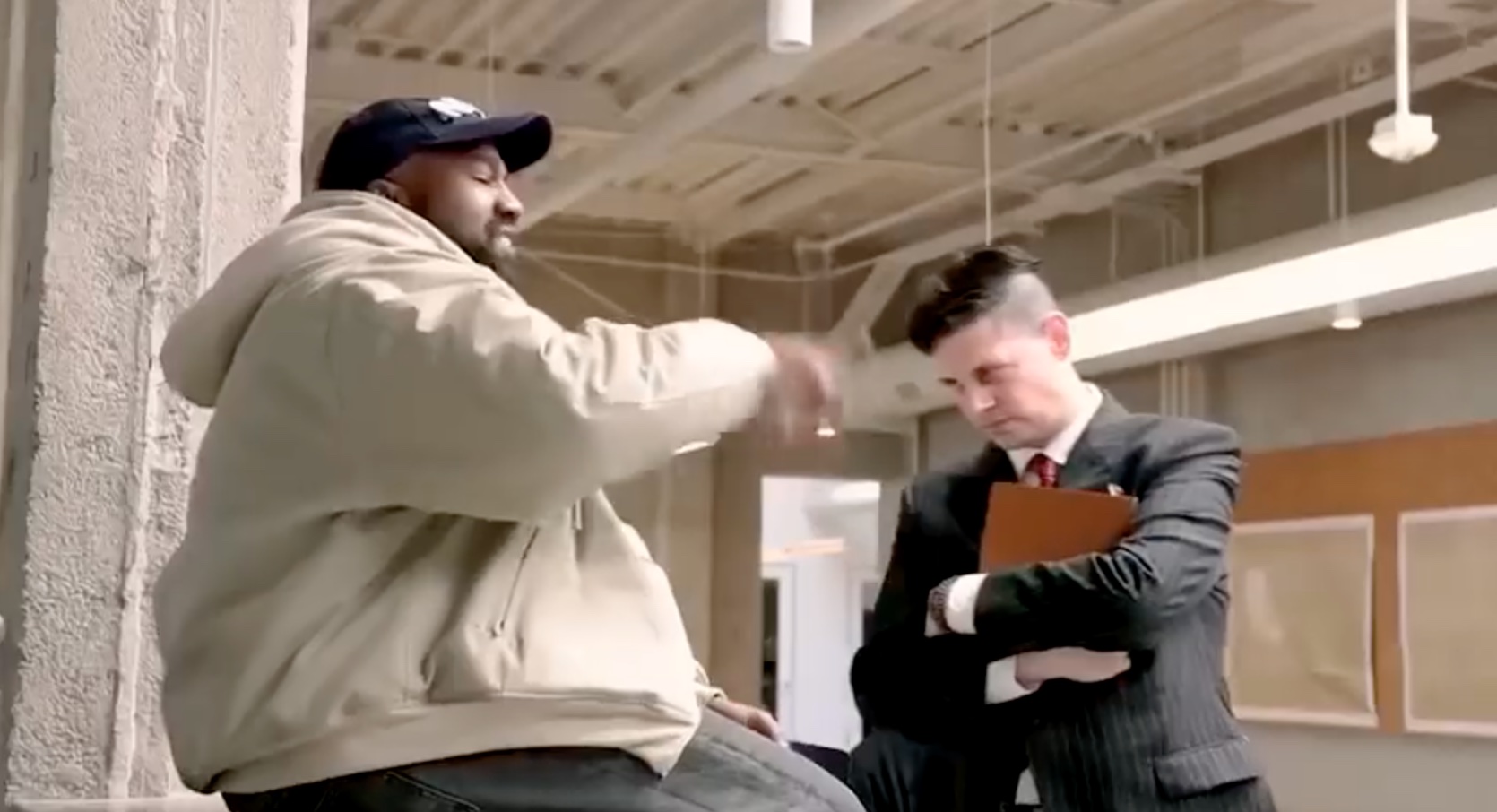 In his latest quest for attention, rapper Kanye West posted a video of him debriefing his and white supremacist Nick Fuentes’ meeting with Trump at the former president’s Mar-a-Lago estate in Florida.

Filmed at “Yeezy HQ” in Los Angeles, Kanye said in the video, posted to his Twitter account on Thursday. Recalling the meeting, which apparently went not well, West said, “I think the thing that Trump was most perturbed about me asking him to be my vice president [in 2024]. I think that was like lower on the list of things that caught him off guard. It was the fact that I walked in with intelligence.”

West noted that Trump was “really impressed” with Fuentes.

“So Trump is really impressed with Nick Fuentes, and Nick Fuentes, unlike so many of the lawyers of so many people that he was left with on his 2020 campaign, he’s actually a loyalist,” he said.

West remarked that he told Trump to remember who is loyal to him.

“When he didn’t know where the lawyers is, you’ll still have your loyalists. And when all the lawyers said, ‘forget it, Trump’s done,’ there are loyalists running up in the White House, right?” he said. “And my question would be, why when you had the chance, did you not free the January Sixers? And I came to him as someone who loves Trump. And I said, ‘Go and get Cory [Lewandowski] back, go and get these people that the media tried to cancel and told you to step away from.’”

Trump cussed out West’s ex-wife Kim Kardashian, according to West.

“He basically gives me this would-be mob-esque kind of story, talking to some kid from the Southside of Chicago trying to sow mobby or whatever. He goes into the story about all that he went through to get Alice Johnson out of jail and how he didn’t do it for Kim, but he did it for me. But then he goes on to say that, ‘Kim is a [BLEEP], you can tell her I said that’ and I was thinking like, ‘that’s the mother of my children.’”

West recalled Trump yelling at him and ridiculing him for launching a 2024 presidential bid.

“Since we know, and all the Christians in America that love Trump, know that Trump is a conservative, we’re going to demand that you hold all policies directly to the Bible,” he said. “When Trump started basically screaming at me at the table, telling me I was going to lose. I mean, has that ever worked for anyone in history? [laughs] I’m like, woah woah hold on hold on Trump, you’re talking to Ye.”

Denial of responsibility! Yours Bulletin is an automatic aggregator of the all world’s media. In each content, the hyperlink to the primary source is specified. All trademarks belong to their rightful owners, all materials to their authors. If you are the owner of the content and do not want us to publish your materials, please contact us by email – [email protected]. The content will be deleted within 24 hours.
election 2024Entertainment
0
Share

Feast and famine for Disney at Thanksgiving box office

What time is Carte Blanche this Sunday?