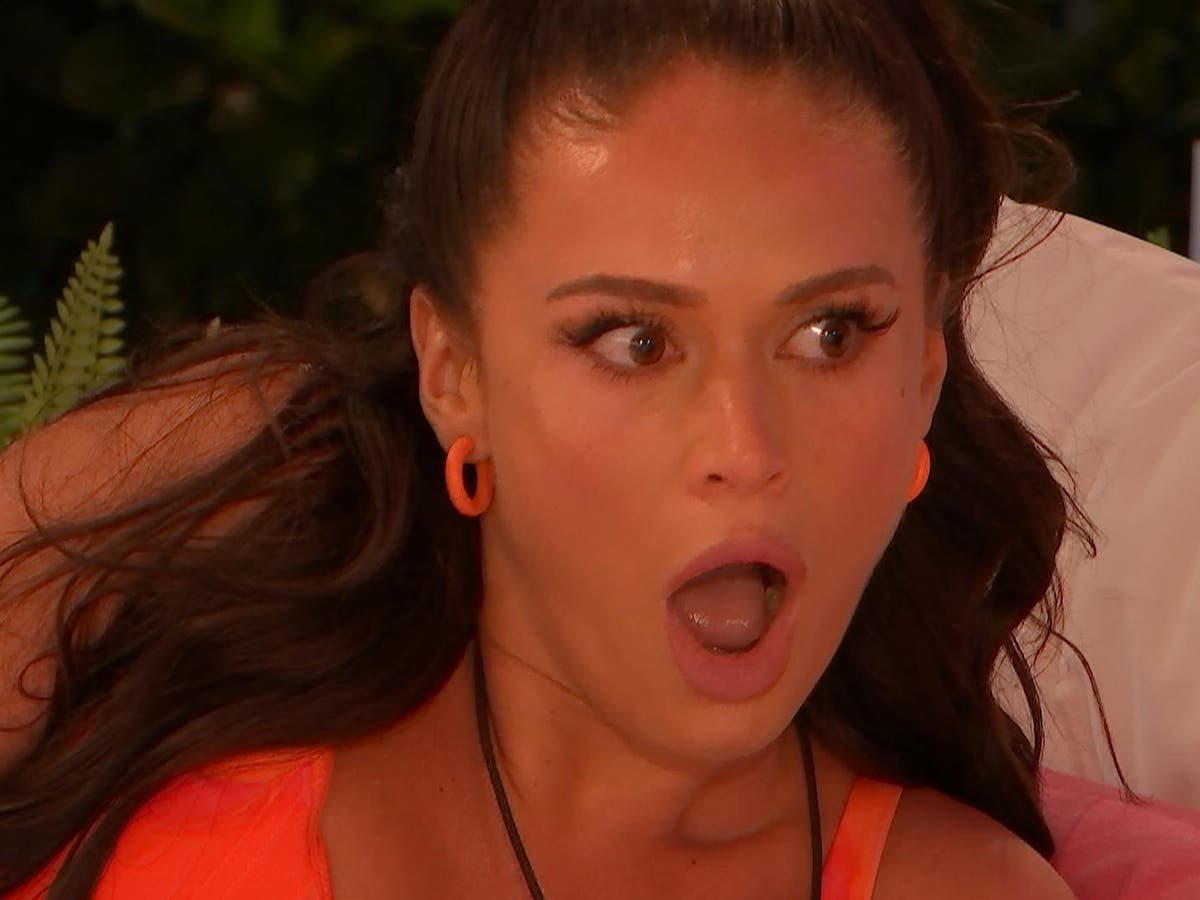 It might be cold here in the UK, but Love Island is officially back with a new cohort of singles travelling to South Africa for a winter of fun.

The ITV2 dating show returned on Monday night (16 January) for its first winter edition since the pre-pandemic 2020 series.

Taking over hosting duties from Laura Whitmore was Maya Jama who made quite the impression on viewers in her debut.

The first episode introduced this year’s initial line-up of islanders – including Will, a TikTok-famous farmer, Olivia, a ring girl and actor, and Ron, the show’s first partially sighted contestant.

With the girls getting first pick, the 10 islanders were eventually paired off into five couples – but it’s still early days and more than a few have already set their sights on someone new.

The public had been voting on who they want to be the first “bombshell” to enter the villa: semi-pro footballer Tom Clare or business development executive Ellie Spence.

Haris has a very specific type of girl in mind

The hit ITV2 reality series pretty much ushered in the age of the “ick” – a term used to describe a typically superifical quality in someone that you find unattractive – but even for Love Island, Haris’s personal tastes are pretty niche.

The TV salesman from Doncaster made it clear that he wants his future girlfriend to have size five feet or smaller. For Europeans out there, that’s equivalent to a 38. How peculiar… His admission raised more than a few eyebrows among viewers on Twitter. Haris seems to have shot himself in his own foot, however, after Maya Jama informs the group that she’s a size six and a half. Tough luck.

Olivia was unafraid to ruffle feathers

Viewers got their first taste of drama thanks to Olivia. The ring girl and actor – who, among other credits, can be seen in Daniel Craig’s No Time To Die – definitely didn’t go for the easy option when it came to choosing her partner.

Both Haris and Will stepped forward for Olivia when she entered the villa, but she only had eyes for Kai despite the fact he was already coupled up with Anna-May. The pairing didn’t last long, however, with Kai soon declaring his interest in Tanyel. Suddenly without a partner, Olivia was left with Will who, as she later told the girls, she is mostly interested in as a friend. Instead, she has her eye on Haris, who is coupled up with Anna-May. Trouble may very well be brewing!

Maya Jama is a hit

Reviews of the series so far have been middling at best (aren’t they always for the first episode? Give it a chance, people) but one thing everyone can agree on is that Maya Jama is a perfect host.

“Is Maya Jama allowed to win?” questioned one viewer, with another adding: “Just give Maya Jama the 50k now.” Someone else joked: “So basically we are all in agreement Maya Jama has won this Love Island series…” You can find out everything we know about Love Island’s new host here.

It’s not a highly anticipated episode of a hit series without a few technical glitches along the way – and Love Island suffered more than its fair share.

Midway through the braodcast, the screen turned to black on multiple occassions, even once flashing green – leaving many viewers to question whether it was a network issue or a problem with their own TV. It turns out the latter was true, so at least you can rest assured that you weren’t the only one who missed out on whatever chirpsing went down between Kai and Tanyel.

Team Shaq and Tanya has formed

Of course, it’s early days but allegiances have begun to form – and if first impressions are anything to go by, it looks like Love Island fans are hoping Shaq and Tanya make it to the end.

Shaq was the only boy to step forward for Tanya, who was the first girl to enter the villa – and it seems he made the right choice, with the pair appearing to have genuine chemistry, something that is in short supply in this Love Island villa… for now, at least.

Tom is ready to stir the pot

The votes are in – and it’s Tom Clare who is the first bombshell to enter the villa. Of course, this being Love Island, the revelation was only announced approximately 90 seconds before the episode ended, meaning that we got only got a mere glimpse of the new bombshell as he entered the villa.

The 23-year-old footballer plays for non-league Macclesfield DC, and has made it no secret that he is happy to make a play for whichever girl he likes – no matter who she’s coupled up with. Given he’s a self-confessed fan of blondes, Ron – who is looking lovey-dovey with Lana – better watch out.

Behind the scenes, another major change has happened, as the contestants have been asked for the first time to make their accounts “dormant” while they appear on the show.

ITV hopes the measure will help protect the contestants’ mental health. Usually, friends and family of the islanders run their accounts while they’re away.

How to sign up for Colorado’s new free preschool program