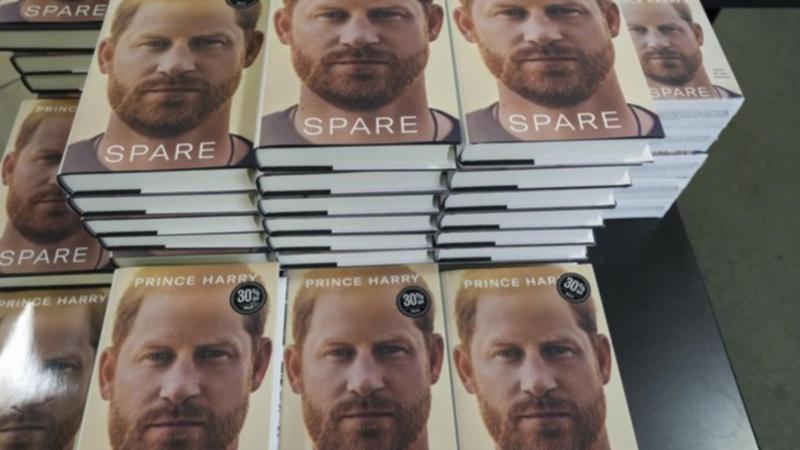 Prince Harry has said he had enough material for two memoirs, but that he held back because he didn’t think his father and brother would “ever forgive” him.

In an interview with British newspaper The Telegraph published Saturday, he also said that releasing his memoir wasn’t an attempt “to collapse the monarchy. This is about trying to save them from themselves.”

“And I know that I will get crucified by numerous people for saying that,” he said.

Harry’s candid autobiography, “Spare,” sold 1.4 million English-language copies on the first day it was published. Many of its revelations and accusations were splashed across the global media this week. In the book, the 38-year-old revealed how his grief at the death of his mother, Princess Diana, affected him, and saw Harry detail his resentment at being the “spare to the heir.”

“It could have been two books, put it that way,” Harry said in the interview. “But there are some things that have happened, especially between me and my brother, and to some extent between me and my father, that I just don’t want the world to know. Because I don’t think they would ever forgive me.”

Harry also said in the interview that he worried about William’s children, saying he felt “a responsibility knowing that out of those three children, at least one will end up like me, the spare. And that hurts, that worries me.”

He said he felt this way despite William making it clear to him that “his kids are not my responsibility.”

Buckingham Palace and Kensington Palace haven’t commented on Harry’s book or his string of media interviews to publicise it.

Denial of responsibility! Yours Bulletin is an automatic aggregator of the all world’s media. In each content, the hyperlink to the primary source is specified. All trademarks belong to their rightful owners, all materials to their authors. If you are the owner of the content and do not want us to publish your materials, please contact us by email – [email protected]. The content will be deleted within 24 hours.
CelebrityEntertainmentlifestyleNewsRoyal familyRoyal Wedding
0
Share