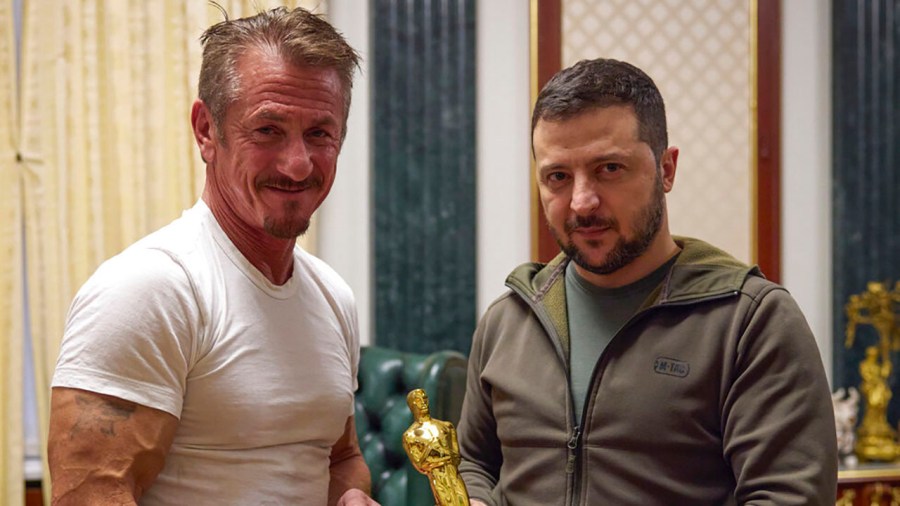 (NewsNation) — Sean Penn has been on the front lines of the war in Ukraine since it began, and the actor and director hopes his upcoming documentary will help keep Americans engaged in a war that has been raging for almost a year.

The two-time Academy Award-winning actor, director and activist co-directed “Superpower,” which features exclusives interviews with Ukrainian President Volodymyr Zelenskyy. The eastern European leader has been an integral part of Ukraine’s external messaging campaign that has sought to drum up support for the war effort and keep Western arm shipments flowing.

Penn noted that Zelenskyy speaks in English during interviews in the film, which he hopes will enable Americans to more easily resonate with the war-time leader and his country.

“The messaging, starting principally from the president, has really been a big player in carrying this story and the interest in it by citizens of the U.S. a lot further than many of us though it would go … and I think so much of that comes down to President Zelenskyy,” Penn said. “English is, in essence, his third language, but he was willing to, at our request, speak English because that was going to be the audience we were looking to target, and I think our film is particular in that way.”

“Superpower” will premiere in February at the Berlin International Film Festival, also known as Berlinale, in a non-competition portion that will pay tribute to Ukraine. The festival will also screen nine Ukrainian films and host a panel “regarding financing options for Ukrainian audio-visual content, highlight co-production and co-financing possibilities and present funding opportunities.”

Penn and his co-director Aaron Kaufman were in Ukraine before the invasion began, and the documentary is a “project that reality forced to change in to something less controllable but more meaningful,” according to a description on the festival site.

During his time directing the film, Penn said he has witnessed firsthand the ability of people to come together for a greater cause, no matter their differences.

“We have a great diversity of ideologies in this country. Ukraine doesn’t have any less diversity of ideologies, but what happens is you sort of step into that which you thought you were born into in the United States when you go to Ukraine,” Penn said. “You really feel what a democratic, unified community the entire country has become.”

Pompeo: Mexico could be a launch point for terrorist attacks

The West has tried to remain unified in its support for Ukraine, and a major breakthrough came Wednesday when the United States agreed to send 31 M1 Abrams tanks to the battlefield. The 31 tanks are the equivalent of one Ukrainian battalion, President Joe Biden said, calling the Abrams “the most capable tanks in the world.”

The German government also confirmed earlier Wednesday itthat will provide Ukraine with Leopard 2 battle tanks and approve requests by other countries to do the same.

Zelenskyy had been pushing the West for tanks, but the White House previously said they were unsuitable for the war. It is not clear when or how the tanks would be delivered to Ukraine, or how soon they could have an impact on the battlefield.

As the war has dragged on, U.S. support for sending aid to Ukraine has slipped in some area. A recent poll from the Chicago Council on Global Affairs found that the share of Americans who believe the U.S. should support the country “for as long as it takes” has dropped 10 percentage points since the summer.

Penn wants to keep the conversation front and center by telling the story of the Ukrainian people.

“Film at its best offers a kind of humanization of something this far away and is upsetting, to say the least. Part of the battle is to hold onto the caring humanity, and I think that we are so concerned about being ‘happy’ that we don’t let happiness kind of comingle with the things that are upsetting in life.”

But accpting that happiness and tragedy are both part of life creates “a richer experience of what we’re born here for,” Penn said. He hopes the movie will encourage “Americans to join in carrying the burden of what’s happening in such an extraordinary moment of time in Ukraine, being met by the Ukrainians on a level that is inspiring to all.”