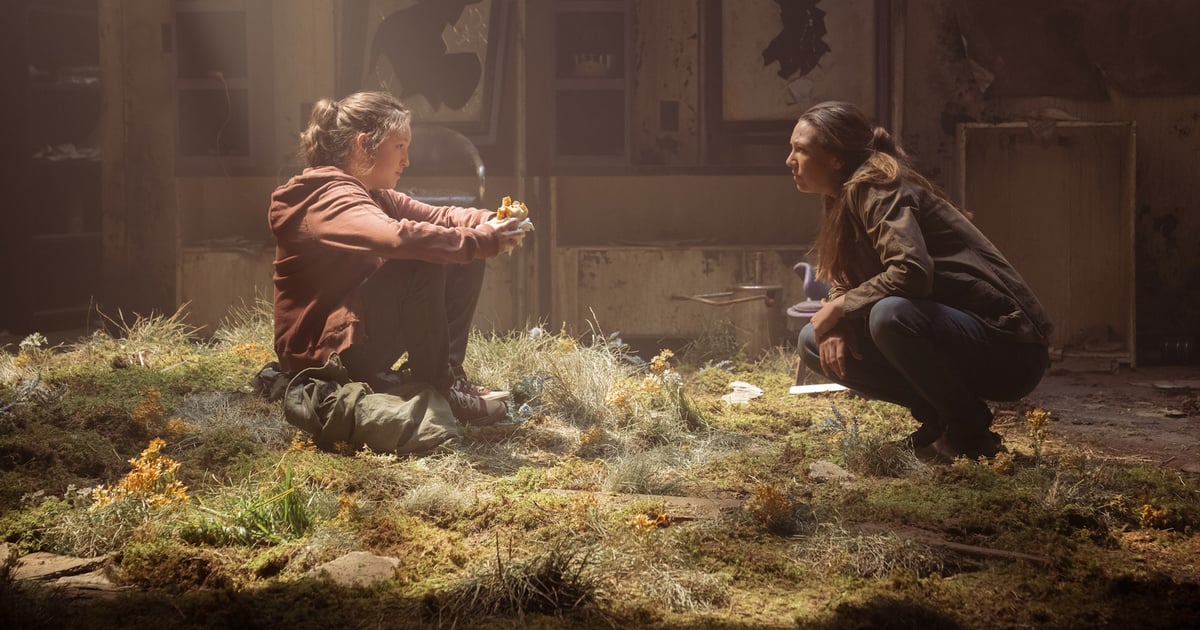 HBO’s newest series, “The Last of Us,” is about a world transformed by a dangerous infection that turns people into zombies. Based on a video game of the same name, the horror show follows Joel (Pedro Pascal), a hard-edged smuggler, and Ellie (Bella Ramsey), the 14-year-old girl he’s tasked with bringing across the country. Together, they face dangers from their fellow survivors — who are desperate to do anything to stay alive — and, of course, from the strangely beautiful zombies. And part of that unique zombie look is because of the fungal infection at the center of the show.

Something that separates “The Last of Us” from other horror series like “Resident Evil” is that it’s not a virus that causes all these people to turn into zombies: it’s a fungal infection. Ahead, we’re breaking down “The Last of Us” fungus, its implications for the rest of the game, and if it could happen in real life.

What Is the Disease in “The Last of Us”?

The disease in both “The Last of Us” TV series and game is called the Cordyceps brain infection, and it’s caused by the Cordyceps fungus. The TV series smartly explains its implications at the start of the first episode in a flashback of two scientists discussing pandemics on a ’60s talk show. One scientist explains how his biggest concern is a flu-like virus spreading (not unlike COVID-19).

But the other scientists says that while viruses are definitely a big deal, people always beat them. He’s much more worried about the potential of fungus, and everyone laughs. He warns that some fungi don’t try to kill their host, but to control. “Viruses can make us ill, but fungi can infect our very minds,” he warns. He talks about a fungus that ants can be infected with that controls the ant and also eats the ant, turning it into a puppet. Fungus, he points out, can’t thrive at higher temperatures (like in humans), but he warns that global warming could make any fungus — including Cordyceps — evolve, creating “billions of puppets with poisoned minds” intent on spreading the infection and making a treatment or cure would be totally impossible.

In the world of “The Last of Us,” the fungus has evolved so it could take over in humans.

Where Did the Fungus in “The Last of Us” Come From?

In “The Last of Us” video game, the virus began to spread in South America before coming to the United States in 2013. In the television series, the fungus spreads in 2003. Sarah (Nico Parker) and Joel hear news reports at home about it spreading from Jakarta, Indonesia.

What Are the Stages of Infection in “The Last of Us?”

The fungus has four stages of infection once it starts to grow in a host. The first one begins within two days of infection. That’s when the person loses higher brain function, becomes extremely combative, and can no longer reason. In essence, that’s when they turn into a zombie. In the game and show, survivors call these runners. The next stage takes place within two weeks. The infected will start to grow fungus from their head and they will begin to lose their sight. These are called stalkers. After a year, they enter stage three where they will completely lose their sight, making them use echolocation. They use audible clicks to help them see, so the survivors call them clickers. If an infected manages to survive for over a decade, they reach stage four, where they’re called bloaters. They are completely covered in fungus, making their bodies much larger, and they can also send spores into the air.

If an Infected dies, their bodies can grow and spread for some time.

How Do You Become Infected With the Fungus in “The Last of Us”?

The most common method of infection is to be bitten, but in the video game, breathing in fungus spores can also do the trick. That’s why most survivors carry gas masks, which filter the spores out.

However, show creators Neil Druckmann and Craig Mazin told Collider on Jan. 6 that they didn’t want to use gas masks, so they had to come up with new attributes for the fungus. Druckmann explained, “Eventually, those conversations led us to these tendrils. And then, just thinking about how there’s a passage that happens from one infected to another, and like fungus does, it could become a network that is interconnected. It became very scary to think that they’re all working against us in this unified way, which was a concept that I really liked, that got developed in the show.” So in the show, the infected are connected, like real fungus, through tendrils of the fungus.

Can Dead People in “The Last of Us” Be Infected?

The fungus requires a living host, so dead people cannot become infected with it.

How Do the Infected Die in “The Last of Us?”

Those infected can be killed by survivors the same ways humans can. It also seems like in the TV series some infected just naturally die off and become harmless.

Could “The Last of Us”‘s Brain Infection Become Real?

It’s pretty unlikely, but not impossible, that “The Last of Us”‘s Cordyceps brain infection could become real for humans. Cordyceps is a real fungus, and Ophiocordyceps unilateralis, a type of Cordyceps, has spread wildly through the insects of South America and makes them behave erratically. Disease biologist and Penn State University’s professor of entomology and biology David Hughes told Fandom in an article first published in 2019 that people get fungal diseases all the time. “If you’re immunocompromised, a fungus is most likely what’s going to kill you, especially, say, if you’ve got AIDS. In fact, fungi kill more people than malaria — 1.3 million people die every year because of fungal diseases. So there’s no reason why we can’t get these diseases,” he explained.

He said there are a few different issues posed by “The Last of Us.” (He was also a consultant for the video game.) The first is if a fungus could control human behaviors. He told Fandom there are cases of humans ingesting fungi that changed their behavior, so that part is definitely possible.

The bigger issue would be the fungus crossing over to humans. He said it’s unlikely to jump from ants to humans, since humans don’t eat ants in large quantities; most diseases come from animals we do eat. Fungi don’t typically spread as widely as other diseases anyway. However, he told Fandom, the ants could give it to another animal that could give it to humans. And, in the case of a natural disaster with lots of flooding, that would be the perfect environment for fungi to grow.

Vaccinologist Christine Rollier said in a 2016 video about the video game for Wellcome Trust that if this disease was real in humans, it would take scientists about 20 years to find a cure. In the world of the show, which is primarily set 20 years after the fungus first spreads, there is no cure or vaccine.