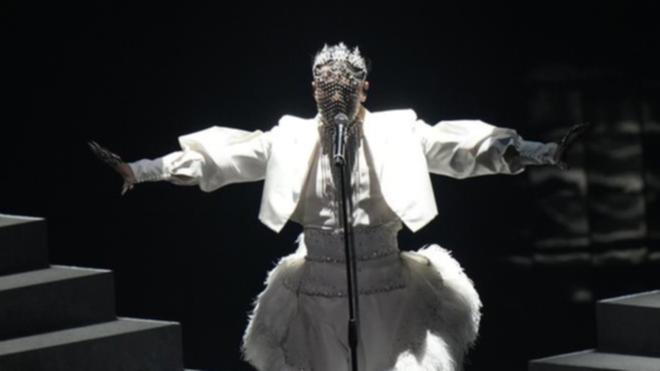 Australia’s Sheldon Riley missed out on a top-ranking spot at the Eurovision Song Contest while Ukraine took out the number one spot.

Riley, 23, gave an impassioned performance of his song Not the Same at the competition in Italy but it wasn’t enough to finish in the top 10.

Ukrainian folk-rap group Kalush Orchestra was announced the winner after performing their song Stefania in the grand final on Saturday night.

After their performance the lead singer made an impassioned plea to free people still trapped in a besieged steel mill in the Ukrainian port city of Mariupol.

The contest winner is chosen in equal parts by panels of music experts in each competing nation and votes by the viewing public – leaving room for an upset.

Australia has not won the Eurovision competition, which has steadily expanded its borders beyond continental Europe, but has been a fan favourite in recent years scoring a top-10 finish four times.

The winner takes home a glass microphone trophy and a potential career boost.

Twenty bands were chosen in two semifinals this week, and were competing along with the Big Five of Italy, Britain, France, Germany and Spain, which have permanent berths due to their financial support of the contest.

The Ukrainian act was the favourite to win, as the country continues to resist Russian forces.

Radio 1 DJ Scott Mills, who was commentating for BBC Three, said: “Because of the current situation, the band weren’t able to meet to rehearse until about six weeks ago.

“Frontman Oleg joked that he doesn’t think the lack of rehearsal time will affect their performance because they’re very attractive men.”

Denial of responsibility! Yours Bulletin is an automatic aggregator of the all world’s media. In each content, the hyperlink to the primary source is specified. All trademarks belong to their rightful owners, all materials to their authors. If you are the owner of the content and do not want us to publish your materials, please contact us by email – [email protected]. The content will be deleted within 24 hours.
EntertainmentItalymusicNewsUkraine
0
Share

Social Media Managers Can Now Post to TikTok from…