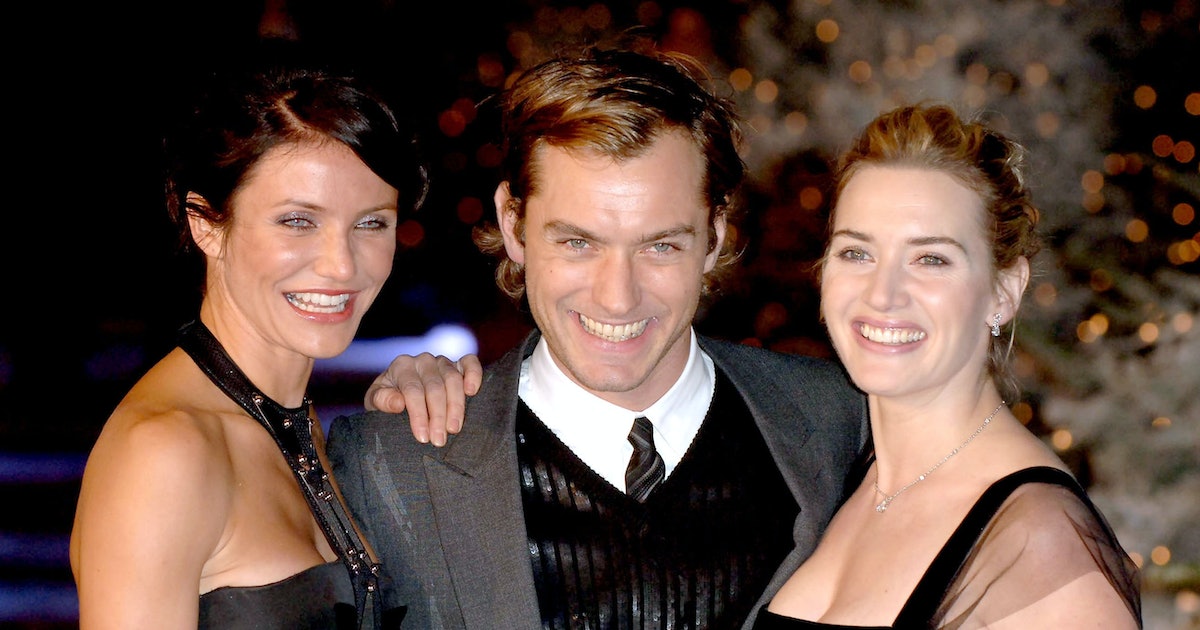 For a brief moment this morning, the Internet believed The Holiday, director Nancy Meyer’s beloved 2006 holiday romcom, was getting a sequel. The news made sense—original star Cameron Diaz (who shared top billing with Kate Winslet) has recently come out of retirement following an extended break in acting to take a role in an upcoming Netflix action flick. A return to romantic comedies being in the works wasn’t too far off.

Plus, Hollywood certainly is sequel- and reunion-friendly lately (see: Hocus Pocus 2, And Just Like That…, Top Gun: Maverick, as just a few examples). The original film made a cool $200 million at the box office back in its day, and has continued to be a winter rewatch favorite. Reports claimed The Holiday 2’s deals were all but done, and that male leads Jude Law and Jack Black were also set to return.

Nancy Meyers herself was tasked with shattering any excitement surrounding the rumors. She screen-capped one of the spurious headlines on Instagram, and simply wrote, “So many DMs about this—sorry, but it’s not true.”

“💔,” wrote Katie Couric in the replies.

The official Instagram of the Academy of Motion Picture Arts and Sciences, which did not actually nominate the original film for any Oscar awards, simply wrote, “😭😭😭.” The Teen Choice Awards, which did honor the film as “Choice Movie: Chick Flick,” has not weighed in on the matter.

So, what happened here?

As it turns out, the promise of another heartwarming tale about finding love in hopeless holiday places has turned into a poignant reminder not to believe everything you read online.

The report originated in the British tabloid The Sun (owned by Rupert Murdoch’s News Corp). “The plan is to start rolling on scenes next year, primarily in the U.K. and in Europe, but the main talent are all signed up and on board,” claimed their source. Another British tabloid, The Daily Mail, further amplified the story by repeating The Sun’s apparently dubious reporting. That’s where Meyers read it, and promptly screen-shotted it to shoot it down.

Both tabloids have a historically loose relationship with the truth (and we’ll add a media literacy tip into the mix as well: any major Hollywood news that isn’t quickly confirmed by Variety, The Hollywood Reporter or Deadline should usually be considered mere rumor—under most circumstances.)

Meyers, meanwhile, can be considered an especially trustworthy source. She not only directed the original, but wrote and produced it as well. Nothing would happen to her baby without her knowing.

Winslet further confirmed as much, telling People, “I promise you, not an agent or a representative or anyone from the first one around has had any conversation with me about that. Hand on heart, that’s never come up.”

But we do have some good news for Meyers fans. She does actually have her first film in seven years in the works, and this is something we read on Deadline. Earlier this year, she signed on to direct an untitled ensemble comedy for Netflix.

For the record, The Holiday is currently streaming on Hulu.

Filipino actress Dolly de Leon on her role in Triangle of Sadness, 2022 Cannes Film Festival winner, and why she’s ‘up for any challenge’