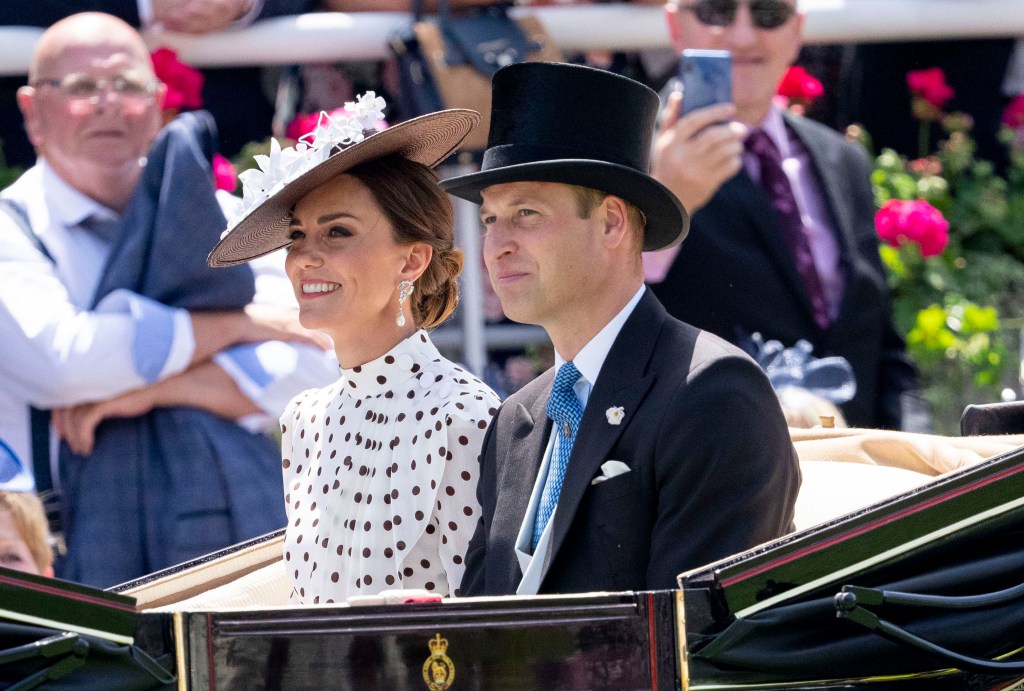 The duke and duchess appear in the portrait side-by-side, looking off-center. Middleton is seen wearing an emerald-hued, knee-length The Vampire’s Wife dress, which she wore during a press tour of Ireland in March 2020. She is also depicted wearing matching green Manolo Blahnik heels and a pearl brooch. Prince William is painted wearing a black suit with a blue tie.

Coreth released a statement on painting the official portrait, stating: “It has been the most extraordinary privilege of my life to be chosen to paint this picture. I wanted to show Their Royal Highnesses in a manner where they appeared both relaxed and approachable, as well as elegant and dignified. As it is the first portrait to depict them together, and specifically during their time as The Duke and Duchess of Cambridge, I wanted the image to evoke a feeling of balance between their public and private lives. The piece was commissioned as a gift for the people of Cambridgeshire, and I hope they will enjoy it as much as I have enjoyed creating it.”

The portrait’s unveiling comes just two days after Prince William turned 40. The prince celebrated his birthday with his own portrait. Prince William appeared on the cover of “The Big Issue,” a street newspaper that offers homeless people an opportunity to work and earn an income.

The Duke and Duchess of Cambridge’s portrait will be on display for three years at the University of Cambridge’s Fitzwilliam Museum. It will then be displayed in other areas in Cambridgeshire. The portrait will also be loaned to the National Portrait Gallery next year to celebrate the gallery’s reopening.

Meta to Shut Down Digital Wallet Novi Less Than a…

OPEC+ oil boost likely not much help to high gas…

The Art Gallery of Western Australia set to launch…