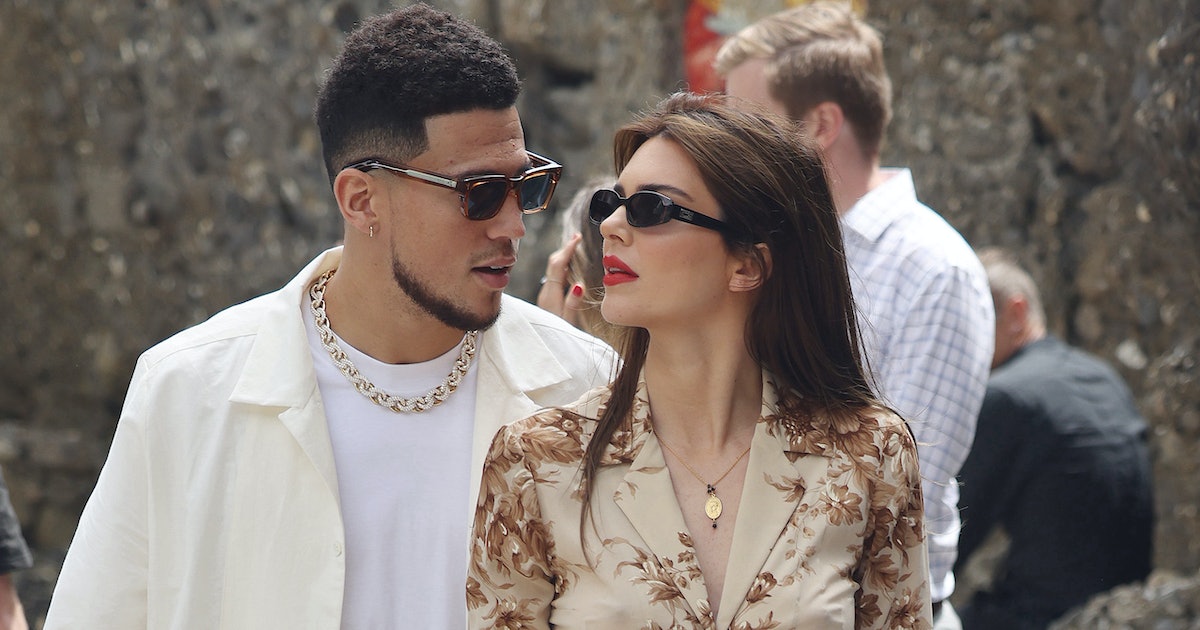 Kendall Jenner and Devin Booker seem to be no more. On Wednesday, E! News reported that a source close to the 26-year-old model has ended her relationship with the 25-year-old NBA player after two years. “Kendall and Devin hit a rough patch recently and have been split for about a week and a half,” the source said. Apparently, they had “a really nice time” at Jenner’s sister Kourtney Kardashian’s wedding (slash Dolce & Gabbana fest) last month, but upon returning from Portofino, Italy, they concluded that their “lifestyles” were too far apart. “They have been in touch since and do care about one another,” the source continued, noting that the breakup may not be permanent. “They both hope to make it work, but as of now, they are split.” Both Jenner and Booker have yet to publicly address the reports.

Jenner and Booker were first seen together while Jenner was also hanging out with her then boyfriend Ben Simmons (also a basketball player) and Jordyn Woods, in 2018. Per usual, Jenner kept the fact that she ended up getting together low-key. It wasn’t until April of 2020 that they all but confirmed the rumors where true by road-tripping through Arizona, flouting California’s statewide orders to avoid people outside of one’s household. It took until Valentine’s Day of 2021 for them to go Instagram official, sharing photos of each other for the very first time. When they resurfaced on each other’s grids that June, it was to celebrate their one-year anniversary. Booker confirmed that they were still dating in March of 2022 when he told WSJ Magazine that it wasn’t so hard to be in a relationship in the public eye: “Honestly, I’m enjoying life to the fullest, and that came off my tongue so easily because it wasn’t always this way, but I feel like I’m in a good place right now.”

Now that Jenner is (reportedly) single, her family is now readier than ever to pounce. The 26-year-old model has repeatedly said that Kris Jenner and co. regularly nag her to have kids and get married.

The Ohio State University Trademarks ‘The’

Stand-up comic Luisa Omielan talks to ME & MY…