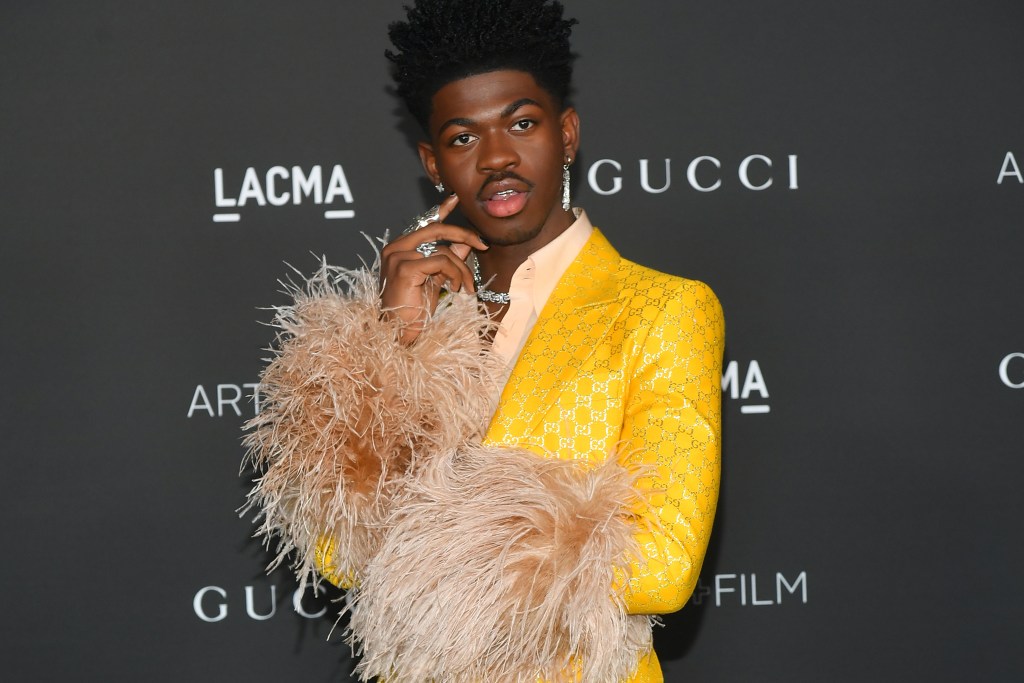 New music from Lil Nas X will be available soon.

This week, the rapper posted an Instagram post wearing an all-blue look by Louis Vuitton, wearing a hoodie from the French label and jeans that are at his ankles and white platform boots as he sits on the toilet next to a duffel filled with money against a royal blue backdrop.

The single comes after Lil Nas X’s successful release of his debut album “Montero” last year, which featured hits such as “Montero (Call Me By Your Name),” “Industry Baby” with Jack Harlow and “That’s What I Want.”

On Thursday, the rapper posted another video promoting his single while also dissing the BET Awards in a video imitating the famed “Star Wars” introduction. The response comes after the award-winning artist received no nominations for this year’s edition. After the nominations were released, the rapper wrote a series of tweets on the greater issue of “homophobia in the Black community.”

“This not over no bet award this is about the bigger problem of homophobia in the black community, y’all can sit and pretend all u want but imma risk it all for us,” he wrote in one tweet.

this not over no bet award this is about the bigger problem of homophobia in the black community, y’all can sit and pretend all u want but imma risk it all for us.

This year marked the second consecutive year that Lil Nas X was not nominated for any BET Awards.

From there, the rapper has continued to make fashion-forward statements with his outfits for high-profile events and red carpets, wearing the likes of Balmain and Versace.

Most recently, Lil Nas X wore seven different outfits, all designed by Balmain, for the 2022 Grammys, in which he performed. At the 2021 Met Gala, he did three outfit changes, featuring all-gold looks by Versace.

One Prime Day is enough, Amazon

Warning for BILLIONS of WhatsApp users to change…