Was ‘The White Lotus’ Season Finale Inspired by a Classic Italian Film? 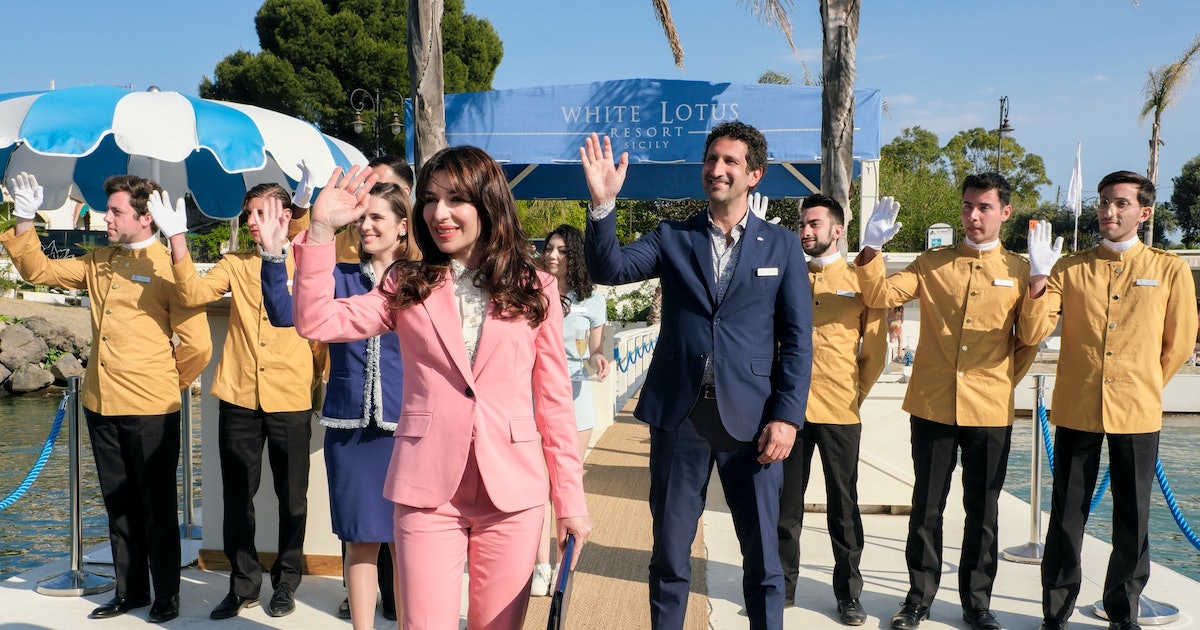 A group of wealthy friends on vacation in Italy are tested after a turn of events leaves them questioning their entire existence. This plot isn’t too far from the subject matter in The White Lotus’s sophomore season—but it also fits the narrative of Michelangelo Antonioni’s classic Italian drama, L’Avventura. The film’s influence has not been lost on audiences quick to spot a cinematic homage showrunner Mike White made to the film in episode three. And White himself has acknowledged the link, saying in a recent interview with Variety, “L’avventura is about the desperate search for the meaning of life as much as the actual disappeared woman. Obviously, White Lotus touches on the malaise of wealthy people and that kind of search for meaning when you’re lounging by an infinity pool.” Given the new season was filmed in the exact same location, and White, along with cinematographer Xavier Grobet, pointedly made visual references to Antonioni’s classic, it’s plausible that the fate of L’Avvetura’s protagonists holds clues to what will become of our beloved guests at The White Lotus in Sicily.

Winner of the Jury Prize at the 1960s Cannes Film Festival, L’Avventura follows the OG blonde-brunette duo, Anna and Claudia, on a yacht trip with their friends and Anna’s boyfriend, Sandro—when Anna unexpectedly disappears. While searching for their friend, a rather untimely affair between Sandro and Claudia begins to unfurl, and the two grapple with the moral complexities of their romance. Right before her disappearance, Anna—a mysterious, mischievous character who always keeps her cards close—tells Sandro she is doubtful of their relationship. Both the audience and Claudia (rightfully so) are left wondering whether Sandro had anything to do with her disappearance. But as the hours pass, Claudia’s concerns dim and are replaced by a rather unexpected lust for her missing best friend’s boyfriend. The two begin an affair while searching for Anna, but their escapade comes to a screeching halt when Claudia finds Sandro with a prostitute.

The short-sighted betrayal happens faster than you can say “grazie,” leaving the audience in a pit of speculation: was this Sandro and Claudia’s plan all along? Is Anna the original Gone Girl? Did Sandro kill Anna to get to Claudia? And why does this feel eerily familiar to what’s happening in season two of The White Lotus?

From the tragedy to the brash interpersonal relationships, the characters of L’Avventura appear to be an amalgamation of The White Lotus cast, especially Aubrey Plaza’s character, Harper. At some points, Harper’s callous behavior recalls Anna’s disposition, which could foreshadow Harper going “missing,” too. (After all, it was her character in Noto who mirrored Monica Vitti.) In the same breath, Harper feels like Claudia, a woman desperately grappling with conflicting emotions of morality, only to fall into the hands of the wrong person. If Mike White is using L’Avventura as narrative inspiration, could this serve as a hint that Harper and Cameron actually did hook up? When attempting to dissect which of the men was most like Sandro—deceptive, impulsive at the expense of the women in their lives—I realized it was all of them, except for maybe Albie (maybe).

This may not forecast what is going to happen in the season finale, but drawing the line in the sand between shared themes of sex, wealth, and the existential could justify what moves the guests of The White Lotus could make. If, in fact, White is directly mimicking the commonality of affairs, almost normalizing sex as a valid form of escapism, we could conclude that whether or not Harper actually had an affair, Ethan may use this as justification to seek revenge.

All in all, the question of who is going to die on The White Lotus, in the same stroke of wondering what happened to Anna in L’Avventura, may not be the most pertinent question. Rather, how will the incidents that took place during their vacation change them, if they’re lucky to leave Italy alive? One thing’s for sure: when Tanya, played by Jennifer Coolidge, asked for a vacation like Monica Vitti, she got it.

Christmas tamales, holiday music and more to do in Denver this weekend