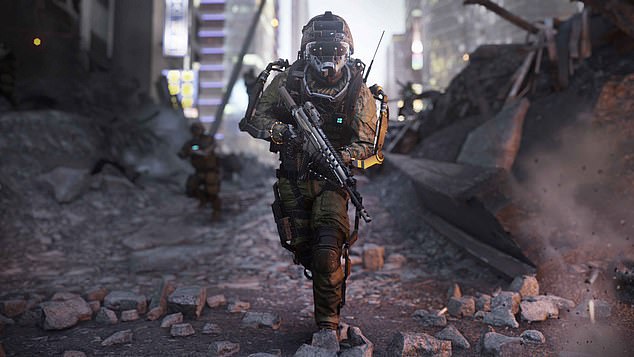 By Leah Montebello For The Daily Mail

The blockbuster takeover of Call of Duty maker Activision Blizzard by Microsoft is in fresh doubt as yet more regulators scrutinise the £56billion tie-up.

The European Commission will hand the tech giant a charge sheet in the coming weeks listing competition concerns over the largest video game acquisition of all time, Reuters reported.

The main concern from regulators is that Microsoft – which makes the Xbox games console – could damage the video games market by restricting access to Activision games such as Crash Bandicoot and Guitar Hero and give unfavourable terms to its rivals.

Competition fears: Regulators are concerned Microsoft could damage the video games market by restricting access to Activision games such as Call of Duty (pictured)

The UK competition watchdog is also probing the takeover, which was agreed by Microsoft last January as it tries to keep up with video game big shots Sony and Tencent.

Earlier this month, the Competition and Markets Authority (CMA) delayed its decision on whether to block the deal, pushing the deadline from February to the end of April. The CMA blamed the ‘complexity of the investigation’ and the ‘large volume of evidence’.

US competition regulators said they will go to court to block the deal.

The Federal Trade Commission Bureau of Competition said: ‘Microsoft has already shown that it can and will withhold content from its gaming rivals.’

A Microsoft spokesman said: ‘We’re continuing to work with the European Commission to address any marketplace concerns. Our goal is to bring more games to more people, and this deal will further that goal.’

Denial of responsibility! Yours Bulletin is an automatic aggregator of the all world’s media. In each content, the hyperlink to the primary source is specified. All trademarks belong to their rightful owners, all materials to their authors. If you are the owner of the content and do not want us to publish your materials, please contact us by email – [email protected]. The content will be deleted within 24 hours.
dailymailmoney
0
Share